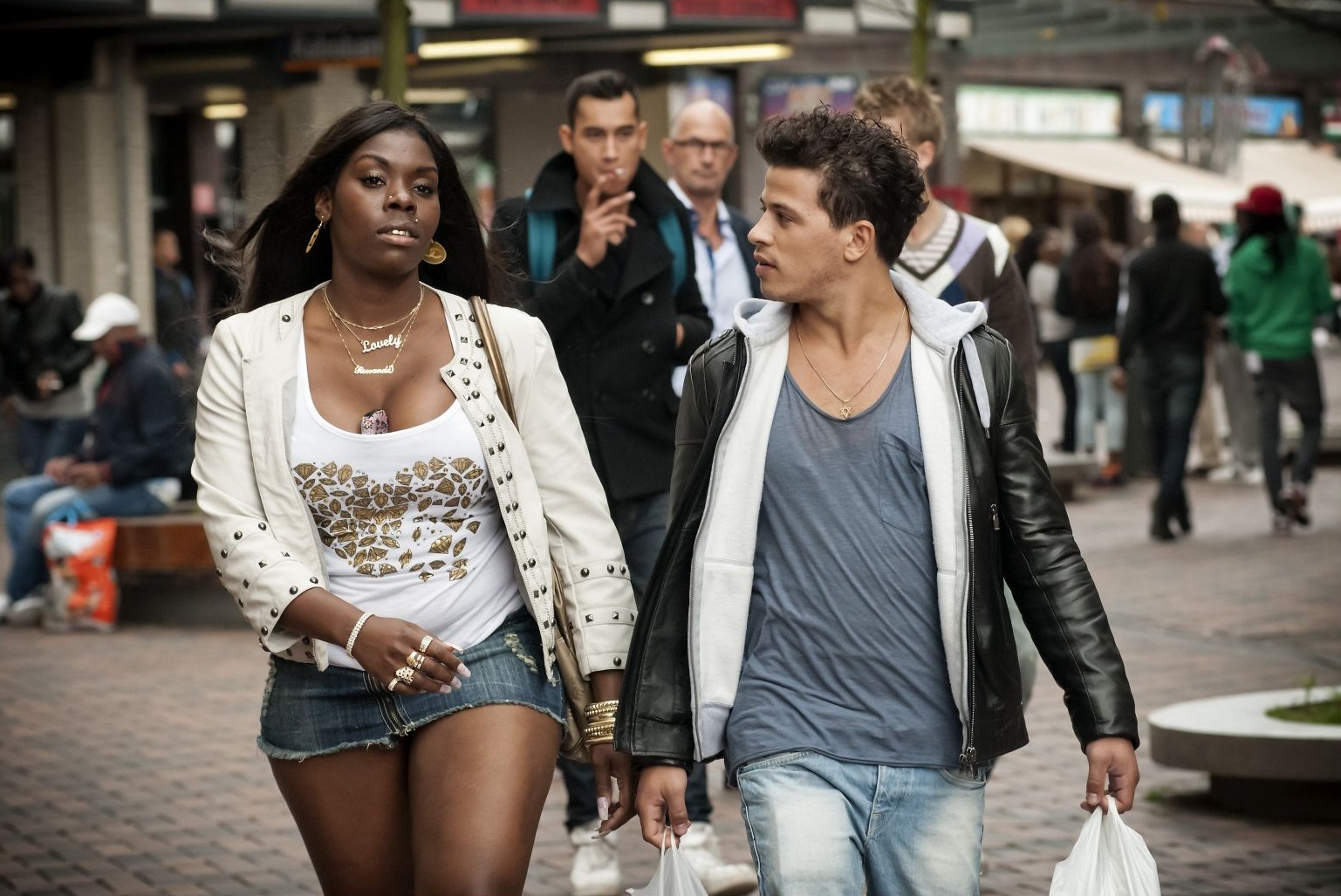 AMSTERDAM (JTA) — The dreamy expression of a child at a chocolate factory slowly spreads across Geza Weisz’s handsome face as he watches the quivering breasts and buttocks of young black women dancing around him at an Amsterdam nightclub.

The scene appears in “Only Decent People,” a dark and provocative Dutch-language film that examines the fraught relations between the country’s Jews and other minorities and stars Weisz, a Jewish Amsterdammer and a major movie star in Holland.

Based on a 2009 best-selling novel by the Dutch Jewish author Robert Vuijsje, the film was the second most popular in Holland last year, drawing 350,000 viewers in more than 100 theaters — a substantial number in a nation of 16 million.

But its stereotypical depictions of Moroccans, Jews and black Surinamese have drawn intense criticism in a country where the lessons of colonialism and the Holocaust have instituted a strict standard of political correctness — a standard that some say only a Jewish artist could breach.

“If ‘Only Decent People’ were written by someone who was not Jewish or Surinamese, it would’ve have been seen as pure racism,” said Bart Wallet, a non-Jewish historian and expert on Dutch Jewry. “It is met with greater understanding because Robert Vuijsje is a Jewish man who has a Dutch Afro-Surinamese partner.”

In the film, Weisz plays a rebellious and dark-complexioned David Samuels, the only son of affluent Jewish intellectuals who endures discrimination because he looks like a Moroccan. Estranged from both the Jewish community and the wider Dutch society on account of his looks, David embarks on a quest for black lovers that leads him to witness not only violence and promiscuity among Holland’s black underclass, but also the racist attitudes of his Jewish friends.

The film traffics freely in racial stereotypes: blacks are lazy and greedy; whites are unhygienic; Jews are slave traders; Moroccans are violent. Such sentiments, combined with the film’s depiction of group sex and borderline rape, helped make “Only Decent People” a commercial success, but they also brought latent prejudices to the fore — bolstering the claims of critics who have argued that the film fosters rather than critiques Dutch racism.

Since its release, Vuijsje has been the target of a death threat and been denounced by members of Holland’s black community. One black artist rehashed centuries-old claims of Jewish complicity in the slave trade.

“The film’s popularity made them feel uncomfortable in a country which celebrates such messages,” said Anousha Nzume, a black activist and artist, referring to Holland’s 500,000-member black community, roughly two-thirds of whom are immigrants from the country’s former South American colony of Suriname.

Given its strong Jewish credentials — the film was financed by the Abraham Tuschinkski Fund, which was named for the late Jewish owner of a chain of theaters in the Netherlands — the Jewish community has treated the film as its own. This month, the social action arm of the Dutch Jewish Community, the JMW, organized a special screening for its members, complete with a Q&A session with Vuijsje and Weisz at a Touschinski theater.

But the film had a much broader appeal, which may owe to its exhaustive exploration of racial relations and class differences in Holland. By following a Jewish resident of a white neighborhood who looks like an Arab and lusts for blacks, the film took audiences into the often unseen precincts of Holland’s minority communities.

“The commotion about the book and the film is partly because they stop short of deconstructing stereotypes,” Wallet said. “They go through them, tell them as jokes. Some feel that this affirms the stereotypes and thereby undermines Dutch society’s aspiration for greater tolerance.”

Vuijsje, whose book generated significant discontent when it was published, acknowledges that racist stereotypes abound in the film, but argued that refraining from portraying black people negatively would have been racist itself, implying that that they’re “too weak” to be objects of ridicule. And he notes that in Suriname itself, tickets to see the film reportedly were sold out for weeks.

“The experiences described in the film and the book are semi-autobiographical,” said Vuijsje, who lives with his Dutch Afro-Surinamese girlfriend, Lynn Spier. “It’s not my diary. But it’s a story about what I saw happening around me. I wrote a book about racism; that’s very different from writing a racist book.”

The film also revives unspoken resentments over the role of Dutch Jews in the slave trade. In one scene, the mother of one of David’s black girlfriends confronts him over his ancestors’ role in enslaving the Surinamese. David responds by telling her about their experiences during the Holocaust, resulting in a surreal debate about which was worse.

“Of course we know Jews, some of them owned slaves.” Vuijsje said. “We see ourselves as victims, but some blacks see us as victimizers.”

Despite the animosities it addresses and resentments it may or may not stoke, for at least one person connected to the film, the production was a rare affirmative-action moment.

“I wanted to play the part because I come from a background similar to that of the protagonist, but also because of how often I lose good parts to blonde, tall colleagues,” Weisz said. “This time I knew they didn’t stand a chance in hell against me.”