Drake and Chris Brown filing suits against each other 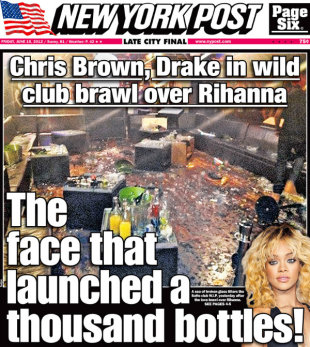 Loathed rapper Chris Brown and Grammy-winning Drake are suing each other for a New York City club brawl that went down last year.

The two rappers were reportedly arguing over Rihanna last July and bottles were thrown around, one which hit a french model named Romain Julien, who filed suits against both of them.

Now, according to legal documents obatined by TMZ, Drake and Chris Brown are pointing fingers at each other, claiming they weren’t the responsible of the fight.

“It’s a little technical, but each is asking the judge to pin the blame on the other,” TMZ says.