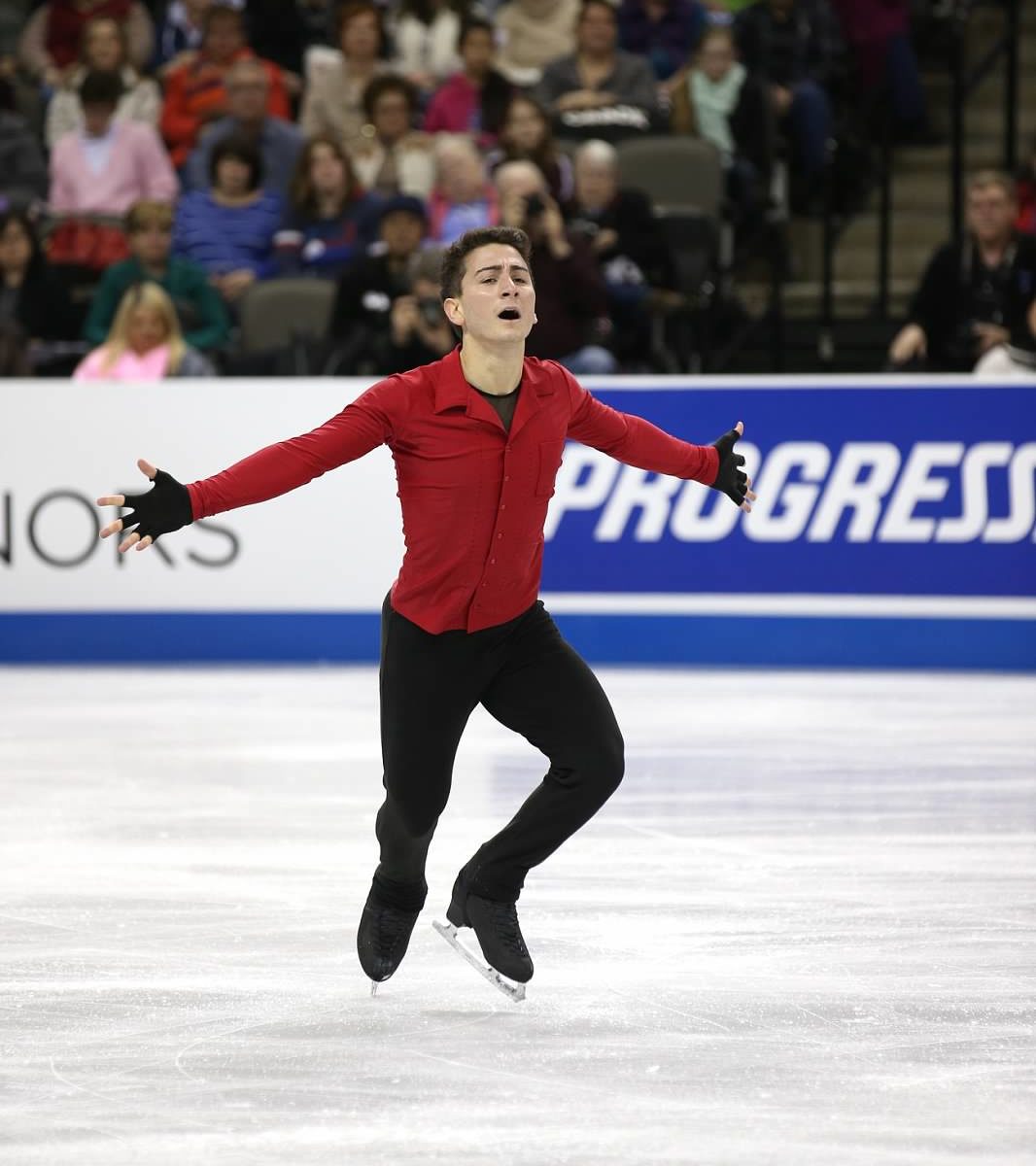 NEW YORK (JTA) — With consecutive quadruple jumps at the U.S. Figure Skating Championships, Max Aaron launched himself not only to a gold medal and a national championship. The 20-year-old Arizonan also joined the ranks of Jewish athletes who have made it big

For Aaron, that was even more exciting than executing the perfect salchows last month in Omaha, Neb., which moved him from fourth to first in the standings.

“I grew up looking to all those Jewish athletes for inspiration,” Aaron told JTA. “I always thought the list needed to be longer. We needed to have a stronger representation of Jewish athletes, and I’m so happy that I’m part of them now.”

Next month, Aaron will represent the United States at the World Figure Skating Championships in Canada. If he and nationals’ runner-up Ross Miner combine to finish at least among the top 13, the U.S. will be able to send three skaters to the 2014 Games in Sochi, Russia.

While the thought of facing some of the world’s top figure skaters might seem intimidating, Aaron is confident he’ll be prepared. After all, he’s been preparing for the competition since he was 3.

“This is a really difficult sport because you’re literally using every inch of your body,” he said. “I’m a little nervous to see who I’m facing, but we all put our pants and skates on the same way, and I’m focusing on training the hardest I can. And when I get nervous, I’ll just pray.”

Aaron’s training — and perhaps his praying — certainly paid off in Omaha. Bringing some attitude to the ice, he emptied his vault of tricks to songs from “West Side Story,” snapping his fingers and making faces to the music. His twirls had the audience and judges roaring, and his final score of 225 points was enough to send three-time U.S. champion Jeremy Abbott to third place.

Aaron, who was raised in a traditionally Conservative Jewish home in Scottsdale, spends numerous hours a day on the ice. As a boy his main passion was hockey; Aaron laced up his figure skates on the weekends. He would go on to join multiple hockey leagues, competing in the USA Hockey nationals in 2006 and 2007.

But after suffering a back injury four years ago that nearly ended his career, Aaron realized he couldn’t juggle two sports, and he decided to focus on figure skating. He went from placing 13th at the nationals in 2007 to eighth place in the Midwestern sectionals in 2008, to earning high marks in 2011 and 2012, and this year taking the national title.

Aaron is smaller and younger than most of his competitors but still follows the grueling regimen of figure skaters, sometimes spending eight hours a day on the ice and sticking to a strict, protein-heavy diet. The 5-foot-7 Aaron says he was inspired by Aly Raisman, the Jewish gymnast who won a gold medal at last year’s Summer Olympics in London and led the U.S. to the team title.

Aaron admits that the hard work can be disheartening some days.

“There are definitely times where I wish my schedule was more of an ordinary kid’s,” Aaron said. “I miss my family in Arizona, and some days, when I’m really exhausted and achy, I wish I was like everyone else my age, going to college and hanging out with friends. But I know my body can only handle this for so many years, and I have to give it my all right now.”

Aaron’s gift for skating seems to run in the family. His 18-year-old sister, Madeline, is also a professional figure skater and a 2013 U.S. junior bronze medalist. His older sister, Molly, also used to skate competitively.

A few years ago, the Aaron family bought a second home in Colorado, so Max and Madeline could train together at the Broadmoor Skating Club, although the two don’t perform together since Madeline is a pairs skater and Max skates solo.

“I wanted to become a figure skater after I saw how well Max skated,” Madeline said. “I’m hoping we get to perform one day together, but it’ll take a lot of dedication.”

Aaron’s mother, Mindy, said her children had always wanted to be professional ice skaters. As kids, they tried every activity to see what they liked. Max, she said, was a natural.

“They’ve put in a lot of hours for this, and while it’s not something that I recommend for everyone, my husband and I always try to encourage them to live up to their potential,” she said. “Watching the kids from the podium is always a proud moment for me, but we’ve had some disappointments in the past from scouts. Max is not a very tall boy, and scouts don’t usually go for the small ones.”

Mindy says her children struggled with a packed schedule, attending public school full time and ice skating in the morning and afternoons, but they were never allowed to ditch Hebrew school, which they attended three times a week.

“You need to be grounded, and we try to understand the value in Jewish traditions and hobbies,” she said. “Ice skating was important, but they always take off for the Jewish holidays.”

Aaron is enrolled at Pikes Peak Community College in Colorado Springs, where he takes night classes after training for the world championships. He says he wants to become a sports agent once he retires as a figure skater, but hopes he can win as many titles as possible before the time comes. He also has plans for what he’d like to do with his free time after the competition.

“I’ve wanted to visit Israel for a while now,” he said. “I’ve never been to the land, even though I feel deeply connected to it. I’m also hoping one day my sister and I can perform there together.”