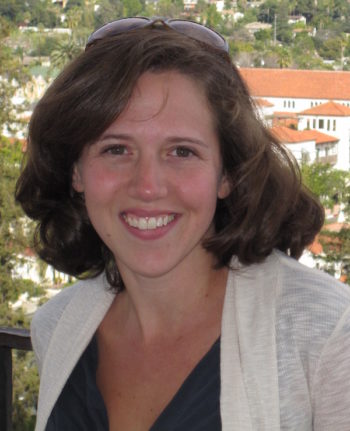 A cousin of my husband’s once said that except for birthdays, a bar mitzvah is the only day that’s all about you until your funeral. Morbid and funny, but in fact it’s only partially true. The day someone becomes a bar or bat mitzvah is implicitly, if not explicitly, about all the people who helped that bar or bat mitzvah get to the day as well.

I know this from personal experience. I am the oldest of three siblings. My brother, unlike his two sisters, was not a Hebrew school nerd. Chanting from the Torah came easily to us; my brother had a tin ear. And it wasn’t just the tunefulness factor: reading Hebrew aloud was a painful, time-consuming and excruciating endeavor both for him and his listeners. Throw in the pre-adolescent awkwardness and general lack of enthusiasm about being up on a bimah in front of lots of people and potentially, it was a perfect storm.

“Give him a hand with it,” my mother told me.

I was a senior in high school and definitely had other things I’d rather be doing than helping my brother with his Torah portion. My brother and I rarely spent much time together other than during family meals and vacations — and certainly barely any time alone together. I had no idea that this time together would prove life-changing for me.

We sat on the floor of the den wedged between the couch and the stereo. We listened to the cantor’s recording of his portion again and again. I tested him on cantillation signs and word pronunciations. I taught him as I had been taught to read Torah: You aren’t finished with a given practice until you can do the whole thing three times without any mistakes.

Don’t misunderstand, this mother-enforced togetherness was far from idyllic. More accurately, I’d say it was grueling. At least one door was slammed in my face. Tears were shed, possibly by both of us. At different times, we each expressed the wish that I could do the portion instead of him.

I don’t remember if we practiced every day, but we certainly did it fairly frequently — frequently enough that by the time his bar mitzvah date rolled around, I barely slept the night before out of nervousness.

As I watched my brother ascend the bimah in our suburban New Jersey synagogue the next day, I felt like I was going to faint. My own palms were oddly clammy.

I looked at him in his little suit and tie, his geeky glasses, and thought, “I would give anything in the world to make this go OK for you.” In short, I realized I wanted nothing more than for him to be happy.

As a teenager — someone whose wants and desires are mercurial and blow about like detritus tossed by a superstorm — this was a revelation.

Years later I’m a parent, a writer and a parenting writer: a professional kveller, if you will (and a contributing editor for the parenting website Kveller, coincidentally enough). But I can trace the roots of my kvelling proclivities to that June day in 1991 when my brother became a bar mitzvah.

The day my brother did an amazing job at becoming a bar mitzvah — no mistakes! — was the day I first realized that there is no greater joy in the world than the joy you can take from schepping nachas, or deriving pride, from someone else’s achievement. It was the day I realized that life, if I lived it right, could be full of such moments, where love infuses hours with meaning and joy.

(Jordana Horn writes about Jewish life for the Forward and Kveller.com.)