Aly Raisman is joining Dancing with the Stars 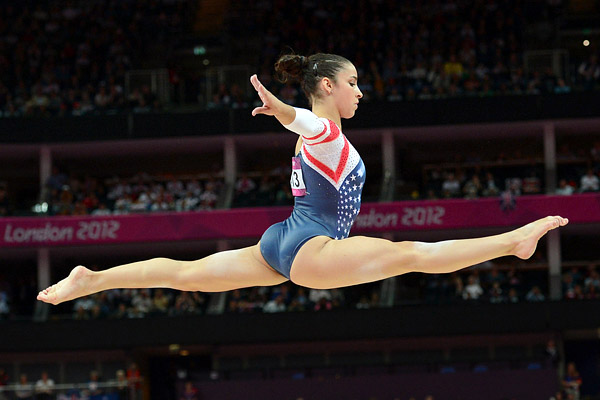 After winning a gold medal, and our hearts, at last summer’s Olympics to the tune of “Hava Nagilla,” Aly Raisman is rumored to be moving onto a dancing career by joining ABC’s “Dancing with the Stars.”

The Jewish Olympic-winning gymnast is joining the celebrity cast of America’s favorite dancing show, according to TMZ. Although the official list of this season’s DWTS cast will be announced tomorrow morning via “Good Morning America,” a few names are starting to leak and Raisman’s name is one of them.

Her involvement with the show might explain a tweet she sent last week to Houston Texans player BJ Watt, saying “How are those dance moves coming @JJWatt ?? Hope you’ve been practicing.”

Other celebs rumored to be on the new list is “American Idol’s” Kellie Pickler, country singer Wynonna Judd, and “the Bachelor’s” Sean Lowe. The only confirmed contestant for the show is Baltimore Ravens wide receiver Jacoby Jones, according to the AP.