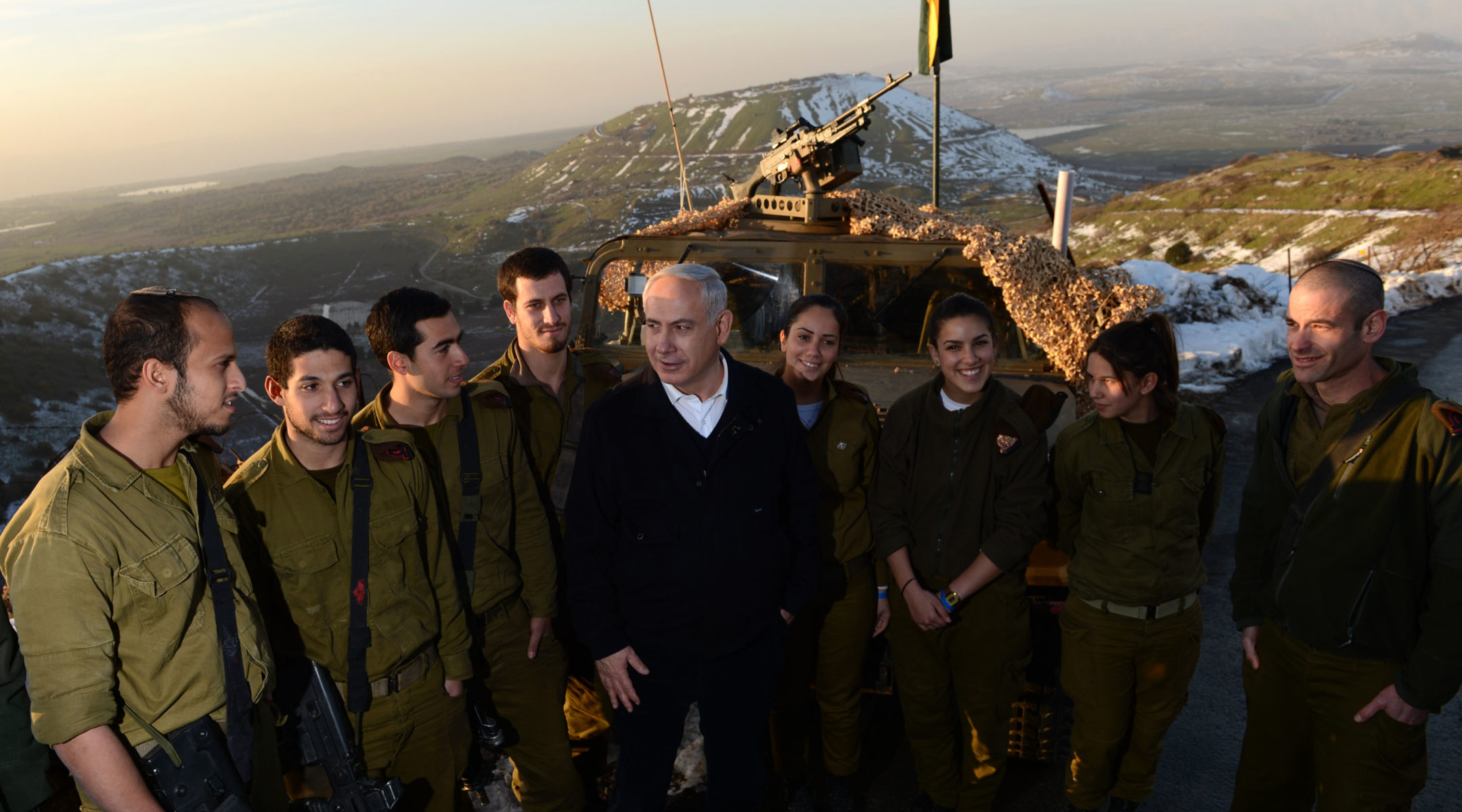 KATZRIN, Israel (JTA) — For nearly 40 years, Israel’s border with Syria has been, perhaps improbably, its quietest.

The two countries technically have been in a state of war since the cease-fire that ended the 1973 Yom Kippur War. But over the past four decades, while Israel’s other borders occasionally have exploded with missile salvos, intifadas, shooting incidents and cross-border terrorist attacks, the Syrian frontier on the Golan Heights has stayed largely peaceful.

With Syria now entering a critical phase in its bloody, two-year civil war, however, the years of quiet may end. The Syrian fighting has claimed an estimated 70,000 lives, according to U.N. officials, and recently spread to Damascus, Syria’s capital city. Analysts warn that the regime of President Bashar Assad could collapse in a matter of months or even weeks.

In its place may come Islamist terrorist groups seeking to take advantage of the power vacuum and attack Israel on the Golan border, Israelis fear.

“There won’t be a country called Syria,” said Oded Eran, a former Israeli ambassador to Jordan and the European Union. “Then there’s no central rule. It creates a vacuum for terrorists to enter the space. It will be a wonderful opportunity to attack Israel.”

Analysts do see some bright spots to the fall of Assad, whose regime is a key ally of the Hezbollah terrorist group and Iran, and serves as Iran’s main corridor for funneling arms to Hezbollah. A Syrian rebel victory would hinder that corridor.

That would be “a major blow to Hezbollah and Iran,” said Eyal Zisser, a Syria expert at Tel Aviv University. “Hezbollah will stay there, but it will be much weaker.”

But Professor Mordechai Kedar, a Syria expert at Bar-Ilan University, says Israel could face increased danger in the near future. In the long term, Kedar said, Assad’s regime may be replaced by a government more amenable to peace with Israel. But before he falls, Assad might transfer his large stock of chemical weapons to Hezbollah.

“There’s a huge pile of WMDs there — biological, chemical,” he said. “That can be a big problem if it gets into the wrong hands.”

The Syrian conflict already has spilled over into Israel — a bit. In November, stray Syrian shells landed across the boundary, prompting Israel to fire back. In January, Israel reportedly bombed a weapons convoy heading from Syria into Lebanon that was thought to be carrying weapons for Hezbollah. This month, seven Syrian men injured in fighting just over the border were brought into Israel and are being treated at an Israeli hospital.

In the meantime, security officials are beefing up measures in the Golan to prevent any additional spillover into Israel from the Syrian conflict. Last month, Israel announced that it would begin building a fence along its Syrian border, as it has done along its border with the Sinai.

Should the Syrian region adjacent to the Golan descend into anarchy, experts expect it to most closely resemble the Sinai. Terrorists there have taken advantage of diminished control following the overthrow of the Hosni Mubarak regime in Cairo to smuggle in weapons and launch occasional attacks into Israel.

One significant difference between the Sinai and Syria, some analysts say, is that the Sinai is ruled by a central Egyptian government with which Israel has a formal peace accord, thus limiting Israel’s military options. Operating in an anarchic Syria would not carry the same diplomatic risks.

“What’s happening on our border is what’s happening in Sinai,” said Ely Karmon, a Hezbollah expert at the Interdisciplinary Center in Herzliya. “But with Sinai, we have a peace agreement with Egypt. We don’t have freedom of action in Sinai like we have in Syria. If there will be terrorist acts, I assume Israel will react hard.”

Pazit Ravina, a columnist for the Israeli newspaper Makor Rishon who has been in contact with Syrian rebels adjacent to the Golan, says that Sunni and Shiite Muslim terrorist groups may not attack Israeli because they will be too preoccupied fighting each other for control of Syrian territory.

“They’re very tired,” Ravina said. “There is not enough food. They’ll be busier fighting Sunni-Shia battles than fighting Israel. It’s all kinds of groups, and trying to unite them against Israel doesn’t work.”

For now, analysts say, Israel’s options are limited. They say its best bet is to protect its border and stay out of the Syrian conflict, but react forcefully should a Syrian group try to attack the Golan. The Israeli government, which declined to comment for this story, appears to be following that policy. Other than that, analysts say, Israel should push the United States to prevent Syria from becoming a base of Iranian influence.

“Israel can’t do much now,” Eran said. “It should stay out of the internal game. Israel will operate locally and won’t give Assad justification to take attention away from the internal situation and to the Israeli conflict. We need to influence parties that are involved in what’s happening.”

Kedar says that Israel’s top priority is to stay on alert as it adjusts to a new reality.

“The culture of the Middle East is strength and violence,” he said. “Now we’re returning to Middle East culture.”