With time running out to form a government, Netanyahu facing tough choices 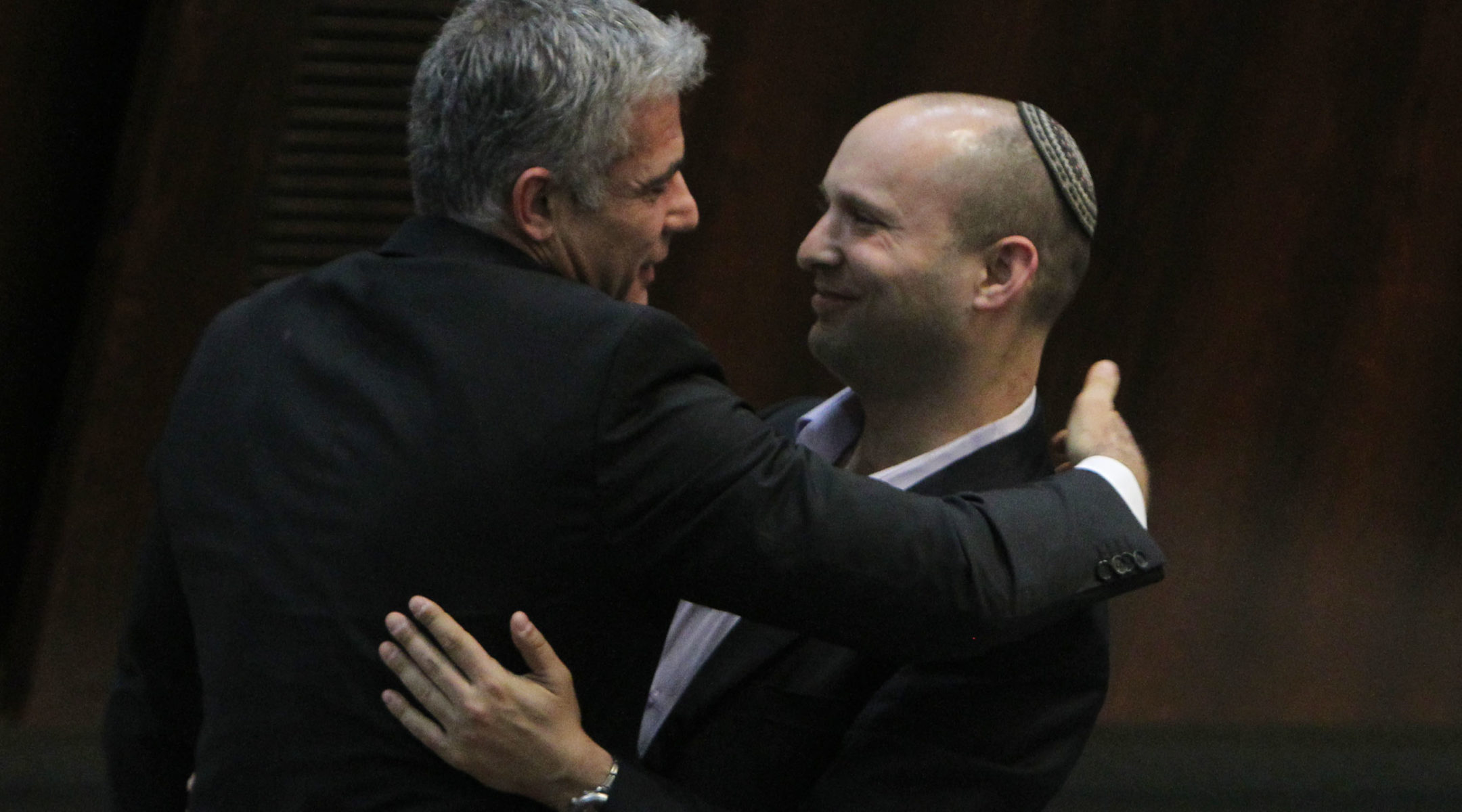 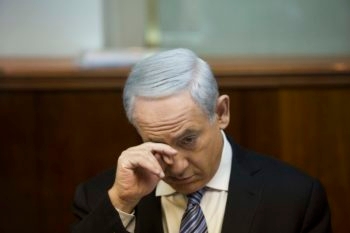 Israeli Prime Minister Benjamin Netanyahu, shown at a Cabinet meeting in his Jerusalem office on March 3, 2013 — less than two weeks before his final deadline to assemble a government. (Yonatan Sindel/Flash90/JTA)

Should he aim for a narrow, right-wing governing coalition comprised of haredi Orthodox, nationalist and religious Zionist parties that would give him a narrow majority of 61 seats in Israel’s 120-seat Knesset?

Or should he tack to the center, building a broader coalition comprised of some parties to the left of his Likud-Beiteinu faction and some to his right? Throw in a couple of small parties and Netanyahu could have a solid majority of 70 seats.

But things quickly got messy.

Beset by a mix of personal feuds and policy differences, the prime minister has had trouble forming a government, and on Saturday evening he had to ask Israeli President Shimon Peres for an extension on the deadline to assemble his coalition.

If Netanyahu can’t figure out the puzzle soon, someone else may get a shot at coalition building — or Israel quickly could return to the polls.

For now, chances remain slim that Netanyahu, a political survivor, will blow his chance at another term as prime minister.

The price, however, is a government committed to including haredi Jews in Israel’s mandatory draft, a burning political issue in Israel and the condition of entry into the coalition set by Yesh Atid and Jewish Home.

Since the January elections, coalition negotiations have played out like a soap opera. Israeli newspapers reported that Netanyahu didn’t much like Jewish Home’s Bennett, who used to be his chief of staff until the two parted on bad terms.

Then, days after the vote, Lapid, a political neophyte whose new Yesh Atid party emerged to become the second-largest party in parliament in its first election contest, told Channel 2 TV, “I assume I’ll be prime minister after the next election.”

Netanyahu shot back by aiming for a broader coalition with the haredi parties, Shas and United Torah Judaism, that would shut out Bennett and dilute the influence of Lapid, who had made clear before the election that he expected to join Netanyahu’s coalition. But newly emboldened, Lapid and Bennett entered into an alliance, forging an agreement on drafting haredim and declaring that they would either both join the coalition or both stay out. Together, their 31 seats equal those of Netanyahu’s Likud-Beiteinu faction.

When Netanyahu countered with a more lenient haredi draft proposal of his own, they stood their ground. On Feb. 20, Bennett said, “It would be no tragedy if we sit in the opposition.” Lapid echoed the sentiment last weekend in a Facebook post.

“That’s how it is in democracy,” Lapid wrote. “Nobody likes to lose, but everyone accepts the basic principle that sometimes you’re in the coalition and sometimes in the opposition.”

So Netanyahu turned back to the haredim. But even with Shas (11 seats) and United Torah Judaism (seven seats), Netanyahu still needs more partners to pass the 60-seat threshold. So far, Netanyahu has signed only one coalition partner — Livni’s Hatnua – and she’s a pretty strange bedfellow. Livni based her campaign on vehement criticism, from the left, of Netanyahu’s peace negotiation policies. Now she’s in charge of the Netanyahu government’s peace negotiations with the Palestinians.

Even with Livni and the haredi parties, Netanyahu still has just 55 seats — six short of the majority he needs to govern.

With the exception of the Arab parties and the staunchly left-wing Meretz party, Netanyahu has been open to all comers. He even has tried to woo Likud’s traditional rival, Labor. But the center-left Labor (15 seats) led by Shelly Yachimovich, who is committed to liberal economic policies, appears determined to lead the opposition. Yachimovich has refused all of Netanyahu’s offers.

On Saturday night, the prime minister blamed “those who have ganged up on me” for the failed negotiations. And at his Cabinet meeting on Sunday, he said that as Israel’s enemies “are coming together and uniting their efforts, we must come together and unite our forces in order to repel these dangers. I regret that this is not happening.”

Time is running out. Racing against a final deadline of March 16, Netanyahu may have to accede to a government without haredi parties and the leeway they have given him. So long as Netanyahu has not threatened haredi priorities — social welfare, funding for yeshivas and draft exemptions – they have given Netanyahu a free hand to deal with the Iranian nuclear threat, the Palestinians and the world as he saw fit.

Yesh Atid and Jewish Home, by contrast, have positions on everything from peace negotiations to housing policy and the haredi draft that differ from Netanyahu’s. If he goes with them, it looks to be a rough ride.

The hawkish Bennett already has expressed strong opposition to the Hatnua coalition deal, and the parties still must haggle over who gets what ministerial position. Lapid reportedly is holding out for foreign minister, a post formerly held by Netanyahu’s No. 2, Avigdor Liberman, until Liberman was indicted on corruption charges and resigned last year. Now Liberman is asking Netanyahu to reserve the post for him should he be acquitted.

“I intend to form a strong and stable government in the days ahead,” Netanyahu said this week in a speech delivered via video to the American Israel Public Affairs Committee policy conference.

How he’ll get there remains far from clear.