Seeking Kin: In two cases, the lost are found 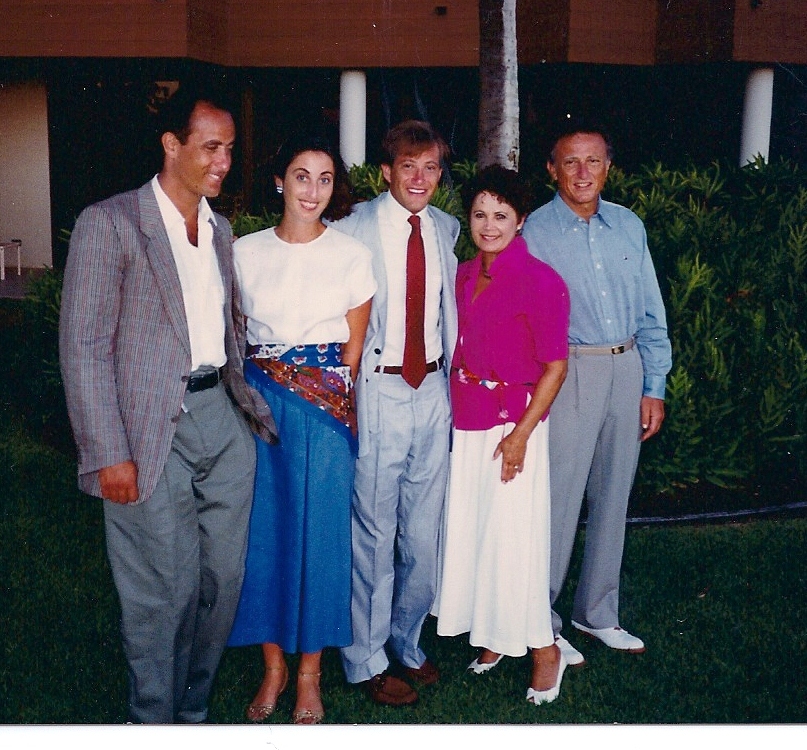 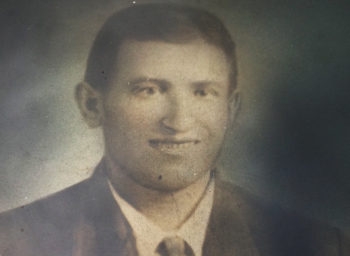 A portrait painting of Mordechai “Morris” Greenberg, whose descendants have been found. (Courtesy Judi Smithco)

BALTIMORE (JTA) – Earlier this month, a “Seeking Kin” column concluded with Rozanne Dittersdorf of New York expressing hope that Phyllis Garfunkel, a childhood friend with whom she lost contact in the late 1940s, “found happiness over these years and created a family of her own.”

And in a February column, Jerusalemite Sofia Greenberg wondered what became of her grandfather’s brother, Mordechai “Morris” Greenberg, who had left Ukraine for the United States more than a century ago.

The missing have been found.

In the Greenbergs’ case, a “Seeking Kin” reader in Haifa, Oren Kaplan, provided the key. Kaplan, a librarian at the Technion, found an online obituary for Max Greenberg, who died in 2011 at age 89. It mentioned his parents, Morris and Ida; that he had run M. Greenberg Auto Parts; and that he had lived in Ellwood City, Pa. From the 1930 U.S. Census, Kaplan learned that Morris reached the United States as 1905, was born in about 1884 and that Max was the sixth of eight siblings.

The facts coincided nearly precisely with those that Sofia Greenberg had supplied earlier to “Seeking Kin.”

Reached Tuesday, Helen Greenberg, Max’s widow, said that according to family lore, her father-in-law, Morris, abandoned the Russian army and fled for America. The business he started was a junkyard and later included an auto parts dealership, which eventually was closed by Max’s nephew.

Two of Morris’ children — Yetta (known as Laurie) and Jack — are still living, but Helen Greenberg isn’t sure where. Another child, Eva, moved to Texas many years ago and could still be alive, she added.

“It was almost a dysfunctional family,” she said of her late husband’s siblings. “Nobody spoke to each other.”

Morris was very observant and boycotted her wedding because it wasn’t Orthodox, she said.

From Jerusalem, Sofia Greenberg expressed delight Wednesday at her kin having been located. She plans to alert a cousin in Australia to the news and then contact her “new” American relatives.

“Right now, I can’t quite absorb this. It’s great,” she said. With so much of her family wiped out in the Holocaust, “this is a world I lost, and now I can at least recover some of it.”

In Haifa, Kaplan seemed satisfied, too. The Silver Spring, Md., native said he was merely repaying “Seeking Kin” for the column’s providing him with information on someone from Wurzburg, Germany, about whom he had asked. An earlier “Seeking Kin” column had mentioned the city’s outreach to Jewish former residents.

“One good turn deserves another,” he said. “You get a certain kind of rush when you find somebody. There’s a detective side to it that’s addicting.

“The end result could be really life-changing for people,” he said. “Most of the time, when people are searching in this manner, they’ve lived through lots of tragedy.”

That was the case with Garfunkel,  who survived the Holocaust as a child and came to join an uncle and aunt living in Highland Park, N.J. That was where she met Dittersdorf and left a deep imprint on her.

Even with the “Seeking Kin” column’s publication, Dittersdorf continued working the case. From the U.S. Holocaust Memorial Museum and the YIVO Institute for Jewish Research, she learned that Phyllis and her sister Cyla boarded the S.S. Ernie Pyle in Germany in August 1947 and were met in New York by their aunt and uncle, Louis and Anna Leiner – not Louis and Esther Glassman, as Dittersdorf remembered.

Dittersdorf called Jack Leiner, whose stepfather is the couple’s son, after finding him online. He said he remains in contact with Cyla, who now lives in Israel, and Cyla’s son, Howard Tarre, in New Jersey.

But Phyllis died long ago of cancer, he informed Dittersdorf. Crushed, Dittersdorf hung up the phone and cried. She remained depressed for a day, but was also relieved that the mystery was solved — and determined to uncover more information. She learned that Phyllis’ surname also was Leiner; Phyllis apparently went by Garfunkel briefly because it was Cyla’s married name.

Dittersdorf contacted Phyllis’ family in Los Angeles and spoke by conference call Monday with Phyllis’ husband, Ellis Fields, and their sons, Scott and David. They told Dittersdorf that Phyllis worked as a teacher and real estate agent, and died of cancer in 1994. They spoke of Phyllis’ determination to put the Holocaust behind her and live a full life.

The conversation corrected several inaccuracies in Dittersdorf’s recollections. Phyllis, raised in Lvov in present-day Ukraine, had not seen her mother, Golda, shot by a German soldier. Rather, Phyllis’ brother, Chaim, 13, was shot; Golda had hidden him in a closet when the Nazis led her and two other sons, Yitzhak, 3, and Shimon, 1, away to their ultimate deaths at Belzec. Apparently afraid of being left alone, Chaim ran after his family and was murdered.

Cyla survived the war after joining the underground. Phyllis, then known as Feige, passed as a gentile on several farms nearby, tending the animals and caring for the residents’ children. Golda had first placed her with one farm family whom she paid.

“It was an amazing phone call, an experience like I’ve never had in my life,” Dittersdorf said of speaking with the Fields family.  “It was bittersweet because she wasn’t there. However, I feel so good because she had a wonderful life.

“It’s startling that anyone would go to the lengths she did for someone she hasn’t seen in [more than] 60 years, who had a powerful influence, really, for just a moment,” Scott Fields, a marketing professional, said of Dittersdorf.

“My mother had a good life after a horrible past,” he said. “It felt good for me to tell [Dittersdorf] that, so she’d feel that her quest was for something.”

There was something else.

“See, my mother survived on faith,” he continued. “If she didn’t have faith that God would save her, she wouldn’t have survived – no way.

“Somehow, that faith rubbed off on Rozanne.”

(Please email Hillel Kuttler if you would like “Seeking Kin” to write about your search for long-lost relatives and friends. Please include the principal facts and your contact information in a brief email. “Seeking Kin” is sponsored by Bryna Shuchat and Joshua Landes and family in loving memory of their mother and grandmother, Miriam Shuchat, a lifelong uniter of the Jewish people.)