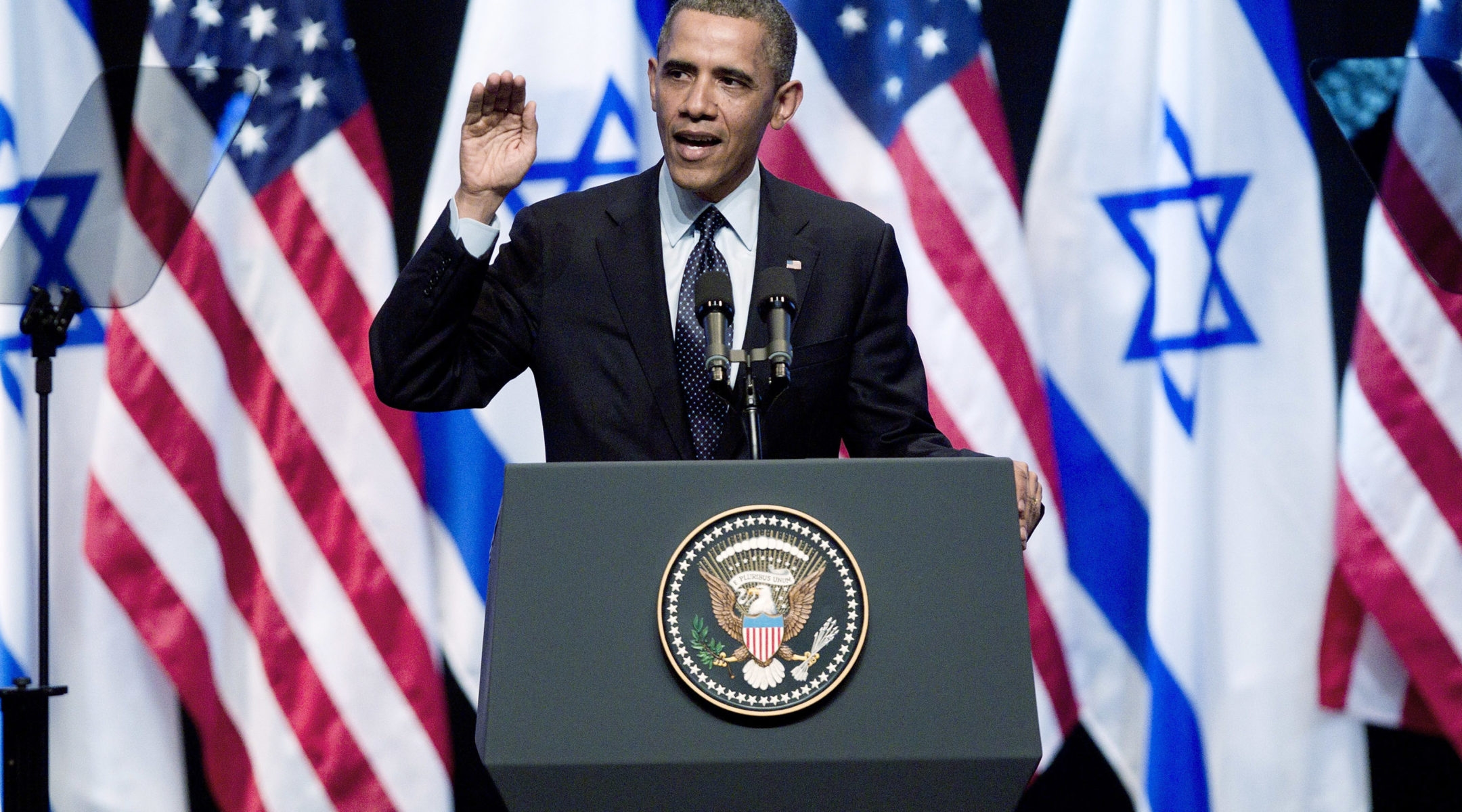 From the moment he stepped off Air Force One, President Obama was greeted with big smiles and warm embraces in Israel, and he gave back the same. The president inspected a U.S.-financed Iron Dome missile defense battery, met with Israeli and Palestinian leaders, visited the Israel Museum, paid homage at the gravesite of the father of modern Zionism and, in a much-anticipated speech in Jerusalem, delivered a call to pursue peace. Obama and his advisers emphasized repeatedly that Obama would not be unveiling any grand new initiatives on the trip, but in his speech in Jerusalem he made no secret of his ultimate hope for the region: "two states for two peoples.

Justin Davidson, a pimply Jewish teenager from Los Angeles, may be the latest winner in the celebrity dating sweepstakes. In a YouTube video that already has garnered more than 1 million views, Davidson asks the curvy Sports Illustrated cover girl Kate Upton to be his prom date. His pitch? "I’m Jewish, 5’9" on a really good day." Remarkably, Upton seems to have been wooed by the teen’s charms. "How could I turn down that video!" Upton tweeted. "I’ll check my schedule." On Wednesday, Upton surprised Davidson while he was being interviewed on NBC’s "Today" show, calling in to tell him she would "love to go."

Former Israeli President Moshe Katsav’s conviction on rape charges in 2010 transfixed the country. This week, the original complainant against Katsav, former adviser Odelia Carmon, came forward to tell her story. In a graphic interview with Israel’s Channel 2, Carmon claimed that she burst into laughter when Katsav allegedly revealed himself to her. She also alleged that Prime Minister Benjamin Netanyahu’s wife has a "dominant" role over government policy. Carmon’s claims never made it to trial, but she was the first to publicly raise the alarm about the president’s activities.

Antonis Samaras became the first sitting Greek prime minister to visit a synagogue in more than a century this week when he attended a ceremony marking the 70th anniversary of the deportations of the Jewish community of Thessaloniki, which was decimated by the Nazis. Samaras took the opportunity to reassure a Jewish community skittish over the rise of the far-right Golden Dawn party. "We have to be very careful to remember the message of ‘Never again,’" Samaras said. "The fight against neo-Nazis is more important than ever."

It took 800 years, but the remains of 17 people whom scholars believe were Jews murdered or forced to commit suicide in the 12th century in Norwich, England, were laid to rest this week. Bennett, the lay leader of the Norwich Hebrew Congregation, presided over the service, reciting an adaptation of a prayer said for Holocaust victims. The bones were found in a well in 2004, and DNA analysis suggests that a few of them were Jewish. Some believe the bodies, including 11 children, belonged to victims of a pogrom. “I think we did the right thing in accepting they were Jewish and burying them,” Bennett said.