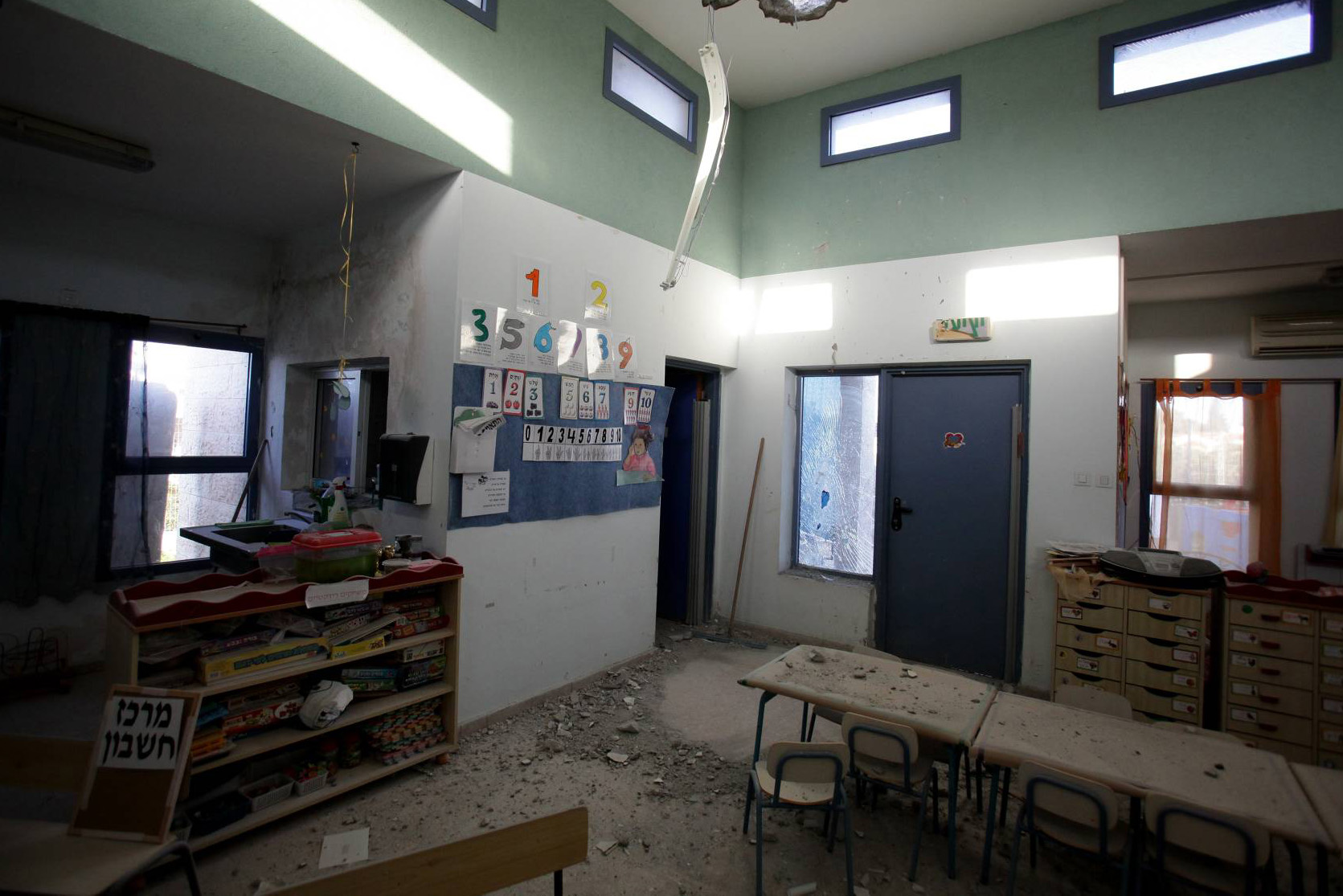 A kindergarden in Sderot, a southern Israeli town that was hit by a rocket from Gaza in late March, was discovered on April 2, 2013 when the teacher arrived following the Passover break. (Flash90)
Advertisement

JERUSALEM (JTA) — A mortar rocket was fired from Gaza at Israel, while a partially exploded Kassam rocket was discovered in an Israeli preschool.

The mortar rocket launched Tuesday was not located and could have landed in Palestinian territory, according to reports.

Also Tuesday, pre-school teachers in Sderot discovered that one of the Kassam rockets fired at southern Israel during President Obama’s visit to Israel landed in a local preschool facility.

Staff returning to the preschool building after the two-week long Passover vacation discovered that the partially exploded rocket fired March 21 had crashed through the roof and remained in the building, which usually houses three-year olds, Ynet reported.

There were no children in the building when the rocket fell due to the Passover vacation. They are set to return to school on Wednesday.