For one Holocaust survivor, Siemens held the key to unlocking his past 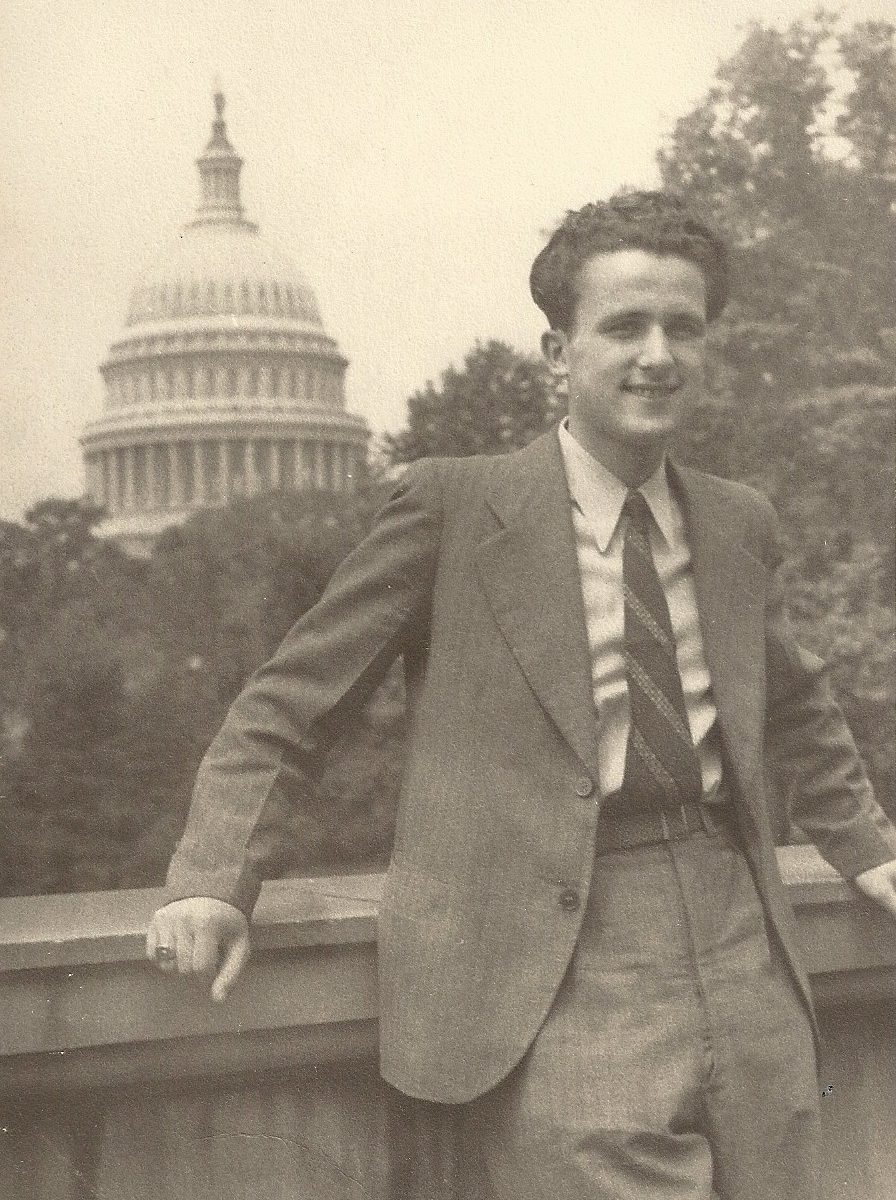 A gravely ill Gilbert Michlin, the Auschwitz tattoo showing on his arm, is comforted by his wife, Mireille, August 2012. (Photo by Toby Axelrod)

BERLIN (JTA) — I was 23 when I first met my cousin Gilbert Michlin. He was sitting at a brasserie near his office in Paris wearing a dark suit with a folded handkerchief poking out of the breast pocket. His short, dark hair was perfectly combed.

He said, in charmingly accented English, “There is one thing I must tell you: I was in Auschwitz.”

Of course, I already knew. But I had never met a survivor before, let alone our French cousin, who had been a slave laborer for Siemens at the death camp.

After the war, Gilbert went to study in the United States and eventually returned to Paris to become the European director of telecom products for IBM. That day in the late 1970s, Gilbert, then 53, had no more to say about the Holocaust. Instead, he told me how miraculous it was that he’d met his French wife, Mireille, in America.

“A girl from Marseilles and a boy from Paris would never meet in France,” he laughed. “Someone should write a novel.”

We met again over the years. But it was not until 2006, when he and Mireille visited my adopted home city of Berlin, that I really got to know Gilbert.

Berlin had been one of Gilbert’s last stations on his way to liberation. Now he and three other men had been invited back to share their recollections with the public and meet representatives of the German company that had “recruited” them at Auschwitz in February 1944.

By then, Gilbert was 80 and had published his memoir, “Of No Interest to the Nation,” in French and English. He wanted not only to tell what he remembered, but also to provide evidence. He had spent many hours in archives and consulted historians. Sitting at his laptop, he had typed out the facts of his parents’ fate in the gas chambers of Auschwitz.

The fight against Holocaust denial was most important to him. His new hero was U.S. historian Deborah Lipstadt, who dared to call David Irving a Holocaust denier and triumphed in Irving’s lawsuit against her.

In his memoir, Gilbert recalled French complicity in the deportation of Jews. He lovingly portrayed his father’s yearning to immigrate to America and his rejection at Ellis Island in 1923; Gilbert’s own childhood dream to be an actor; and the shock of Nazi occupation and his arrest with his mother by French police at 2 a.m. on Feb. 3, 1944, two days before his 18th birthday.

A week later, Gilbert saw his mother for the last time as she was driven away from the Auschwitz platform in a truck.

It was at the death camp that a Siemens representative recruited Gilbert and about 100 others to a work unit. His father’s insistence that Gilbert learn a mechanical trade saved his life. Gilbert was selected for armaments production. Siemens kept its Bobrek factory prisoners together, even after the SS evacuated them in the death march from Auschwitz in January 1945. They were transferred together from Buchenwald to Berlin. A few months later, the war was over.

Sixty-one years later, Gilbert was back in Berlin. Visiting the unfinished Holocaust memorial, he said the insurmountable chain-link fence was more evocative than the Peter Eisenman construction itself.

I went with the Bobrek survivors to the Siemens offices. Each told his story. Then my cousin stood and insisted that the company finally open its archives to historians so they could get some answers: Why were these slave laborers kept together? Why were they saved?

The Siemens representatives froze; they had no response. The archive remained closed.

In the years since, I did some research for Gilbert, finding original documents about his family in other postwar archives. But it was always the Siemens archive that haunted him. For years he carried on conversations and correspondence with sympathetic company representatives, yet never got into their archive.

Meanwhile, each year on his birthday, Gilbert and Mireille invited several friends — survivors and their spouses, and me — to lunch in a Paris hotel. With champagne we would toast to life. More than once, Gilbert drove me through the streets of Paris, pointing out the apartments where he and his parents had lived, the parks where he had played as a child, the hotel where he had been put up after his return to Paris in 1945, emaciated and alone.

I never fully understood how Gilbert could resettle in Paris after all that had happened. But somehow he achieved a balance: holding on to his postwar American citizenship, bonding with fellow survivors, digging to find out what happened to his parents, writing his book and speaking to French youth about his life.

Always, however, he wondered what was in those Siemens archives.

In 2010, the semi-official Siemens historian who had held the proverbial key to the company archive was killed in a freak accident when the brakes failed in a reproduction of a historic Siemens auto. After that, Siemens took some real steps to improve access to the archives.

In a visit to the company archives in Munich in 2011, I glimpsed underground rooms housing miles of files stacked on metal shelves. And I received an open invitation to spend a couple of days perusing the newly catalogued Bobrek files to my heart’s content.

Gilbert, however, would never get a chance to see them. Last July, Gilbert called to tell me that the melanoma he had fought for years was back.

“I am being attacked,” he said. “This is really the last stretch.”

Just as this news arrived, we also learned that a German translation of Gilbert’s memoir would be published. He had wanted to reach out to young Germans, whom he had never blamed for the past. The layout was ready. The cover was finished.

“How fast do you think you can get the book out?” I asked the publisher.

That August, I arrived at the American hospital in Paris with a photo of the book cover on my computer. Gilbert lay in bed with an IV attached to his arm.

Days before, his wife had hired a home-care nurse who, seeing Gilbert’s Auschwitz tattoo, took it as an occasion to complain about past Jewish patients. Mireille bit her tongue: She feared she could not easily find a replacement in August.

Gilbert once told me he was not afraid of death, since he had seen so much of it.  He died two days after I returned home from my visit to Paris. His memoir in German was published a few weeks later, last fall.

Not long ago, I received a call from the Holocaust memorial in Berlin.

“I just read your cousin’s book,” Constanze Jaiser, a research associate there, told me. “We’d like to use an excerpt on our educational website for German students.”

I still haven’t managed to visit the Siemens archive; it’s been too hard to contemplate with Gilbert gone. But his passing does not mean his quest has died.

Maybe the archive contains only lists with names. Or maybe it contains some answers.

Gilbert will never know — perhaps I will.