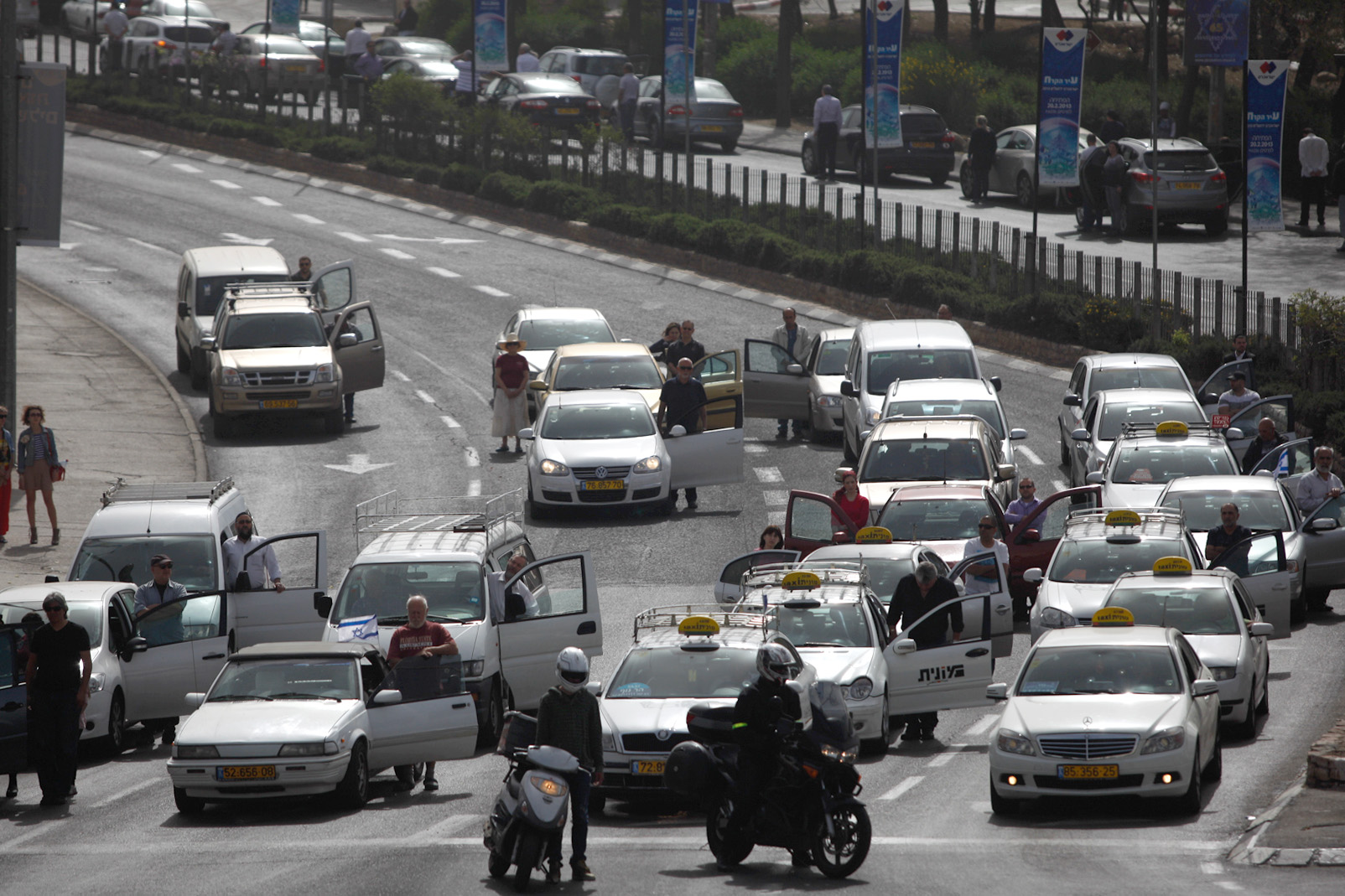 Israeli drivers at a standstill at the entrance to Jerusalem as a siren is sounded across Israel marking Yom Hashoah, the national Holocaust Remembrance Day, April 8, 2013. (Flash 90)
Advertisement

JERUSALEM (JTA) – Israel came to a standstill as a siren sounded for two minutes in memory of the victims of the Holocaust.

Following the siren Monday morning, U.S. Secretary of State John Kerry participated in a wreath-laying ceremony at the Yad Vashem Hall of Remembrance as part of Yom Hashoah, or Holocaust Remembrance Day.

Kerry then joined Israeli President Shimon Peres for the “Unto Every Person There is a Name” ceremony held each year at the Knesset, where Peres read out the names of his relatives who were victims of the Holocaust. Names of Shoah victims also were read by notables in religion and government, among others.

Peres and Prime Minister Benjamin Netanyahu said Sunday night at the national Yom Hashoah ceremony at Yad Vashem that the hatred of Jews is still strong more than 70 years after the Holocaust began.

“The map of Europe still contains local stains of anti-Semitism,” Peres said at Sunday night’s ceremony in Jerusalem, his voice breaking with emotion. “Racism erupted on that land in the last century and dragged it down to its lowest point. Ultimately the murder which came from her, damaged her.”

“Not all the flames have been extinguished. Crises are once again exploited to form Nazi parties, ridiculous but dangerous. Sickening anti-Semitic cartoons are published allegedly in the name of press freedom.”

Netanyahu said in his address to Holocaust survivors and their families, “Hatred of Jews has not disappeared. It has been replaced with a hatred of the Jewish state.”

He followed his assertion with quotes of anti-Semitic statements made by Iranian religious and political leaders.

Six Holocaust survivors told their stories in a prerecorded video before they lit the six torches representing the 6 million Jews killed during the Holocaust.

The ceremony was broadcast on all Israeli television channels and on several radio stations. On Yom Hashoah in Israel, places of entertainment are closed and Holocaust themed-movies and documentaries are shown on television channels. Memorial ceremonies are held throughout the country.

On Monday, the B’nai B’rith World Center in Jerusalem and the Keren Kayemeth LeIsrael held a joint Holocaust commemoration ceremony dedicated annually to commemorating the heroism of Jews who rescued fellow Jews during the Holocaust. The ceremony took place in the Martyrs’ Forest “Scroll of Fire” Plaza.

The ceremony recalled the rescue activities of Otto Komoly, president of the Zionist Federation in Hungary and the chairman of the Hungarian Jewish community’s clandestine Rescue Committee, and later director of the International Red Cross’ “Department A” responsible for rescuing Jewish children.

On Sunday, Israeli military chief Lt.-Gen. Benny Gantz left for Poland with an Israel Defense Forces delegation to the March of the Living in Auschwitz-Birkenau. Gantz will lead the March of the Living — the first time the march was led by a current IDF chief of general staff. Some 10,000 people from all over the world are participating in the march.

Gantz also was scheduled to lay a wreath on the Tomb of the Unknown Soldier in Warsaw, where a military service will take place.

On the weekend prior to Yom Hashoah, dozens of young Poles who recently discovered their Jewish roots came together in Oscwiecim, the site of the Auschwitz camp,  for a weekend educational seminar under the auspices of Shavei Israel.