Five women arrested at Women of the Wall monthly service 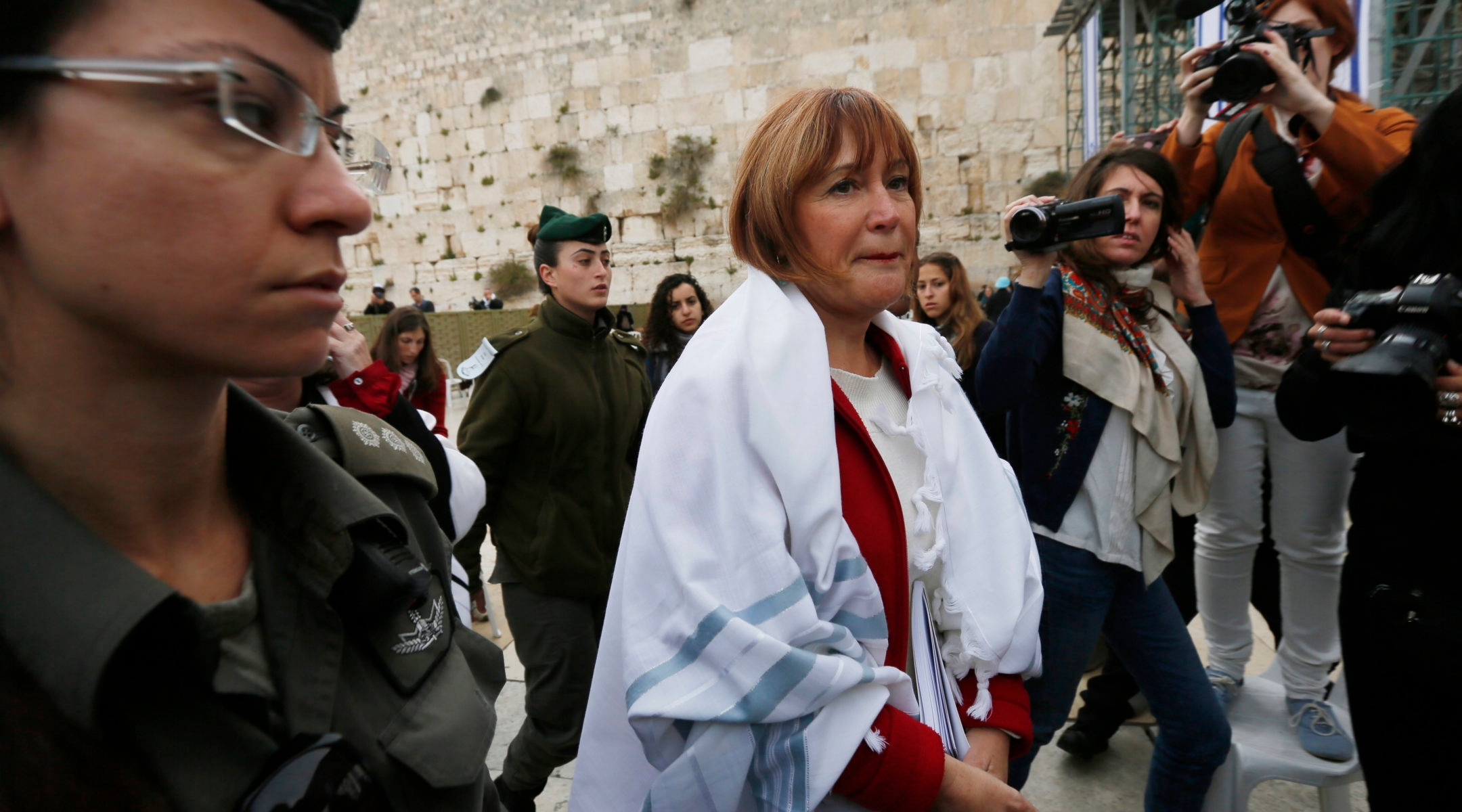 Lesley Sachs, director of Women of the Wall, is detained by police after wearing a prayer shawl at the Western Wall in Jerusalem, April 11, 2013. (Miriam Alster/Flash90)
Advertisement

JERUSALEM (JTA) — Five women arrested for wearing prayer shawls at a service at the Western Wall were questioned by police for several hours before their release.

According to a statement from Women of the Wall, which held Thursday’s prayer service, a judge said there was no reason for their arrest and that women’s prayer does not disturb public order. The women made a brief court appearance, according to reports.

Hundreds of women came to the morning service, which the group holds at the Wall at the beginning of each Jewish month. According to Israeli law, women are not allowed to wear prayer shawls at the Wall because the practice contravenes the site’s “local custom.”

Among those detained was Women of the Wall director Lesley Sachs. A haredi man also was detained, according to Israeli reports, for attempting to set one of the women’s prayer books on fire.

The detainments come two days after Jewish Agency Chairman Natan Sharansky presented a plan to American Jewish leaders to expand the Western Wall Plaza in order to include a permanent space for egalitarian prayer. Sharansky proposed that the plaza include Robinson’s Arch, an archaeological site adjacent to the plaza — but separated by several walls and a bridge. Egalitarian prayer is currently allowed at Robinson’s Arch.

“The events at the Western Wall today are one more reminder of the urgent need to reach a permanent solution and make the Western Wall once again a symbol of unity among the Jewish people, and not one of discord and strife,” the Jewish Agency said in a statement.

Sharansky said the consultations he has held in recent days “have shown that there is a lot of good will to work to defuse the tensions and to find a solution which ensures that every Jew in the world can pray in the manner that they are accustomed to at Judaism’s most important national and religious site, while respecting the traditions of all.”

Shmuel Rabinowitz, the rabbi of the Western Wall and the holy sites of Israel, said in a statement issued Thursday that Women of the Wall’s actions “severely damaged the feelings of worshipers” at the Kotel.

“Their arrival this morning despite the compromise Jewish Agency Chairman Natan Sharansky is seeking to promote is clear evidence that their sole goal is controversy and to cause offense as they increase the polarization in the people and turn the Kotel into a battleground for fanatics,” he said. “We should all condemn and criticize them to help us find common ground instead of highlighting divisions.”

The Jewish Federations of North America in a statement by its president and CEO, Jerry Silverman, said it “regrets the arrests of a number of members of the Women of the Wall at the Kotel today, just when it seems as if an agreement on this issue can be reached. JFNA urges all sides to support the proposal under discussion that can lead to an overall solution that will foster freedom of Jewish religious expression at the Kotel.”