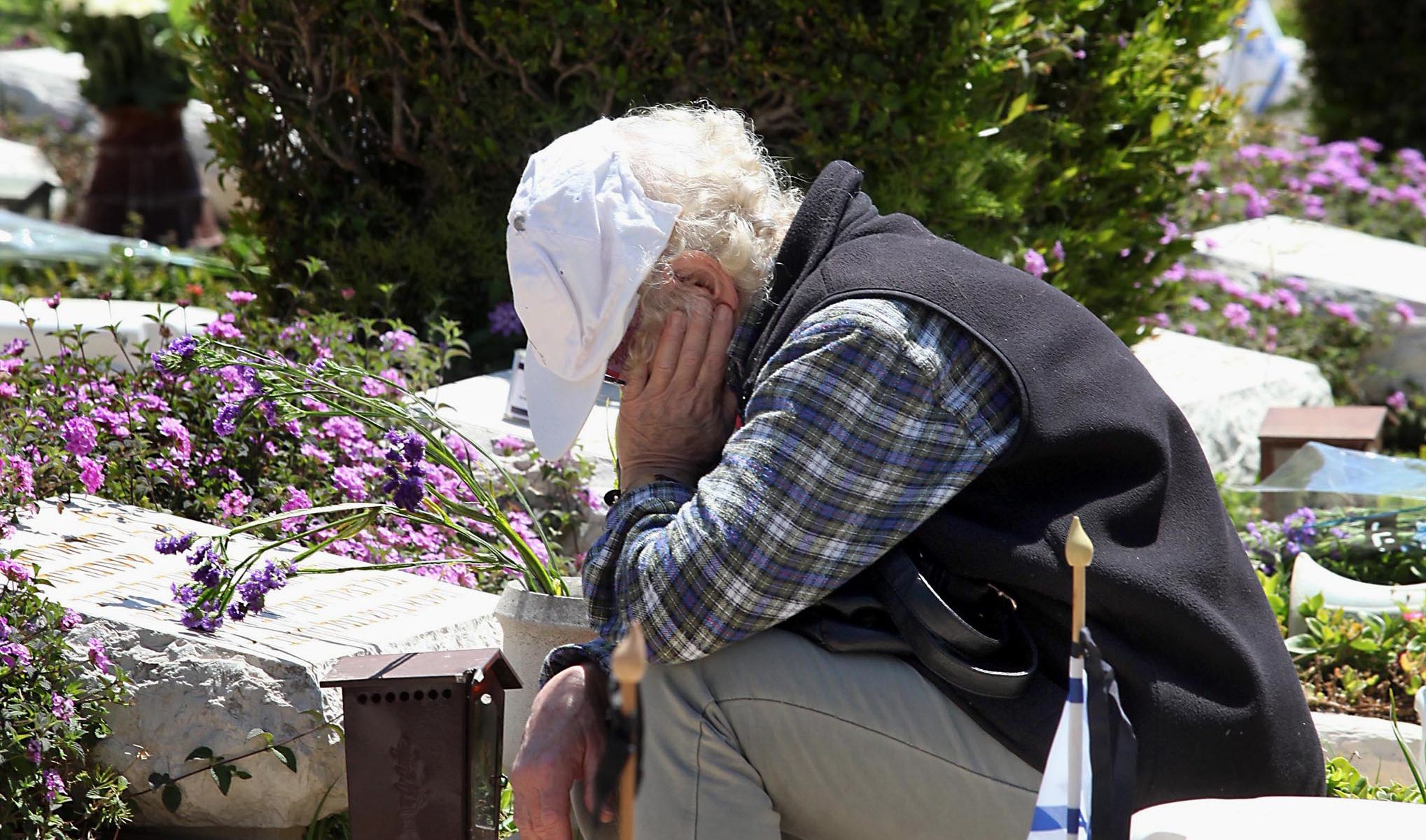 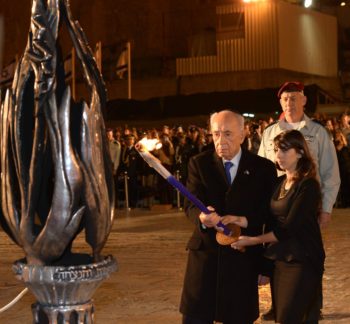 JERUSALEM (JTA) – More than 90 Israelis were killed over the last 12 months in attacks on the homeland, the Israeli government said as it marked Israel’s memorial day for fallen soldiers.

Yom Hazikaron, or Memorial Day, began in Israel on Sunday night with the sounding of a siren.

Israeli Prime Minister Benjamin Netanyahu said during a national memorial ceremony that no one will succeed in destroying Israel.

“Since the birth of the State of Israel, many have tried to destroy it. They will never succeed. The IDF is stronger than ever,” Netanyahu said Monday at the ceremony on Mount Herzl, moments after a two-minute siren that brings Israelis throughout the country to a standstill on Memorial Day. “We will continue to strengthen our forces and act toward achieving peace with our neighbors and to protect our state. We always remember that we wouldn’t be here without our soldiers’ willingness to fight for our existence.

“We salute the fallen, our loved ones, the heroes of the State of Israel. May they rest in peace,” he said.

The ceremony was one of hundreds across the country in which Israel remembered its more than 25,000 fallen soldiers and terror victims. In all, 92 names were added to the list of Israel’s fallen over the past year.

“We will not forget even for a moment and will always remember those for whom the survival of Israel and its glory are indebted,” Israeli President Shimon Peres said in an address to bereaved families Sunday night at the national ceremony held at the Western Wall.

Peres praised the courage and spirit of Israeli soldiers and their commanders.

Judah Pearl, the father of slain Wall Street Journal reporter Daniel Pearl, lit the memorial flame Monday at the annual Yom Hazikaron ceremony at the Jewish Agency and National Institutions Compound in Jerusalem in memory of Jews killed in terror attacks and anti-Semitic incidents around the world.

“The last words of my son were, ‘My father is a Jew, my mother is a Jew and I am a Jew.’ For 11 years I have prayed for the moment that I would have the honor to read Daniel’s words in Jerusalem, the city where he celebrated his bar mitzvah,” Pearl said. “Today I can realize that privilege by lighting the memorial flame here in Jerusalem. This is a memorial flame, but it is also the flame of Jewish pride and a collective pledge that terror and evil will never be victorious and that our grandchildren will enjoy a better world.”

Also participating in the ceremony were Daniel Pearl’s two sisters; his wife; Mariane; and his son, Adam, who was born several months after his father’s murder in Pakistan.

On Saturday night, Netanyahu visited the grave of his brother, Yonatan, who died in 1976 during the rescue of kidnapped Israelis in Entebbe, Uganda.

According to the Ministry of Defense, there are 17,553 bereaved families of security personnel in Israel, 2,324 orphans, and 4,964 widows of the Israel Defense Forces and the defense establishment.

Also Sunday, in advance of Yom Ha’atzmaut, Israel’s Central Bureau of Statistics released its annual population report, which found that Israel’s population hit 8 million for the first time. It represents an increase of 1.8 percent, or 137,000 people, over last year.