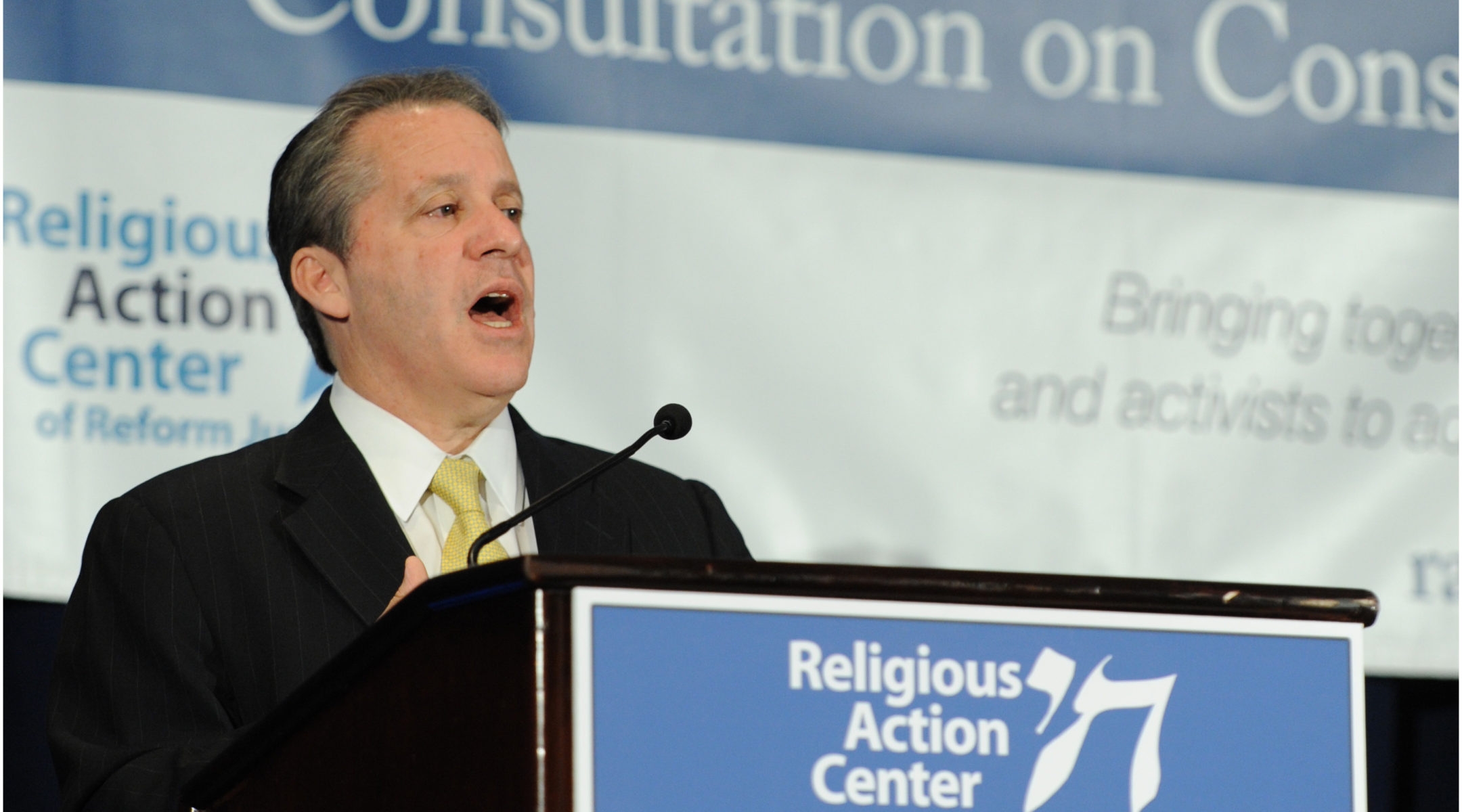 WASHINGTON (JTA) — In the battle to end the across-the-board budget cuts known as sequestration, it’s all hands on deck.

Increasingly for the Obama administration, which is deadlocked over the budget with the Republican-controlled House of Representatives, that means reaching out to Jews.

In conference calls and in appearances at Jewish events, administration officials are soliciting Jewish support in their bid to end the congressionally mandated budget cuts that kicked in March 1 and which critics warn could have a dramatic impact on vital government programs. In recent days, top administration officials have noted — and none-too-subtly — that programs dear to the organized Jewish community will face cuts should the sequester continue.

“Israel got a plus-up in the budget, I think, to $3.1 billion total,” Secretary of State John Kerry said in April 17 testimony to the U.S. House of Representatives Foreign Affairs Committee, referring to a hike in defense assistance that is part of a 10-year deal negotiated in 2007. “But that is subject to sequester, as is everything,” Kerry said. “And we’re not able to undo that. So there’ll be a plus-up, but then there’ll be a reduction from the plus-up. It’s still a net plus-up, but there is a sequester that will apply to everything, including Jordan, Egypt, Israel.”

The full impact of the sequester, a package of wide-ranging budget cuts Congress adopted in 2011 as an inducement to compel policymakers to reach a budget deal by 2013, has yet to take effect. If it proceeds unchecked, it will result in cuts to defense assistance of about $155 million, or 5 percent of the total assistance package, according to congressional and pro-Israel officials. Israeli officials speaking on condition of anonymity say that cuts also are expected to the $200 million budgeted for missile defense cooperation, which is not included in the larger defense assistance package.

The pro-Israel community is pushing back against the cuts in their encounters with congressional Republicans. In an April 12 meeting between Jewish leaders and the congressional Republican leadership, Howard Kohr, the director of the American Israel Public Affairs Committee, argued forcefully for the overall foreign aid package, according to participants.

The Obama administration, in its April 10 presentation, allocated $52 billion for foreign assistance, a number commensurate with figures dating back to the early years of the administration of George W. Bush, who significantly increased assistance to the developing world. Congressional Republicans, influenced in part by the rise of the party’s conservative Tea Party wing, have called for slashing the foreign aid budget, in some cases to zero.

In an appearance at the Reform movement’s Consultation on Conscience this week, Gene Sperling, the chairman of President Obama’s Council of Economic Advisers, opened by referencing his Jewish upbringing — something the onetime consultant to “The West Wing” TV show rarely has done.

“I feel a bond not because it’s a Jewish organization per se, but you’re an organization that wakes up and asks yourself what you can do for this in our society who need the most justice,” Sperling said. “For me those things are bonded. That’s how my parents raised me. That’s how they raised me about what it meant to be Jewish.”

Sperling outlined the administration’s economic goals — securing a middle class that lives in dignity and extending opportunity to all, not just those born to privilege, he said — and slammed what he described as Republicans’ “slash everything” strategy. Tax cuts instituted during the Bush years, he said, needed redress.

“You can simply slash everything regardless of its impact on the economy or people [so] you can say you met your deficit target,” he said. “You could meet that metric, but at the expense of your larger goals.”

Sperling nonetheless suggested that some spending cuts were inevitable.

“If you say all you care about is jobs and therefore we should just load things up with huge infrastructure projects and other issues and not worry about the long-term deficit,” he said, “you don’t at the same time give people confidence that we as a country are going to deal with those long term deficits.”

Jewish groups have been alarmed by some of the proposed cuts in the Obama budget, particularly a plan to reduce Social Security spending by slowing the program’s cost-of-living increases and by cutting subsidies to pharmaceutical companies that service the Medicare program.

“We urge the President and Congress not to balance the budget on the backs of those among us who are most vulnerable with cuts to critical social services,” the Jewish Federations of North America said in a statement earlier this month.

The Jewish Federations also weighed in against the Obama administration’s plan to reduce the charitable tax reduction from 35 to 28 percent.

“Limiting the deductibility of charitable contributions will definitively result in less giving and therefore place a stumbling block in front of the ability of charities to feed the hungry, shelter the homeless, and heal the sick,” it said.