Op-Ed: Pluralism in Hillel must extend to Israel 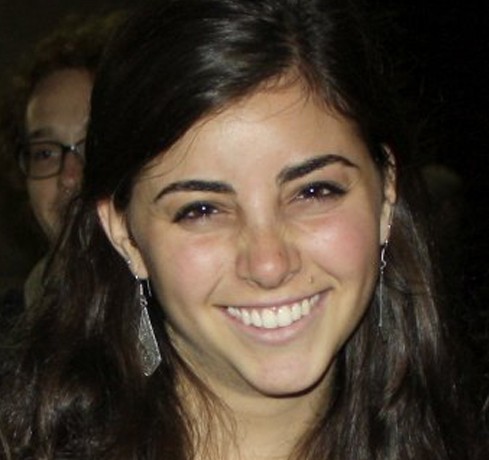 (JTA) — Throughout our four years in college, Hillel has been our home on campus. We have been involved extensively, with one of us serving as president on campus and on the Hillel international board.

While we both found in Hillel a supportive community, when it came to our relationship to Israel, Hillel was not always so welcoming. One of us often avoided expressing political views in Hillel board meetings for fear of losing credibility. The other openly expressed her political views, which was met at times with harsh criticism.

We both remained committed to working in Hillel through moments of challenge, but we know many others who, meeting such obstacles, simply stepped away.

In past decades, Hillel faced a similar challenge concerning religious observance. Hillel now strives to ensure that religious practice and background is no barrier to entry, actively working to involve LGBT voices, students from interfaith families, Jewish atheists and others. Yet on Israel, the same pluralism is lacking. Students who express ambivalence toward Zionism or support boycotts of Israeli products often feel they are not welcome in their campus Jewish community.

Hillel International’s Israel guidelines contribute to the problem. We know they were carefully crafted by many Hillel leaders, and we can appreciate the necessity and challenge of setting boundaries. While the guidelines appear reasonable on paper, in practice they often restrict meaningful discussion and send a strong signal to some Jewish students that they do not belong.

One issue is how the guidelines are interpreted. For example, while they state that Hillel will not host programs that deny Israel’s right to exist as a Jewish and democratic state with secure borders, some Hillels have hosted speakers that reject the possibility of compromise with the Palestinians, rendering that future unfeasible.

Meanwhile, proposed events with former Israeli combatants critical of their service are often met with requests to keep the event “private,” requirements that a less critical voice “balance” the presentation or outright refusals to host the discussion. Such requests are rarely made of more right-leaning speakers.

Further, the guidelines prohibit co-sponsorship with groups that delegitimize, demonize or apply a double standard to Israel — terms that are highly subjective. For instance, does B’Tselem’s documentation of human rights abuses in the territories constitute a “double standard” against Israel? Do the soldiers of Breaking the Silence, in describing their service in the West Bank, “demonize” Israel?

Such terms are used frequently to slander both organizations. The wide room for interpretation is evidenced by the fact that while some Hillel directors welcome those groups, others cite the guidelines in denying those same voices a platform.

Lastly, while we both have campaigned actively against divestment efforts on our campuses, the guidelines’ restrictions on events with any groups supportive of the boycott, divestment and sanctions movement, or BDS, prohibit much-needed discussions. Though Hillel professes support for dialogue, the guidelines effectively eliminate any possibility of co-sponsorship with Palestinian student organizations, as most support BDS. Our community cannot champion intellectual rigor and inclusivity while avoiding public conversations with those with whom we disagree.

Moreover, the guidelines strongly imply that Jewish students who support BDS are not full members of our community. When we have raised this concern with Hillel leadership, we often hear that while some student groups are not welcome, all students as individuals have a home in Hillel. We would reject this logic when applied to an issue like LGBT rights, and it is flawed here as well. Students who are told their organizations are not welcome understandably feel unwelcome.

Too many of our friends left Hillel because they felt alienated and stifled in raising questions or voicing their views on Israel. Too many have opted to disengage entirely rather than conforming to a community that tells them they do not fully belong.

As many Jewish organizations frantically try to attract more young Jews into their buildings, it is counterproductive, counterintuitive and, frankly, un-Jewish to deny full participation to any Jews simply because of their political beliefs.

Earlier this year, the Progressive Student Alliance at Harvard University launched an effort, Open Hillel, to challenge Hillel’s guidelines. Its petition was signed by more than 800 Jewish students from diverse backgrounds and perspectives who believe that all Jewish students deserve a home in Hillel.

At the recent Hillel International board meeting, the signatures were presented to Hillel leadership. While we did not initiate this effort, we believe the Israel guidelines must be reevaluated based on feedback from students across the political spectrum.

If Hillel fails to make political pluralism a priority, we fear the ominous vision some have about the Jewish community’s future will become a self-fulfilling prophecy. Those alienated will choose to build their families and communities outside of what they see as outmoded institutions or, worse, simply check out of Judaism entirely. This is not a price anyone who cares about Hillel and Jewish life on campus should be willing to pay.

(Lex Rofes is a senior at Brown University and a student representative on the board of Hillel: the Foundation for Jewish Campus Life. Simone Zimmerman is a senior at the University of California, Berkeley, and president of the J Street U National Student Board.)