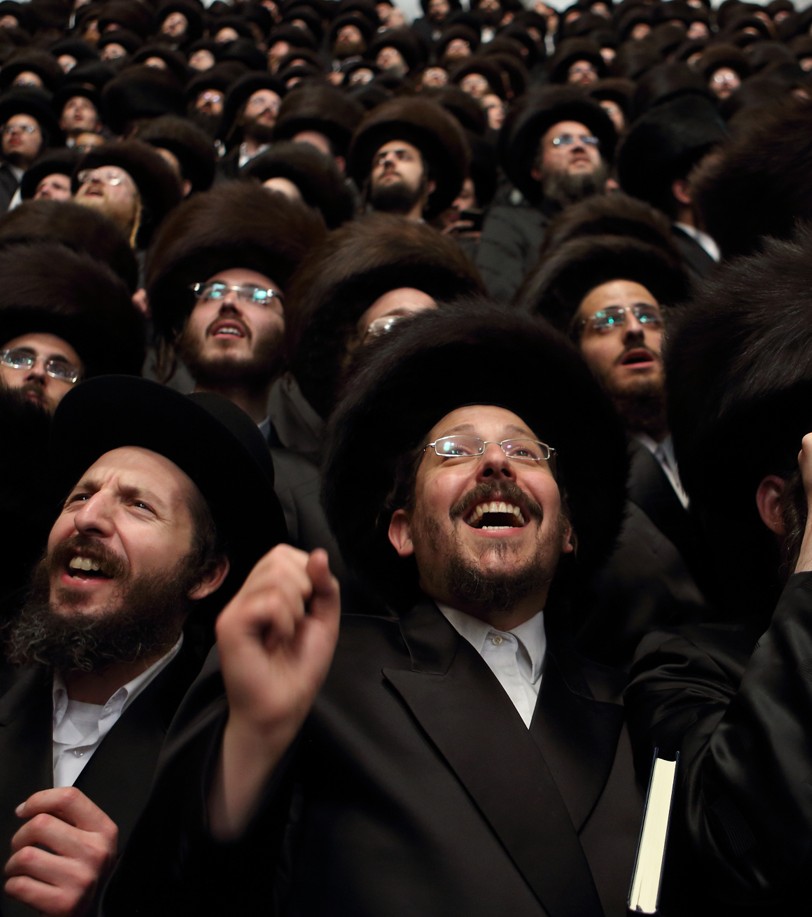 Tens of thousands of haredi Orthodox Jews of the Belz hasidic Dynasty attending the wedding ceremony of Rabbi Shalom Rokach, the grandson of the Belz Rabbi, to Hana Batya Pener in Jerusalem, May 21, 2013. (Yaakov Naumi/Flash90)
Advertisement 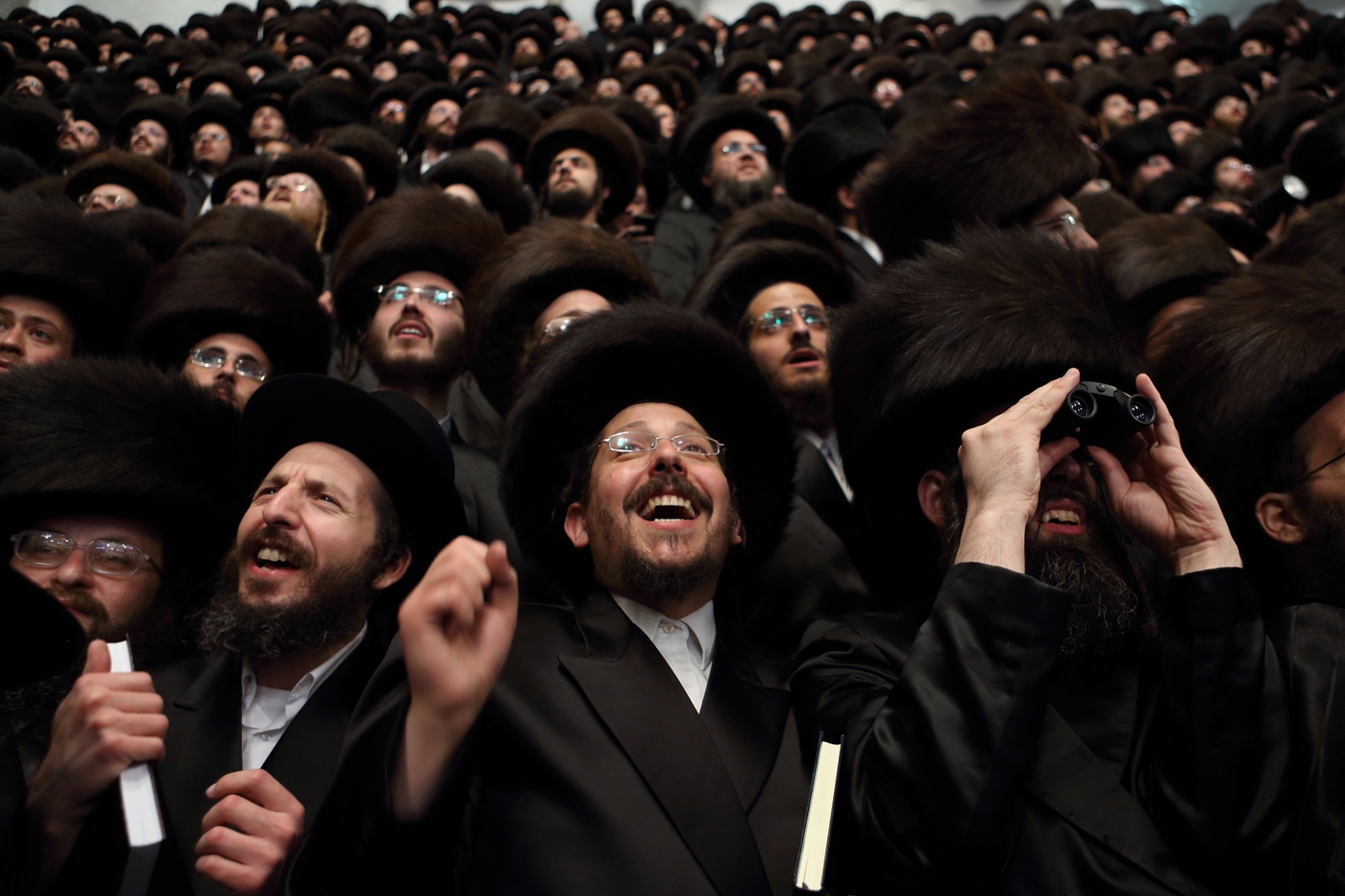 Tens of thousands of haredi Orthodox Jews of the Belz hasidic Dynasty attending the wedding ceremony of Rabbi Shalom Rokach, the grandson of the Belz Rabbi, to Hana Batya Pener in Jerusalem, May 21, 2013. (Yaakov Naumi/Flash90)

This past week, the Belzer rebbe, Rabbi Yissachar Dov Rokeach, married off his grandson, 18-year-old Shalom Rokeach, to Hannah Batya Pennet in front of a crowd of over 25,000 Hasidim.

The nuptials are one of the largest weddings in recent history. Not quite as large as the 30,000 who attended the marriage of the rebbe’s son in 1993, a wedding then described as the largest in Israel’s history, requiring a 429-foot tent, 1.5 tons of gefilte fish, and 39,000 gallons of soft drinks. And it pales in comparison to the six-figure attendance at the 1995 wedding of V.N. Sudhakaran and N. Sathyalakshmi in India. But still. 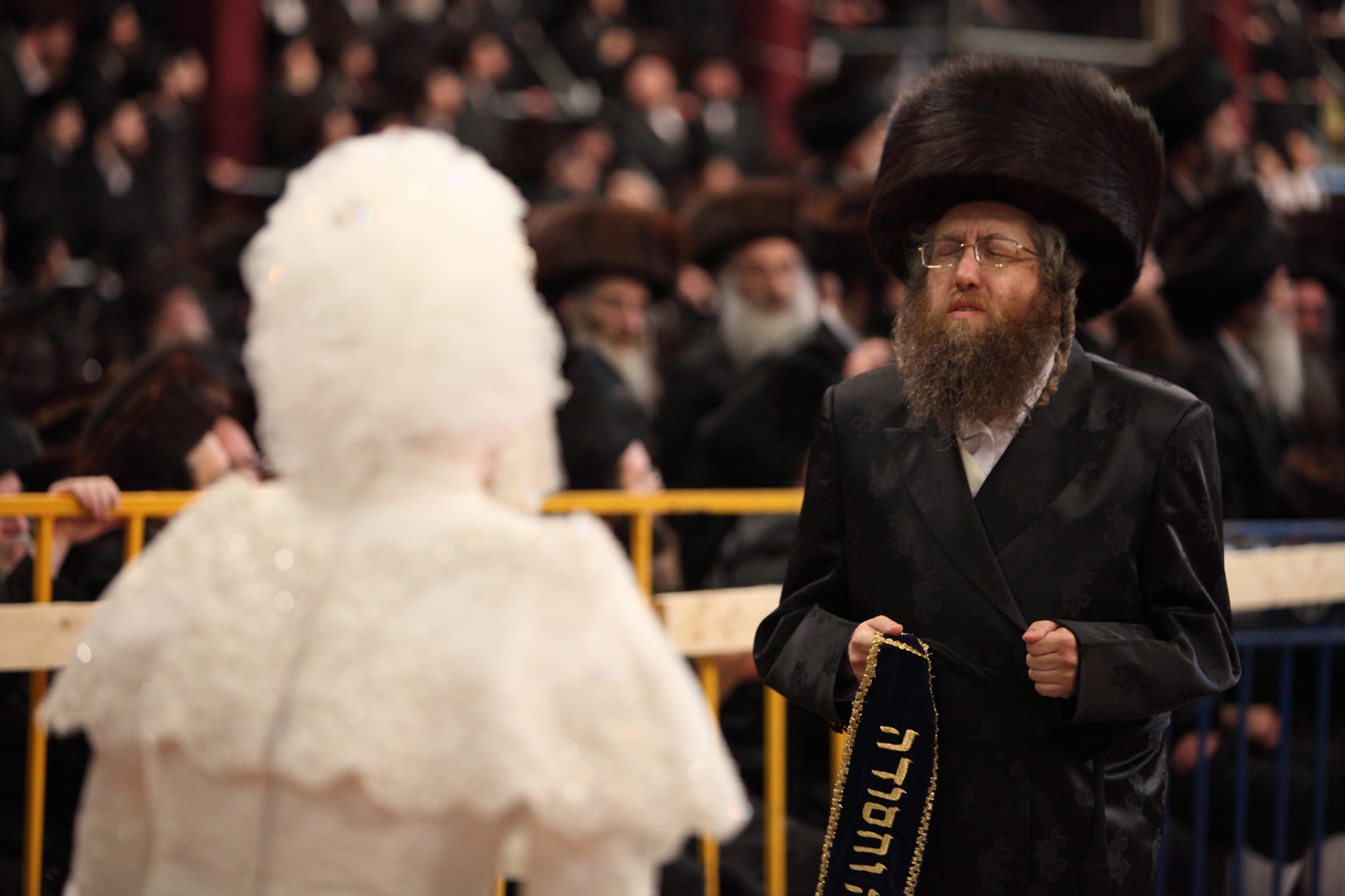 Hana Batya Pener is entreated to a “mitzvah tantz” at her wedding to Rabbi Shalom Rokach, the grandson of the Belz rebbe, May 21, 2013. (Yaakov Naumi/Flash90)

The world has always been particularly fascinated by the insular world of hasidim, evidenced by the photos and videos posted today by the Guardian and the Huffington Post. It probably helped that the couple had a media stand at the ceremony.

Belz has a reputation for going all out, especially when it comes to marriages, which are done with all the bells (yes, pun intended) and whistles imaginable. Their synagogue in Jerusalem may be the largest in the world, seating 6,000 in a building that took 15 years to construct. It is modeled on the original synagogue in Belz, in Ukraine, which is reportedly structurally similar to the ancient temple in Jerusalem. If one believes Wikipedia, the Nazis were incapable of destroying the synagogue with dynamite and conscripted local Jews to dismantle it one brick at a time.