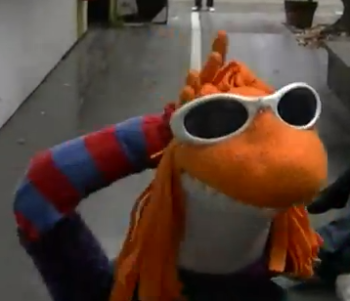 (JTA) – A Holocaust joke made on national television by comedian Elias Escobedo while voicing a hand puppet has the Jewish community of Chile considering a lawsuit.

Jewish leaders on Wednesday said they were considering the action against Escobedo for saying “Jews burned better than wood” through the voice of his puppet, Murdock the Lizard. The leaders are expected to take part in a parliamentary meeting on the slur.

“It lacks humor, there is no reason to laugh and he has injured people’s dignity,“ said Gabriel Zaliasnik, the former president of the Chilean Jewish community.

Escobedo’s comment was made on the comedy show “Hazme Reir,” or “Funny People,” which was broadcast Monday by Chilevision. The national television authority received hundreds of complaints after its airing.

“We profoundly regret the words uttered by [Escobedo] on Monday, May 20, in his humorous routine,” a spokesperson for Chilevision said, according to local media. “Never in the station’s 52 years has it been our interest to foment acts of racism or discrimination. We hope our apologies will be accepted.”