Jewish Scouts say lifting of ban on gays is ‘momentous’ 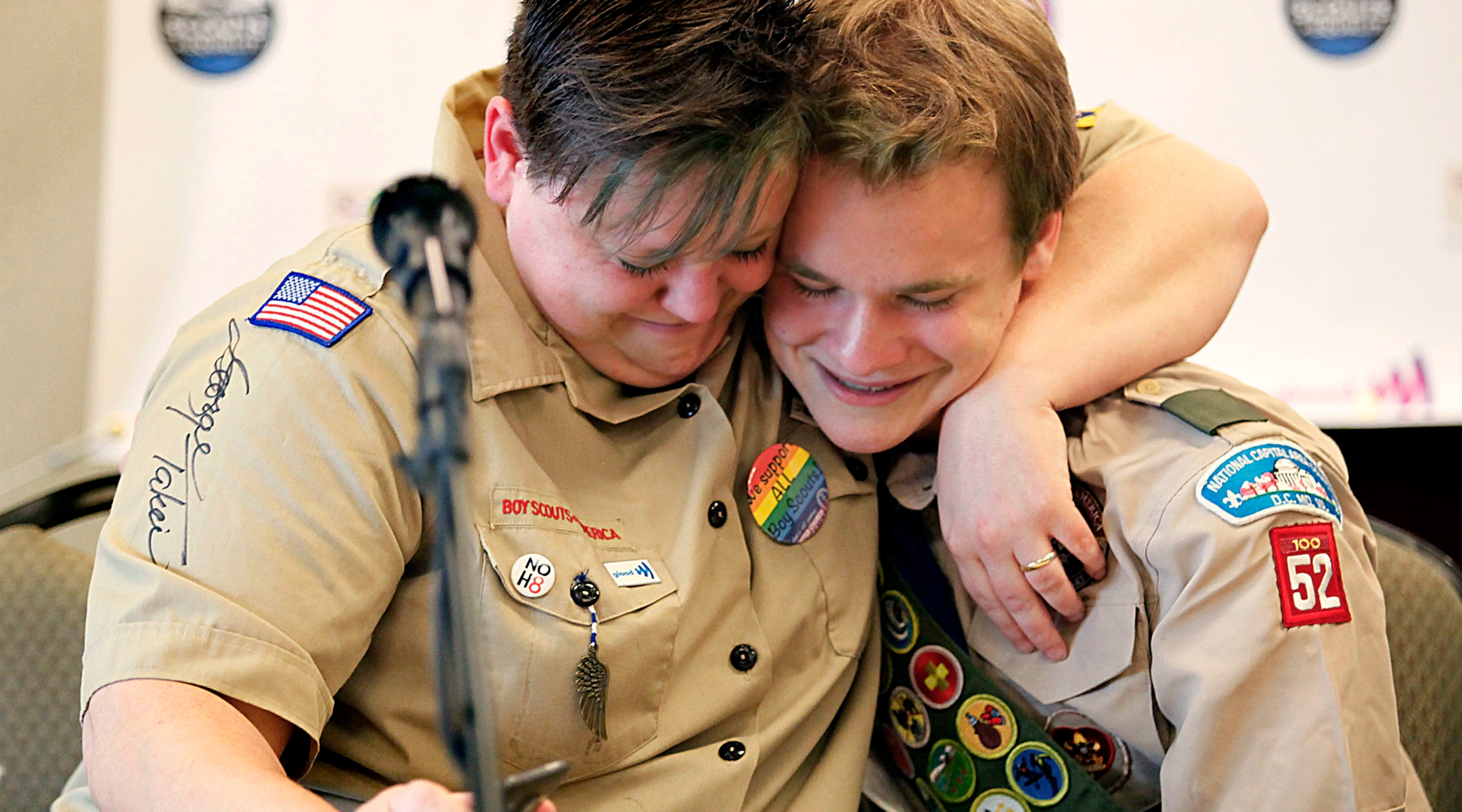 NEW YORK (JTA) — Jewish Scouting leaders said they were “overjoyed” after the Boy Scouts of America passed a resolution lifting a ban on gay youth.

A.J. Kreimer, the outgoing chairman of the Nation Jewish Committee on Scouting, said Friday the decision reached at the BSA’s national convention in Dallas on Thursday was “momentous.”

“Anything we can do to get more young people, especially Jewish youth, involved is a great day for Judaism and for scouting,” he said.

Members of the Boy Scouts of America’s National Council passed the contested resolution with 61 percent of the vote.

NJCOS and other Jewish groups had been vocal in their support for lifting the ban.