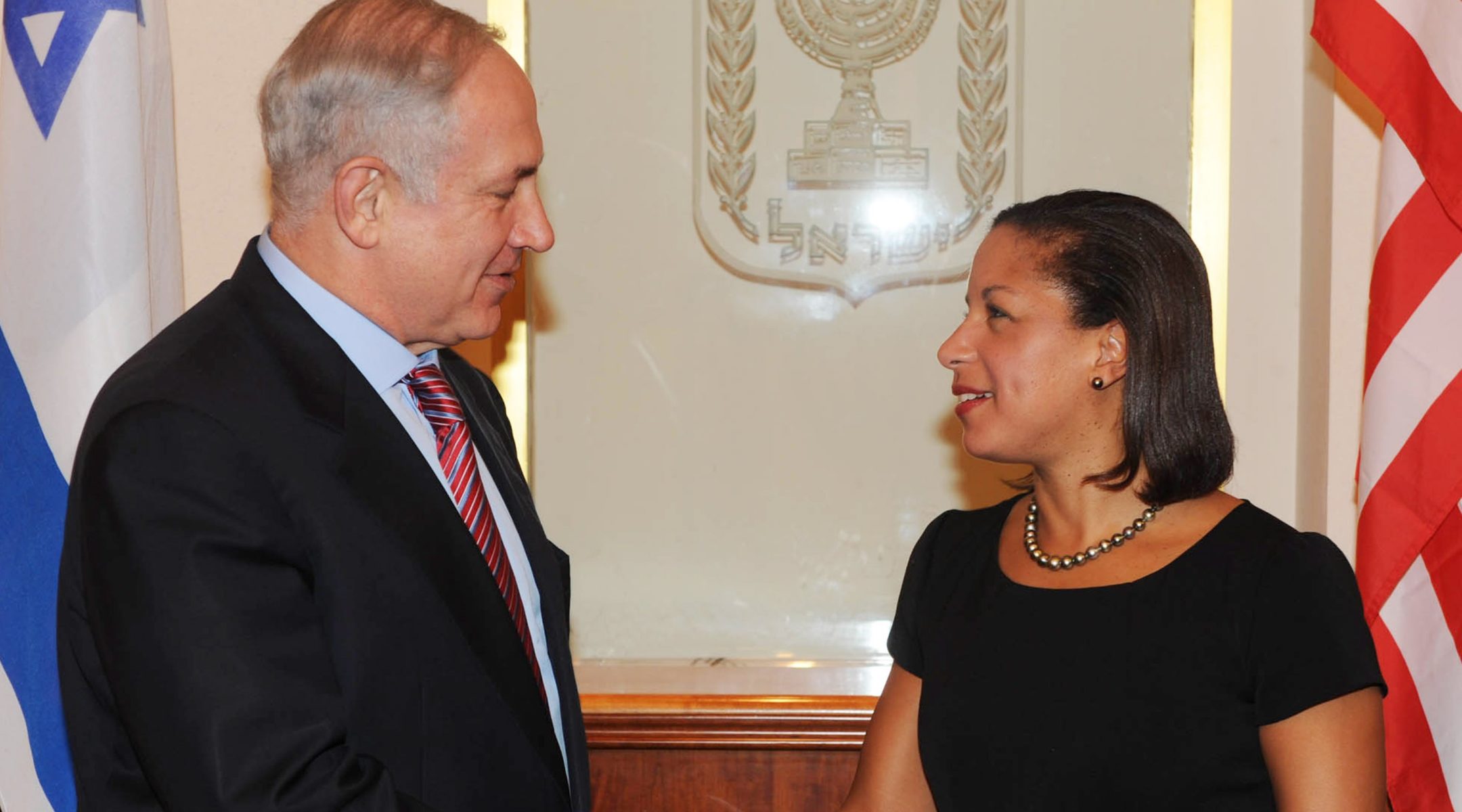 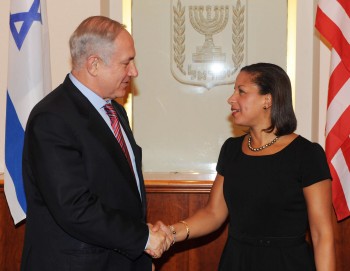 WASHINGTON (JTA) — Susan Rice has said that a “huge” portion of her work at the United Nations was defending Israel’s legitimacy. Her new job will likely be no less Israel-centric.

President Obama plans Wednesday to name Rice his national security adviser and replace her at the U.N. with Samantha Power, one of his top White House advisers. Rice would succeed Tom Donilon, who has been in the post since 2010.

Rice has scored mostly high marks from Jewish groups for her defense of Israel at the United Nations, although right-wing groups were furious with her in 2011 when she condemned Israel’s West Bank settlement policies. She did so even as she cast a Security Council veto that nullified a resolution condemning the settlements.

In her new job, Rice isn’t likely to get an Israel break –particularly with Secretary of State John Kerry making a renewed push to bring Israelis and Palestinians back to the negotiating table. The national security adviser consults with top Israeli officials about the peace process, as well as about the turmoil in the region and the potential of an Iranian nuclear threat.

Rice has forged close ties with Israeli U.N. diplomats, whom she constantly praises for doing work that exceeds the size of the delegation, and she is likely to also be an enthusiastic advocate for cooperation on the Iran front. In 2008, she signed on to a 2008 Washington Institute for Near East Policy task force paper that described the prevention of a nuclear Iran “vital to America’s own security” and recommended close cooperation with Israel toward that end.

Obama had wanted to name Rice secretary of state to replace Hillary Rodham Clinton, but she ran into opposition among Senate Republicans because of her role in presenting a version of the fatal attack last September on the U.S. Consulate in Benghazi, Libya, that blamed the attack on spontaneous anger at a U.S.-made video that vilified Muslims. It was learned subsequently that extremists had planned the attack.

Still, Rice has enjoyed warm relations with the pro-Israel community, including from conservatives who have lauded her defense of Israel at the United Nations. Last month, she was honored by the American Jewish Committee with its Distinguished Public Service Award, saying in her acceptance speech that she regretted her mother was unable to attend.

“She would have got a lot of nachas,” Rice said.

Power, Obama’s designated replacement for Rice, accrued much good will among Jewish groups in the 1990s for her work on genocide, which included research confirming previous reporting that the United States could have done more during World War II to stop the Nazi killing machine.

But Power subsequently alienated many in the community when a video surfaced from 2002 in which she accepted overblown estimates of casualties of an Israeli raid in the West Bank, advocated for cuts in assistance to Israel and called for an intervention force to protect Palestinians.

After joining the Obama team in 2009 as a member of the National Security Council — a post she left in February — she assuaged many concerns, first by joining Rice in taking the lead against the singling out of Israel at the United Nations. It was Power’s call, ultimately, to keep the United States out of Durban II, a 2009 reprise of the 2001 conference on racism in South Africa that devolved into into a festival of Israel bashing.

Power also has earned kudos from some conservatives for being a leading voice inside the White House for intervention during the turmoil roiling the Middle East, advocating forcefully for increased U.S. assistance to Syrian rebels.