Bill Clinton to Israelis: Share future with a Palestinian state 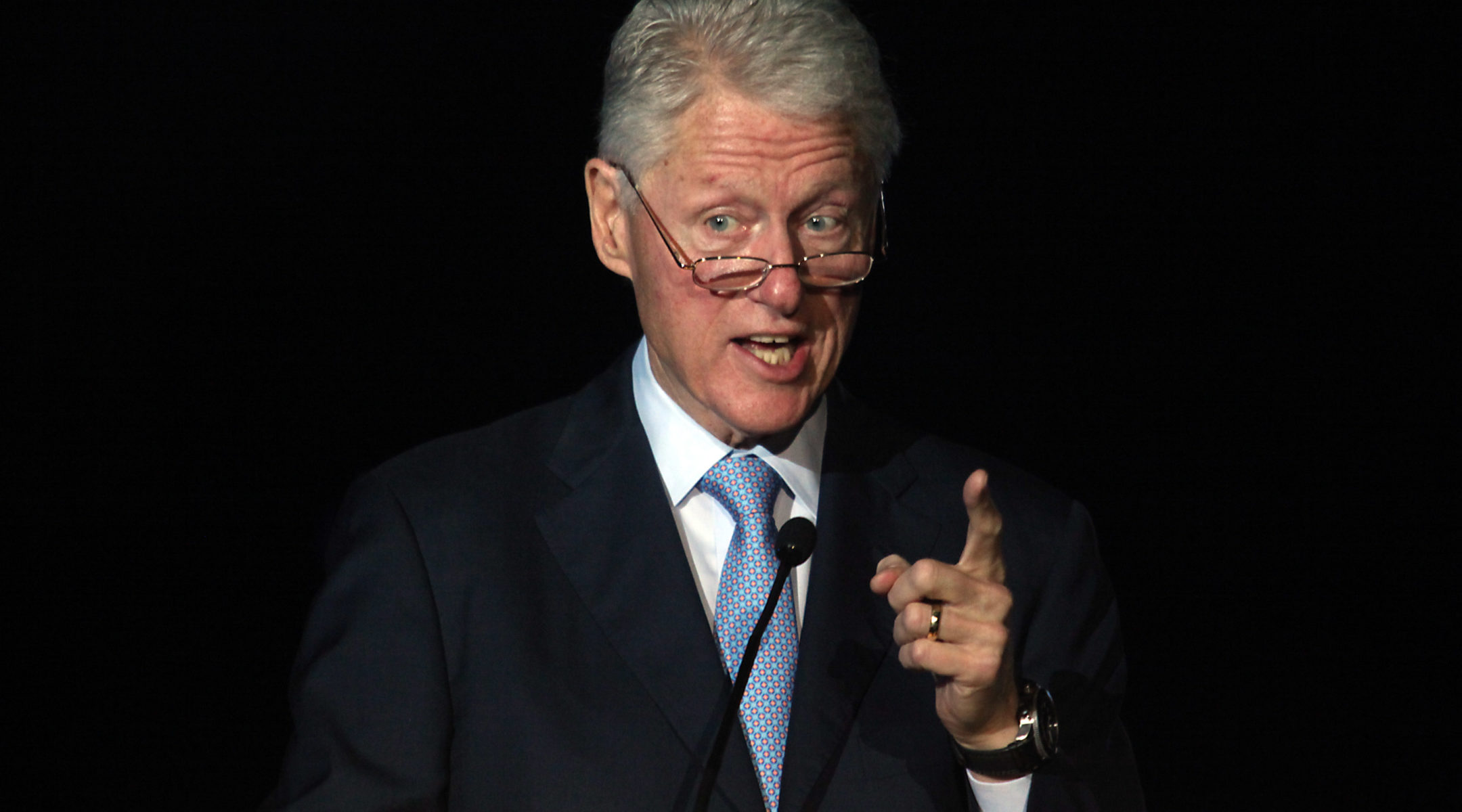 JERUSALEM (JTA) — There is no alternative to a two-state solution to the Israel-Palestinian conflict, Bill Clinton said at an event to honor Israeli President Shimon Peres.

Clinton was speaking Monday night at the Peres Academic Center in Rehovot in honor of Peres’ 90th birthday.

“Your neighbors are still your neighbors,” the former U.S. president said of the Palestinians. “One way or the other, you’re going to share your future with them.

Saying he is like President Peres, Clinton said, ” I don’t see any alternative to a Palestinian state.” He added, “Paint a picture in your mind of the future you want to have and take the logical steps to achieve it.”

Clinton said he would give his $500,000 speakers’ fee to his charitable foundation. Earlier this month, the Israeli Jewish National Fund pulled out of the event following a public outcry and media scrutiny over the speakers’ fee; center donors covered the fee.