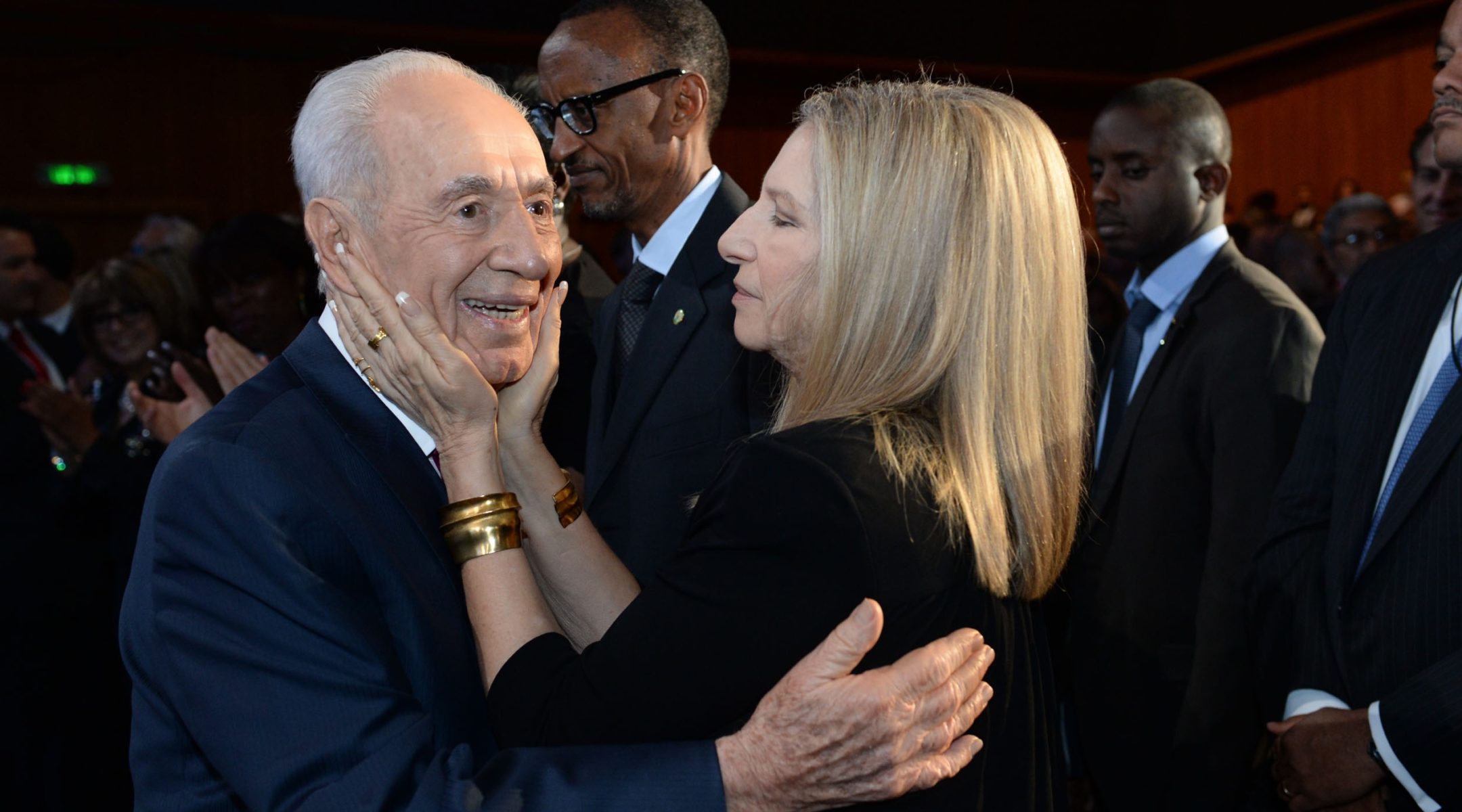 The prime-time birthday celebration Tuesday night marked the start of the fifth annual Israeli Presidential Conference. Two of every three Israeli television viewers tuned in to the ceremony, which was broadcast on four Israeli television networks, according to Globes.

Peres was serenaded by Barbra Steisand with the traditional “Avinu Malkeinu” and by her signature “People.” She was preceded in song by popular Israeli singers Eyal Golan and Shlomo Artzi

“We have our queen and you have your Shimon,” said former British Prime Minister Tony Blair, who started off the evening.

Prime Minister Benjamin Netanyahu recalled meeting Peres for the first time at the funeral of his brother, Yoni, who was killed while rescuing Israeli hostages in Entebbe, Uganda. He said he will never forget the words of comfort offered by Peres when he came to sit shiva with the family.

He also discussed the president’s contributions to the state. 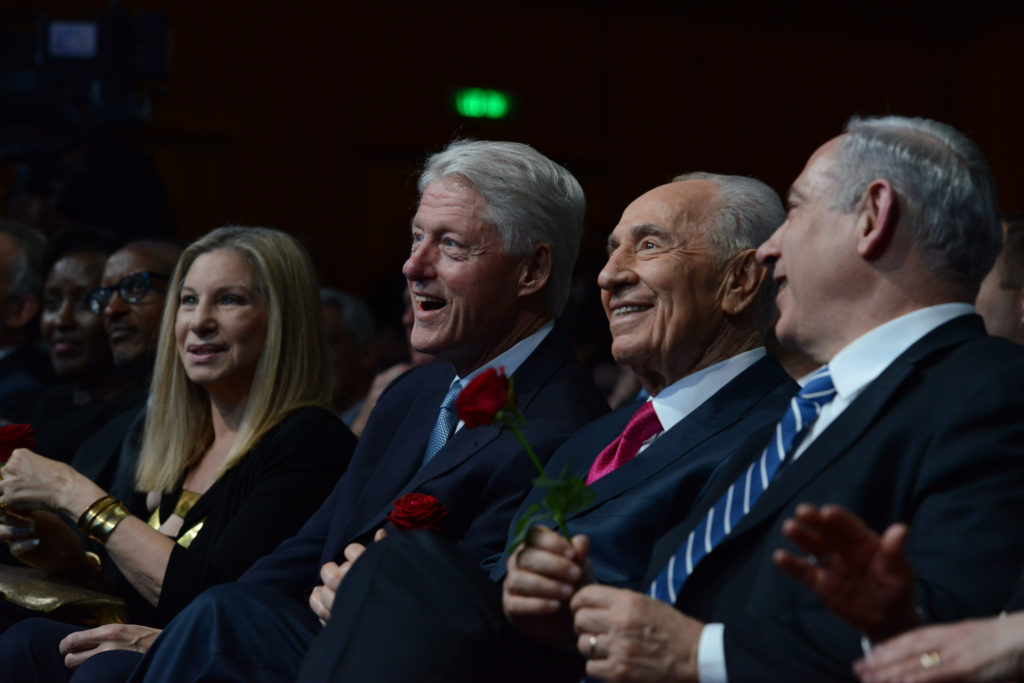 “Shimon Peres has devoted his life to building Israel and building peace. A strong Israel creates the conditions for peace,” Netanyahu said. “We extend our hand in peace to our neighbors, but we are always ready to defend ourselves. This is what I’ve learned from Shimon Peres: Look to the future, remember the past and be prepared to defend yourself.”

Former President Bill Clinton, who sat next to Peres in the front row of the ceremony, called Peres “the world’s social Einstein.”

“You have tried to put together a unified theory of meaning,” the ex-U.S. president said. He recalled that the two men have “buried people we love together.”

“The thing that I love about you is the remarkable combination of mind and heart that allow you to always be big,” Clinton said

Dozens of children participated in the program, including filling the stage and the aisles while singing John Lennon’s iconic “Give Peace a Chance.”

Peres spoke about how his life has dovetailed with the history of the State of Israel.

“On this occasion, I feel grateful because the chapters of my life are entwined with the story of the birth and the development of the State of Israel. Because I have been given the wonderful privilege to serve my country. To take part in the building of its strength. To pursue peace, our heart’s truest desire,” he said.

On the topic of peace, he added, “I believe that Israel can go higher and higher, if we make the necessary decisions. We genuinely and truly strive to be a nation among nations, a nation that gives. We long for peace with our neighbors.”

Peres is the oldest sitting head of state; his birthday is on Aug. 2. The Presidential Conference, attended by nearly 5,000 world leaders and innovators, ends on Thursday.