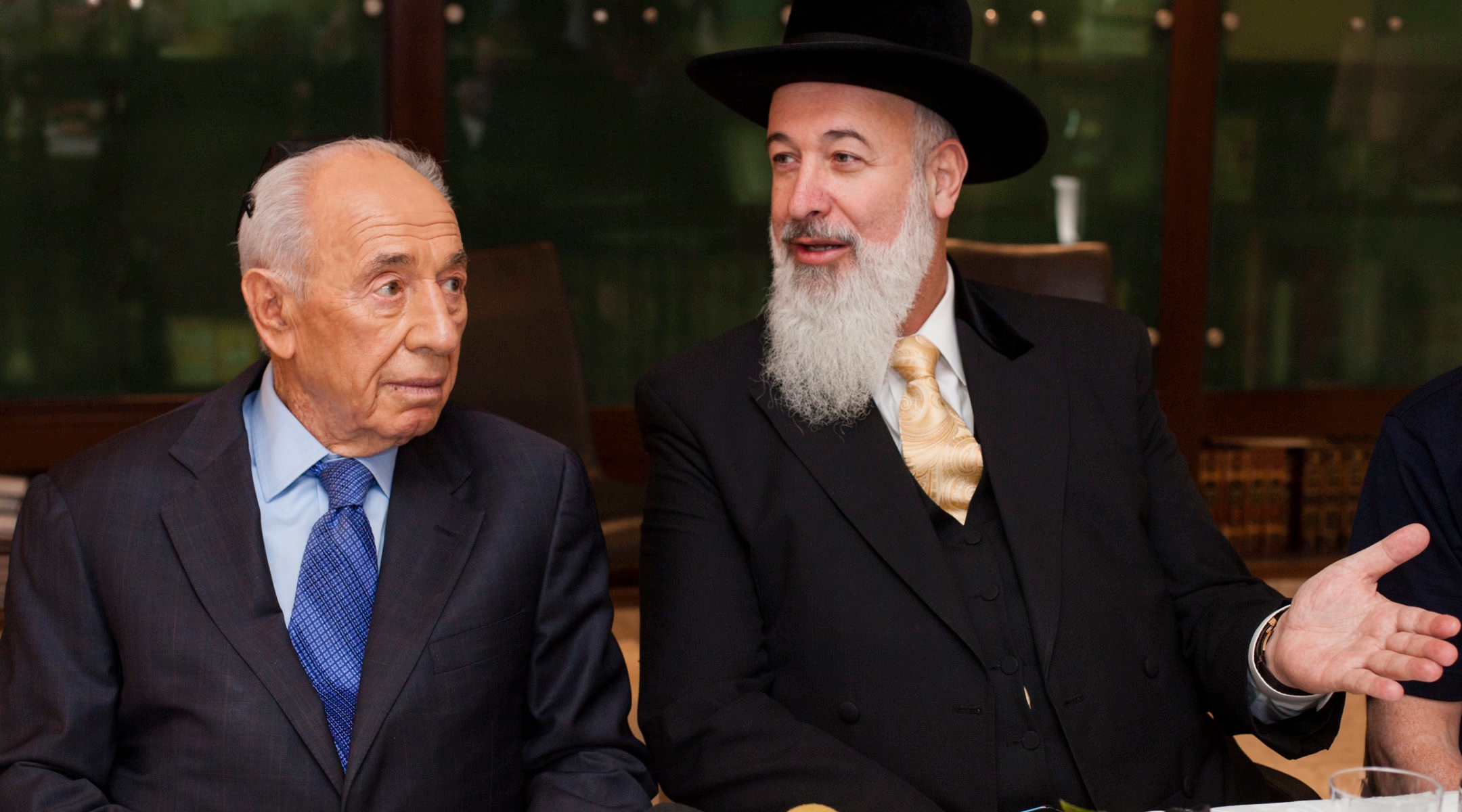 But when news broke last week that Israel’s Ashkenazi chief rabbi, Yona Metzger, was arrested on suspicion of fraud and money laundering, Pappenheim and Regev had the same reaction: Who cares?

For Pappenheim, the chief rabbi is a political figure who has scant influence as a religious leader. And to Regev, he represents a coercive religious authority whose actions have little meaning for Israel’s secular majority.

Both regard the chief rabbi’s legal troubles as both unsurprising and largely irrelevant.

“Whom does the chief rabbi serve?” asked Regev, who heads Hiddush, a religious pluralism nonprofit. “The secular sector has no connection to the rabbinate. It doesn’t have any expectations of the chief rabbinate.”

Metzger’s arrest last week on accusations that he embezzled money meant for nonprofits led the rabbi to suspend himself from his position until the investigation is completed.

Following 10 hours of questioning on Thursday by police with the National Fraud Unit, Metzger was placed under house arrest until Tuesday, the date of his first court hearing. Three of his associates also were brought in for questioning.

The scandal is the latest in a string of accusations against Metzger and the most recent allegation of wrongdoing against Israel’s chief rabbis.

Two years later, Metzger was investigated on charges that he received preferential treatment at the David Citadel, a luxury hotel in Jerusalem. Metzger maintained his innocence throughout the probe, which was dropped in 2008 for lack of evidence.

Past chief rabbis also have weathered allegations of misconduct.

Yisrael Meir Lau, Metzger’s predecessor, also was accused of sexual harassment. And Eliyahu Bakshi-Doron, Israel’s Sephardic chief rabbi from 1993 to 2003, is on trial for issuing fake rabbinic ordination certificates to security guards so they could secure pay raises.

For many Israelis, such sordid tales are an unfortunate and all-too-familiar sideshow.

“When there’s a desecration of God’s name like this, where a rabbi is accused and in house arrest, it’s a disgrace,” said Pappenheim, adding that past allegations against Metzger and Lau “pushed the rabbinate down to a nadir.”

It’s a far cry from the prestige commanded by the chief rabbi a half-century ago, when the office was occupied by highly regarded figures such as Abraham Isaac Kook and Yitzchak Halevi Herzog.

In July, Israel is due to choose replacements for Metzger and his Sephardic counterpart, Shlomo Amar. Some hope that a more moderate rabbi like Kook, the father of religious Zionism, rather than a haredi Orthodox rabbi can restore some of the office’s honor while making it more open to Israelis of all stripes.

But regardless of who wins, according to Pappenheim, his community will do little more than shrug.