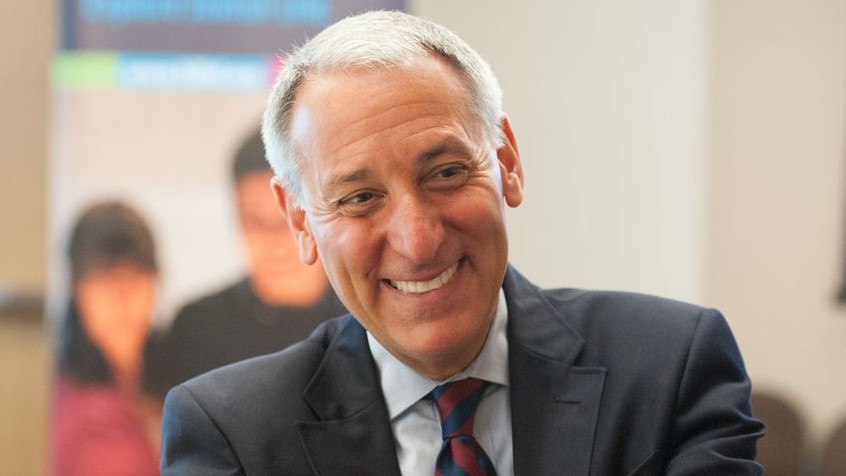 Eric Fingerhut is set to become the new CEO of the Jewish Federations of North America. (Courtesy of Hillel)
Advertisement 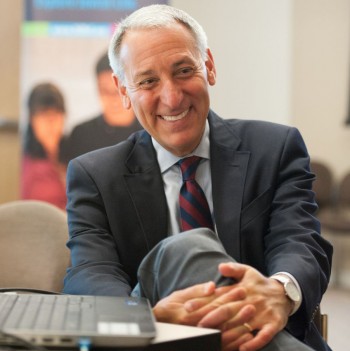 Eric Fingerhut is set to start in August as the president and CEO of Hillel. (Courtesy Hillel)

NEW YORK (JTA) — Eric Fingerhut, a former U.S. congressman and leader of Ohio’s system of public universities and colleges, has been tapped to serve as the next president and CEO of Hillel.

Fingerhut’s hiring was approved Sunday in a unanimous vote by Hillel’s board of directors during a meeting in New York. He comes to the international campus organization after serving most recently as a corporate vice president at Battelle, a Columbus-based independent research and development organization.

“I am honored to be joining such an esteemed and important organization,” said Fingerhut, 54, in a statement released by Hillel. “Everything in my life has led to this moment — my public service, my work on campuses and research centers across Ohio, and my lifelong devotion to Israel and the Jewish people. And so I couldn’t be more thrilled.”

Hillel boasts a network of 550 branches at colleges, universities and communities in North America, Israel, the former Soviet Union, Europe and Latin America. While most of the branches operate independently, the central Hillel organization, based in Washington, plays a lead role in setting strategy for the movement and raising money to create and help implement new strategies at the campus level.

New Hillel President Eric Fingerhut speaking with Johanna Rothseid, a student member of the Hillel board of directors. (Courtesy Hillel)

Under the guidance of Fingerhut’s predecessor, Wayne Firestone, the organization adopted a new strategic plan focused on reaching Jewish students who rarely, if ever, frequent Hillel houses. When Firestone announced his decision last year to step down as leader of the organization, Hillel board members said the next president and CEO would need to focus on securing new funding sources to fund the strategic direction.

Sidney Pertnoy, chairman of Hillel’s board of directors, issued a statement saying that “we are confident Eric will be an excellent leader so we can better engage the Jewish world’s most precious resource — over 400,000 Jewish students on college campuses in North America and the hundreds of thousands of Jewish students and young adults in communities around the globe.”

Fingerhut, who is set to start in August, also issued a video statement in which he pledged to follow the lead of Hillel the Elder, for whom the organization is named, noting his reputation as Judaism’s most inclusive rabbinic sage.