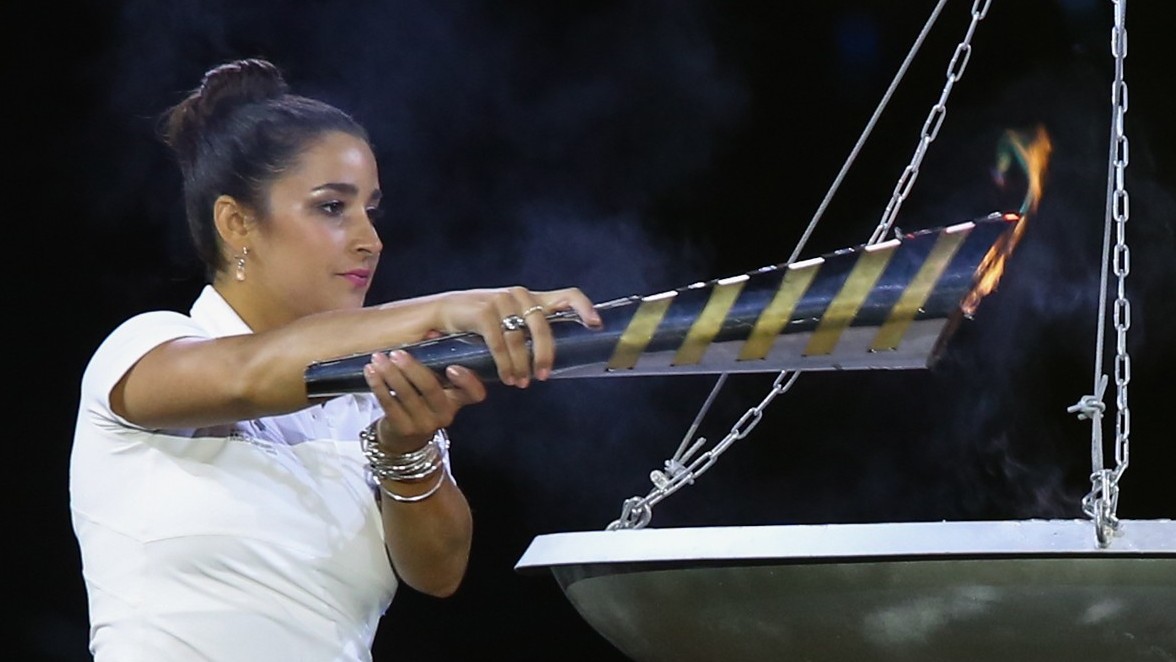 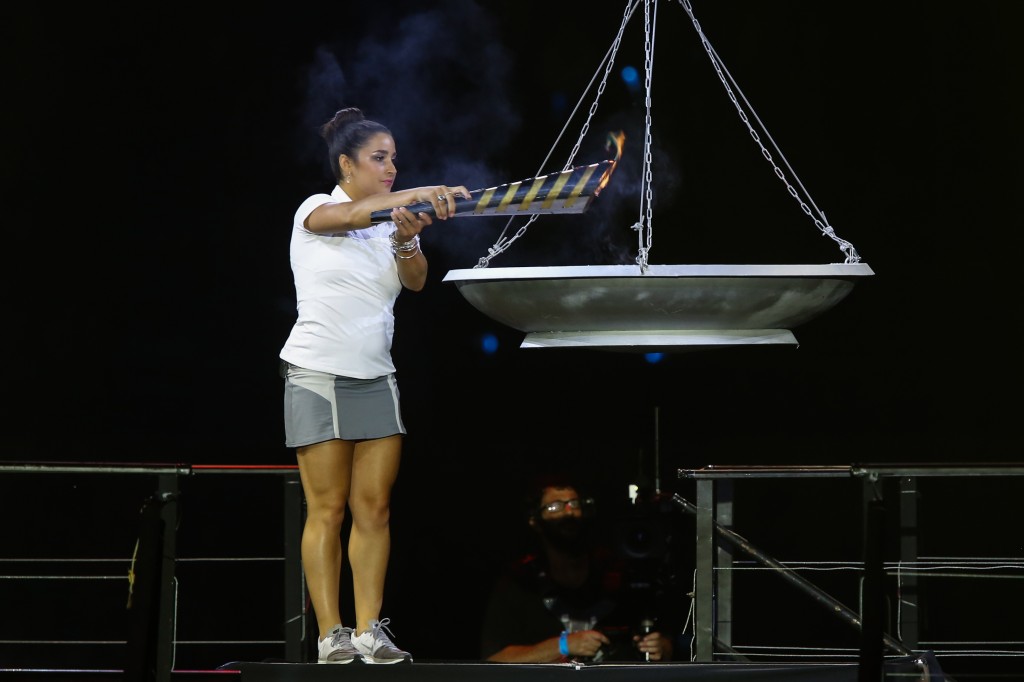 JERUSALEM (JTA) — U.S. Olympian Aly Raisman lit the torch at the opening ceremony of the 19th Maccabiah Games, which features a record number of nearly 9,000 athletes. 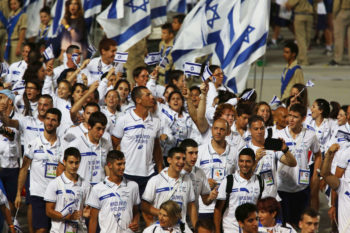 The Israeli delegation to the 19th Maccabiah Games marching at the opening ceremonies at Jerusalem’s Teddy Stadium, July 18, 2013. (Yonatan Sindel/Flash90)

Thursday night’s ceremony at Teddy Stadium in Jerusalem featured pyrotechnics and performances with hundreds of dancers and popular Israeli singers, as well as electric violinist Miri Ben-Ari. American “X Factor” runner-up Carly Rose Sonenclar sang “Hallelujah” joined by many in the crowd of 30,000.

“After winning medals and winning achievement, go tour Israel. This is your country,” Prime Minister Benjamin Netanyahu said in a welcoming speech that alternated between English and Hebrew. “I’ll tell you the truth. I hope you and your families decide after this visit to come and live here.”

President Obama greeted the athletes via video, referencing the “unshakeable bond” between Israel and the United States.

Athletes from a record 78 countries will participate in 42 sports, as well as Paralympic events. Some 150 athletes who participated in the recent Olympic Games will be competing in the Maccabiah, the quadrennial event known as the Jewish Olympics.

Athletes from the U.S. delegation to the 19th Maccabiah Games celebrating during the opening ceremonies at Jerusalem’s Teddy Stadium, July 19, 2013. (Yonatan Sindel/Flash90/JTA)

Former Israeli Olympians carried a large Israeli flag into the stadium, each accompanied by a participant in the special-needs events.

Amitzur Shapira, an Israeli athlete at the Munich Olympics, recited the Yizkor prayer of mourning in memory of the nine members of the Israeli delegation who were killed in the 1972 Summer Olympics and the four Australian athletes killed in the the 1997 Maccabiah bridge disaster.

Earlier in the day, Peres at a meeting in his Jerusalem office implored New York Knicks forward Amar’e Stoudemire, a coach for the Canadian Maccabiah basketball team, “to join the Israeli National Team and be a part of our country.”

Stoudemire, a one-time all-star, met with Peres to present the educational project he has launched to promote in Israel — learning science through sports.