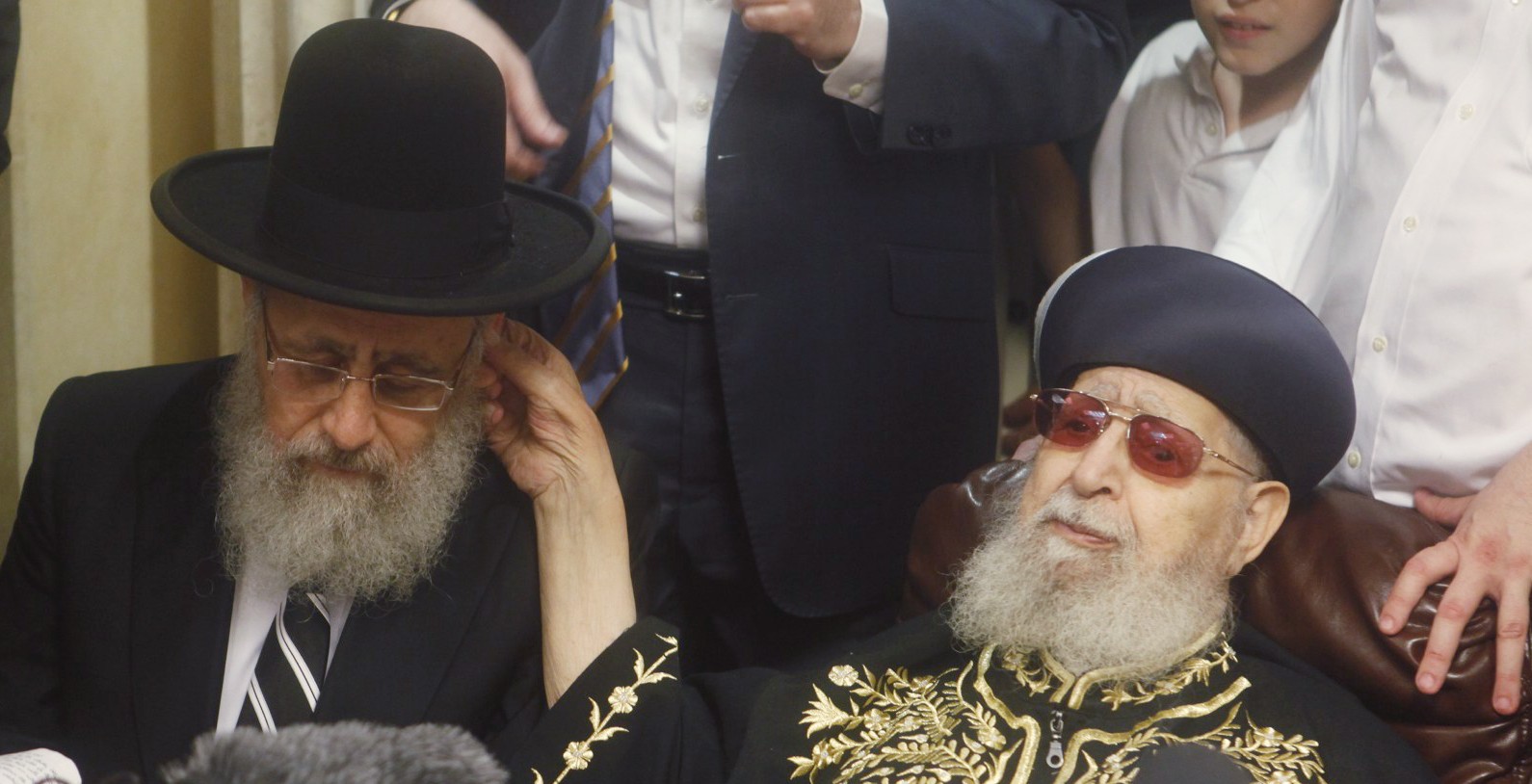 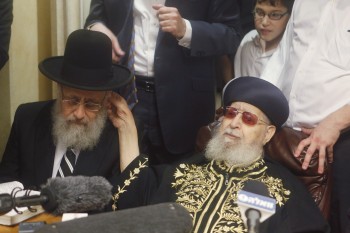 JERUSALEM (JTA) — In a city with a seemingly infinite number of kosher restaurants, Jerusalem restaurateurs have a tough time obtaining certification from the country’s Chief Rabbinate.

Proprietors of the city’s eateries have long complained of exorbitant fines, strict limits on what food they may buy and lax certification supervisors. But they had no choice: the rabbinate’s certification and an even stricter version are the only ones allowed by Israeli law.

So last year, a coalition of 20 Jerusalem restaurants began defying the law, declaring themselves kosher by virtue of public trust rather than a certificate from the rabbinate.

“Kosher certification was always communal, and then it became something institutional,” said Rabbi Uri Ayalon, CEO of the Jerusalemite Movement, which advocates for religious pluralism and helped bring the restaurants together. “It’s absurd that you can open a kosher restaurant and aren’t allowed to use the word kosher.”

The restaurant initiative is one of several that have sought to push back against the rabbinate’s monopoly over Jewish life in Israel. Faced with an institution they see as forcing an extreme reading of Jewish tradition on an unwilling populace, the groups have chosen to sidestep it altogether, providing alternative services to those of Israel’s entrenched religious establishment.

The imperative to circumvent the rabbinic bureaucracy has grown especially strong in the wake of last week’s Chief Rabbinate election, which saw the defeat of a popular reformist candidate and the victory of two sons of former chief rabbis, both haredi Orthodox.

The reformist, David Stav of the liberal Orthodox rabbinic group Tzohar, lost in the race for Ashkenazi chief rabbi to David Lau, the son of Yisrael Meir Lau, who held the post from 1993 to 2003. Yitzhak Yosef followed in the footsteps of his father, Rabbi Ovadia Yosef, in winning the Sephardic chief rabbi post.

“Tzohar tried to fix the rabbinate from inside, to take control of it and fix it,” said Shmuel Shetach, the CEO of Ne’emanei Torah V’avoda, a Modern Orthodox group that supports rabbinate reform. “Even if Rabbi Stav was chosen, the system is too problematic. It’s not appropriate for modern times.” 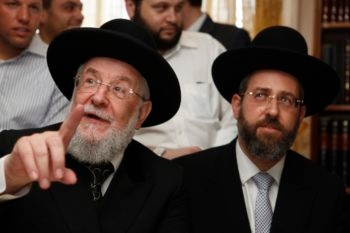 Until now, there have been two major approaches to addressing the rabbinate’s problems: reform and abolition. Orthodox groups generally have opted for the former, arguing that the rabbinate must be maintained as an anchor of Jewish unity. Liberal Jewish groups tend to see the rabbinate as a bastion of haredi Orthodox domination that must be eliminated.

Both approaches have failed.

Stav lost despite an aggressive campaign with backing from key political figures. Calls for the rabbinate’s elimination have gotten even less traction due to the political clout of the haredi political parties and Israel’s reluctance to change the status quo.

Sidestepping measures offer a third way. Some activists are hoping to break the rabbinate’s monopoly on kosher certification. Others want to widen options for Jewish marriage and conversion. Still others hope to help Jewish women seeing a ritual divorce.

“The Israeli public wanted a connection to Judaism, and it got a slap in the face from the dealmakers who said ‘you don’t interest us,’ ” Stav said of his defeat. “But Judaism is stronger than the dealmakers.”

A precedent for the workaround strategies exists in the unlikeliest of places — the haredi community. Despite dominating the rabbinate, the community has its own privately administered kosher certification standard and runs its own network of private religious courts.

Liberal activists believe that if the haredi community can do it, so can they.

The Israeli Conservative movement has launched a modest kosher supervision program for wineries that adheres to Conservative Jewish law, which allows non-Jews to work without restrictions during the winemaking process. The program currently supervises two wineries and is in talks with another three.

It “offers an alternative where people know there is not discrimination against those who aren’t Jewish,” said Rabbi Andrew Sacks, the director of the Conservative Rabbinical Assembly in Israel.

Activists also have started to look outside the rabbinate to help women who cannot remarry because their husbands are missing or refuse to give them a religious writ of divorce, or get.

Batya Kehana-Dror, the head of a group that advocates for these women, hopes the new chief rabbis will find Jewish legal solutions for these so-called chained women, or agunot. But if they don’t, Kehana-Dror plans to convene a private religious court of three rabbis who have proven themselves willing to be more creative with Jewish law.

“If the [chief rabbis] make a move toward finding a solution for agunot, it could be great news,” Kehana-Dror said. “When they don’t give us a solution, we’ll go to a private organization.”

This year, the ruling was extended to Conservative and Reform rabbis in Israeli cities. The rabbis should begin receiving state paychecks later this year.

Shetach of the Modern Orthodox group Ne’emanei Torah V’avoda hopes to extend the precedent of those court decisions to all of Israel’s religious services, which in his vision would operate like the country’s medical system: The government would fund several overarching religious communities, and citizens could choose the one that best suits them, just as they choose among several publicly funded health care networks.

The plan would gradually limit the rabbinate’s powers rather than abolish the body — a goal Shetach sees as more realistic than fighting it head-on.

“Even among the Orthodox there’s an understanding emerging that the struggle against reform is superfluous,” Shetach told JTA. “There’s reform of budgeting for rabbis anyway, so we say to the Orthodox, ‘What will [fighting] bring you?’ ”