Seeking Kin: From Queens to kibbutz, a 40-year journey 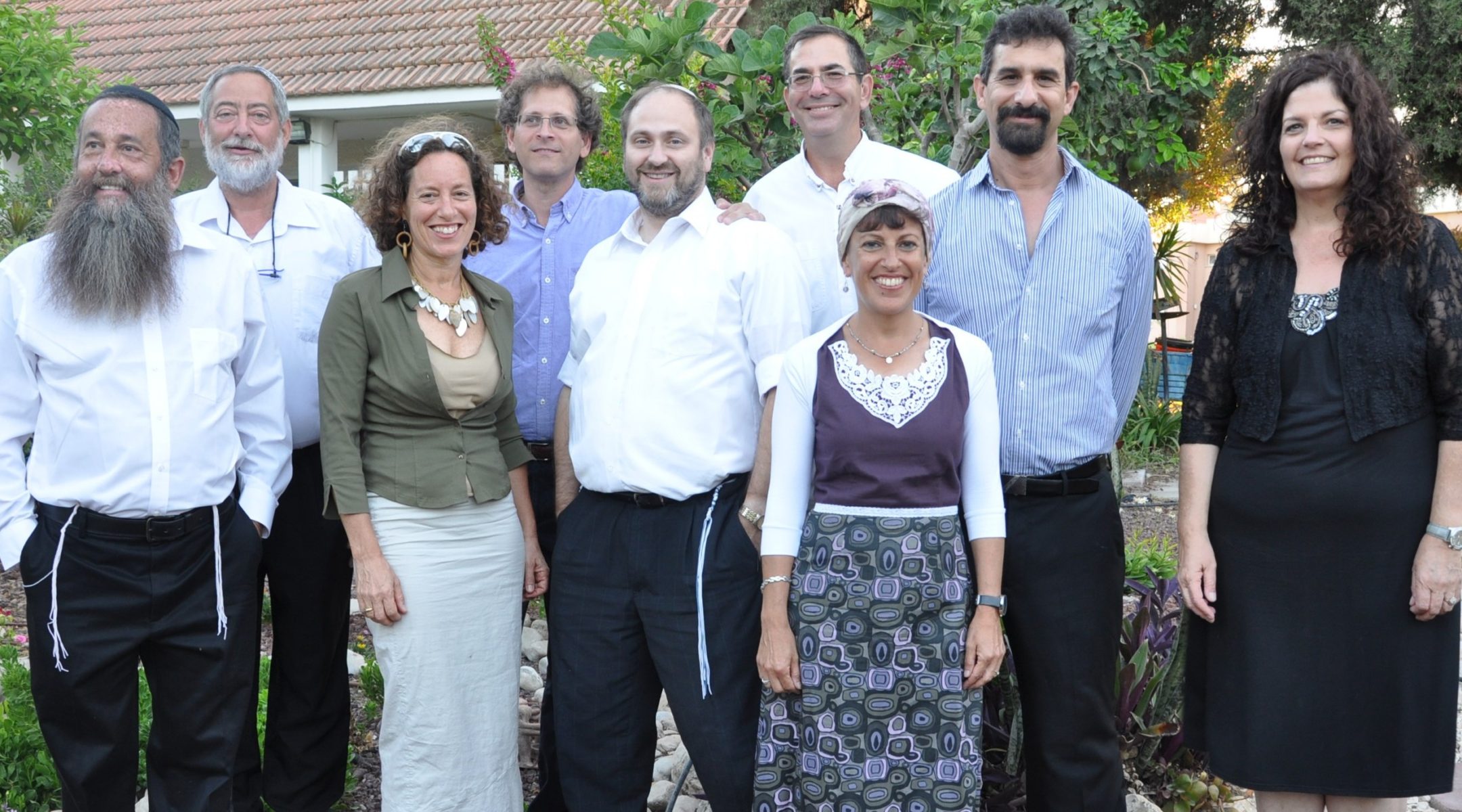 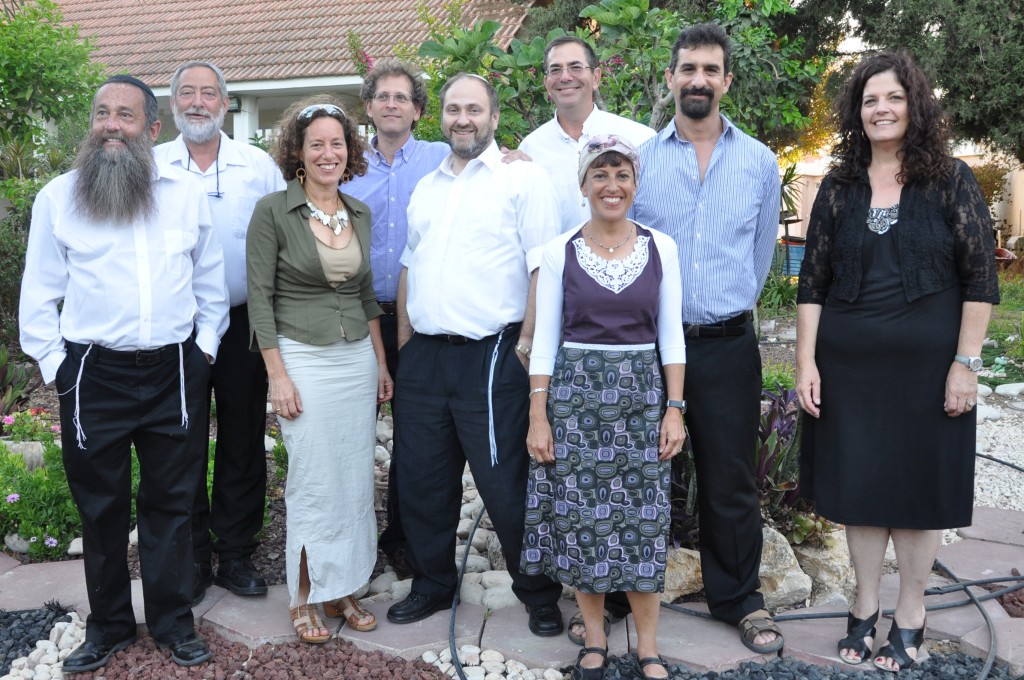 BALTIMORE (JTA) – For Howie Perlman, a kibbutznik in Israel, hearing about the New York reunion of his Yeshiva of Central Queens Class of 1973 spurred him to post a few period photographs on Facebook.

Then he had an idea: Let’s hold a reunion in Israel of the 15 or so YCQ graduates living there.

Perlman was looking for a way to honor his parents, Martin and Zelda, who had died one month apart last fall. What better way to remember them, he figured, than recalling his time at a school for which they had sacrificed for him to attend.

Sammy Klein of Boca Raton, Fla., came too — the Israelis picked that weekend so the visiting Klein could attend the festivities.

YCQ had 77 graduates in ’73, most of whom still live in New York. Of the approximately 15 living in Israel, few are in touch with one another — and no one had suggested celebrating this year’s 40th anniversary.

That is until Perlman got word of the New York reunion in May and apparently twisted a few arms in Israel.

“Howie was so persistent,” said Lavi, who has worked in the management of El Al, Israel’s national airline, for more than a quarter-century. “When you see people after 40 years, how do you begin a conversation? But it was so open, and people were so accepting. It didn’t matter if you were religious or not religious.”

Perlman thought it was a fine way to remember his parents and their sacrifices.

“A house became available that they could afford, but we were getting to be school age and they had to choose: Do they buy a house — the American dream — or do they send [my brother] and me to YCQ?” he said, harking back to the decision his parents faced in the 1960s.

“Being that it was ‘shnat evel’ [year of mourning] and the 40th anniversary of the YCQ class, I decided to organize a reunion and use it as a tribute to them. … Part of who I am is clearly because of the sacrifice they made in sending me to YCQ. It’s all about realizing how I got to where I am.”

Nine classmates attended the Israeli reunion. On their first encounter in four decades, they hugged and smiled, and made sure to pose for a group photo outside Perlman’s house before the Sabbath began.

They enjoyed spirited prayers welcoming the day of rest, then a festive dinner in the kibbutz dining room. Perlman had decorated another common room with photographs he had scanned from the class yearbook.

The classmates and some of their spouses talked deep into the night and all the next day, but the conversation was less what one might expect at a reunion — reminiscing about school-age antics, classmates and teachers — in favor of comparing their lives as Israelis.

Not lost on the group was the timing, with the week’s Torah portion being Masei, or journeys, which recounts the Jewish nation’s post-Exodus wandering in the desert for 40 years. The coincidence of theme and duration resonated.

“In some cases we had more conversation by the end of dinner than we had in all of the years at YCQ,” said Cohen, an engineer and business developer. “We discovered that our ‘journeys’ over the past 40 years had taken us on very different paths.

“We span the religious spectrum and the political spectrum. We have lived in very different places. We are very different people. But the spirit of the event was very down to earth, open to each other’s thoughts and perspectives and getting to know one another as adults with a shared common background.”

Perlman had asked the school’s current principal, Rabbi Mark Landsman, to send along a blessing for the event, which he did. And at the end-of-term luncheon for his staff, Landsman said he grew emotional upon reading Perlman’s note aloud.

Now and then, graduates of the school, founded in 1941, provide such feedback, which Landsman said he finds gratifying.

“Here we had the opportunity to hear from an alumnus who gave us institutional feedback,” Landsman said last week. “We try so hard, but we don’t always know if it’s sticking. Here at a yeshiva, we want to make a spiritual impact.”

Little did Perlman know at the time that the school’s rabbis and Israeli teachers subtly, perhaps unwittingly, were injecting a love of Israel into the studies. The effect was that the education “solidified our identities as Jews and as Zionists,” said Perlman, the father of four and grandfather of two who runs the kibbutz’s chicken coops.

The class may not have to wait until its 50th anniversary for the next reunion. Sladowsky intends to invite his Israeli classmates to the upcoming wedding of his daughter, Perlman said.

The effect of the Class of 1973 reunion endures. Lenny Solomon, a 1974 graduate and a resident of Beit Shemesh, said he plans to attend his own class reunion next year, most likely in New York. He would like to schedule a reunion in Israel, too.

Solomon’s was the last class to graduate from the school’s location at the corner of Jamaica Avenue and 150th Street in the Jamaica section, which had started to deteriorate. By the next fall, the school had relocated a few neighborhoods north to Kew Gardens Hills, where it has remained.

“That school was the best educational experience I ever had,” said Solomon, who tours the world with Shlock Rock, the band he founded. “We had fun and we learned. It was a warm place. I look back on those years with such warm memories.”