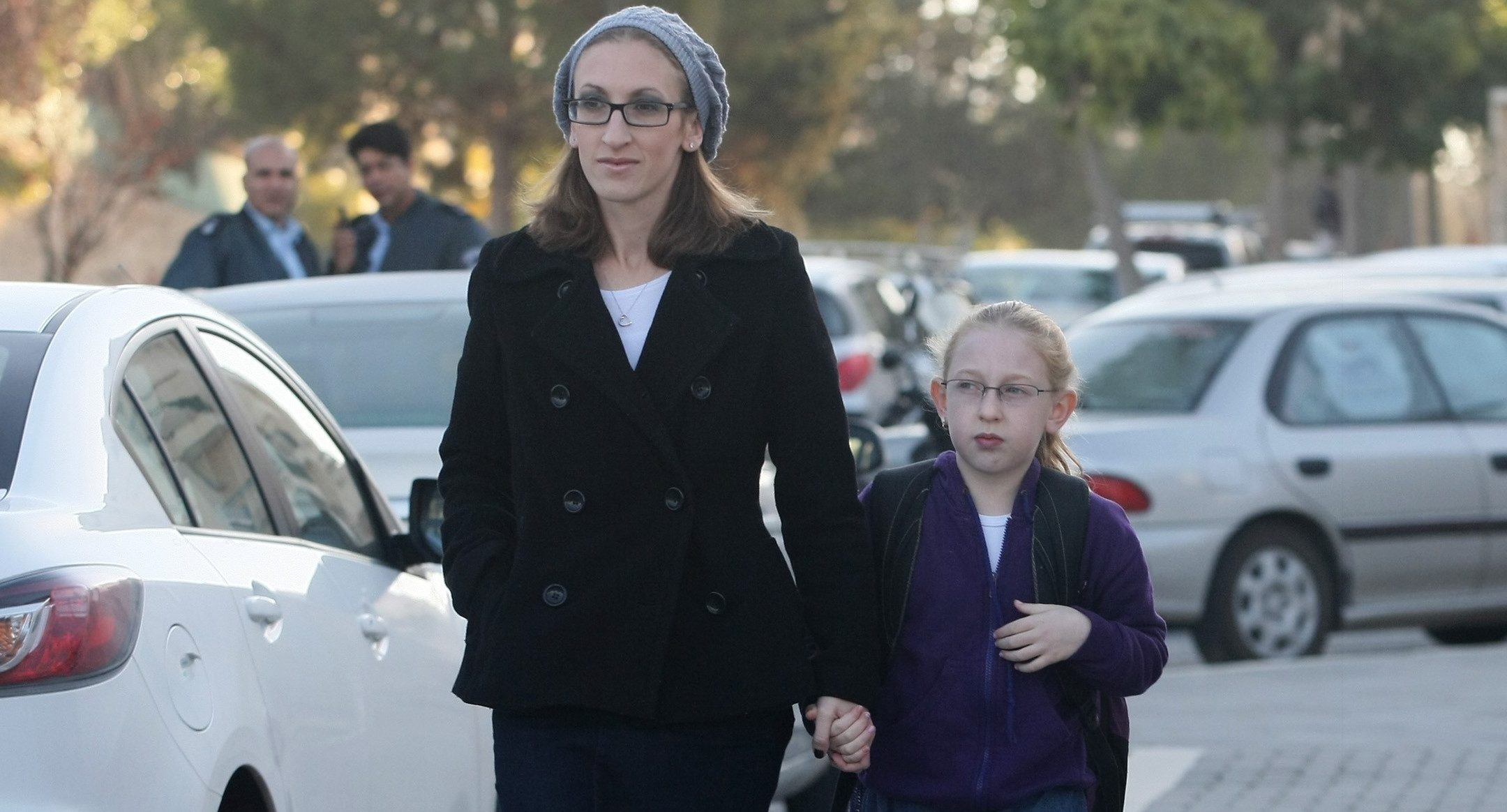 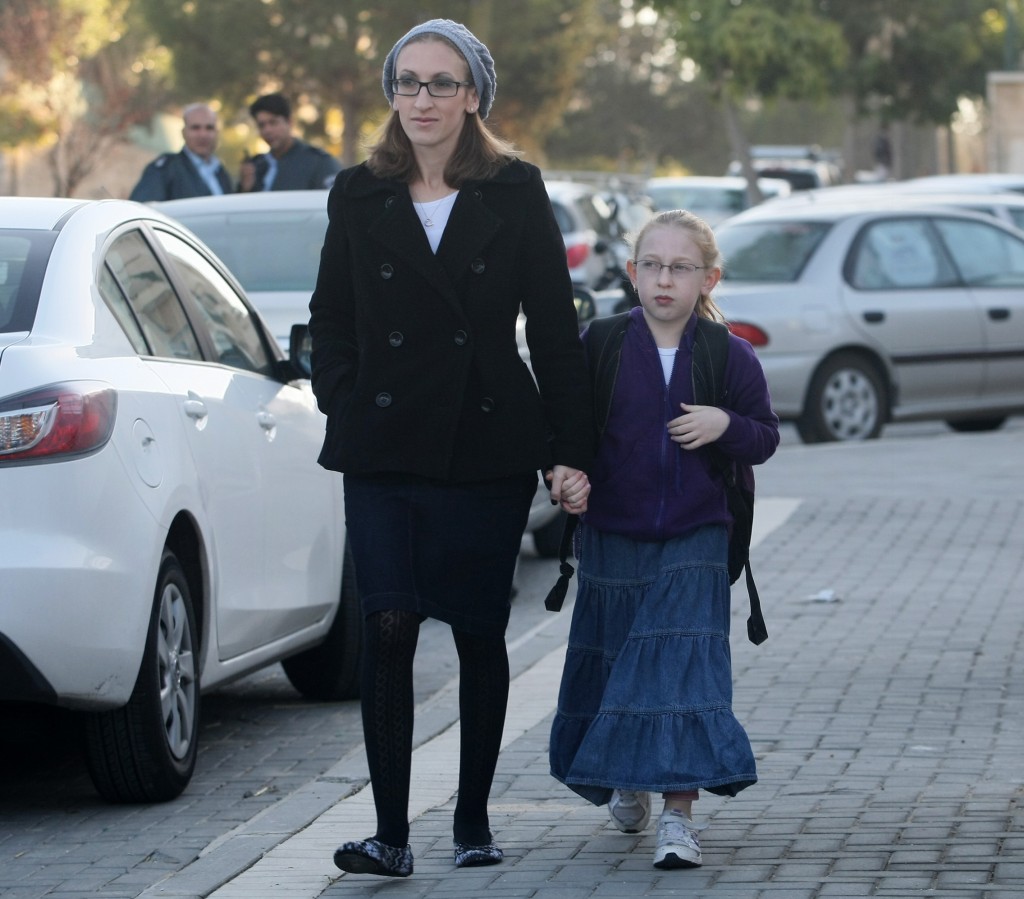 TEL AVIV (JTA) — Two years ago, Hadassa Margolese became a symbol of resistance to haredi Orthodox domination after she allowed her 8-year-old daughter to tell an Israeli reporter how religious men had spit on her as she walked to school.

The report made headlines around the world and cast Margolese into the spotlight as a defender of the rights and values of the Modern Orthodox community in Beit Shemesh, a city of approximately 75,000 just off the main highway between Jerusalem and Tel Aviv with a growing haredi population.

Now Margolese has departed Beit Shemesh — driven out not by the haredi Orthodox with whom she once clashed but by members of her own Modern Orthodox community.

In May, Margolese published a column on the website of the Israeli daily Maariv detailing the degrading treatment she had endured during her monthly visits to a public mikvah, or ritual bath, a practice required by religious laws on marital intimacy. But rather than rally around her as it did in 2011, some in the Modern Orthodox community turned on Margolese, subjecting her to a steady stream of online vitriol.

“I was airing our own dirty laundry as opposed to before, when I was airing another community’s dirty laundry,” she said. “I hear from so many women about their negative experiences [at the mikvah]. I thought people would say, ‘Yes, let’s change this.’ ”

Margolese, 32, is something of a reluctant activist. Unlike many Israeli social reformers, who aggressively seek media attention and speak in confident tones, Margolese is quiet and unassuming, cautious of offending friends and guarded when it comes to her personal life.

She assumed the protest mantle two years ago, she says, mainly out of necessity. And from the time that conflict died down until the mikvah column, she largely retreated into private life, visiting Beit Shemesh’s haredi neighborhoods only when necessary.

“I really have very mixed feelings about it because I want to make whatever changes I can possibly make, but on the other hand, being a public figure isn’t so simple,” she said. “Really the only way to change things is by being public. If you’re not public, nobody cares what you have to say.”

Born in Los Angeles, Margolese came to Israel at 2. A self-identified feminist, Margolese says inequalities between men and women in Judaism have bothered her since she was a child, when she began to question why Orthodox men bless God each morning for not making them women.

Now she is living a more tranquil life in a town of secular and Modern Orthodox families she prefers not to name. Margolese plans to continue to be active on the mikvah issue, though in a more circumscribed way, conducting low-key meetings with activists and politicians, and confining her writing to her blog.

“I’d like to be a social activist,” she said. “I don’t think I have a thick enough skin to be a politician.”

In her mikvah column, Margolese described the way mikvah supervisors would question her Jewish observance and stare at her as she entered and left the water naked. An attendant would interrogate her about how thoroughly she cleaned herself and demand that she return to the sink for another wash.

“I’m supposed to feel clean after the mikvah,” Margolese wrote, “but instead I feel degraded and dirty.”

Soon after the column was published, Margolese was at a meeting of the Knesset Caucus for the Advancement of Women. She planned to stay afterward to meet politicians sympathetic to her cause, but shaken by a stream of negative comments being posted to her Facebook wall — some of them by friends — she left early.

“The humiliation I felt from these individuals was worse than all of my negative mikvah experiences all put together,” Margolese wrote on her blog. “I knew about the gossip going on around me. I cried for days. I couldn’t breathe. I stopped leaving my house other than to go to work. I decided that it is time to move.”

Margolese’s departure comes as tensions between the Modern Orthodox and haredi residents in Beit Shemesh continues to flare.

Last month, a group of haredi men reportedly smashed the windows of a bus after a women refused to give up her seat and sit in the back. This week, police arrested 14 haredi rioters who blocked a major street and set trash bins on fire to protest construction at a Beit Shemesh site that once may have been a burial ground.

Such clashes are not the cause of Margolese’s departure, but they have led other families to ditch Beit Shemesh in recent years, according to City Councilman Shalom Lerner.

“I’m sorry she’s leaving, but it’s her right if she feels better elsewhere,” Lerner said. “Hadassa isn’t the first one to leave and is not the only one thinking about leaving. The past five years haven’t been good.”

And they aren’t necessarily going to get better.

Though a number of initiatives aimed at promoting coexistence in Beit Shemesh were launched in the wake of the incident with Margolese’s daughter, the city is still wrestling with its identity. An acrimonious mayoral campaign is underway, pitting the haredi incumbent against a Modern Orthodox opponent.

Activists say the result will determine the city’s future. But whatever the outcome, Margolese will be watching from the sidelines, not the trenches.

“If I still lived in Beit Shemesh, I would still be trying to change things in Beit Shemesh, like the separate sidewalks [for men and women] and the signs saying to dress modestly,” she said. “But I don’t live in Beit Shemesh anymore, and there are not issues like that in the place where I live.”