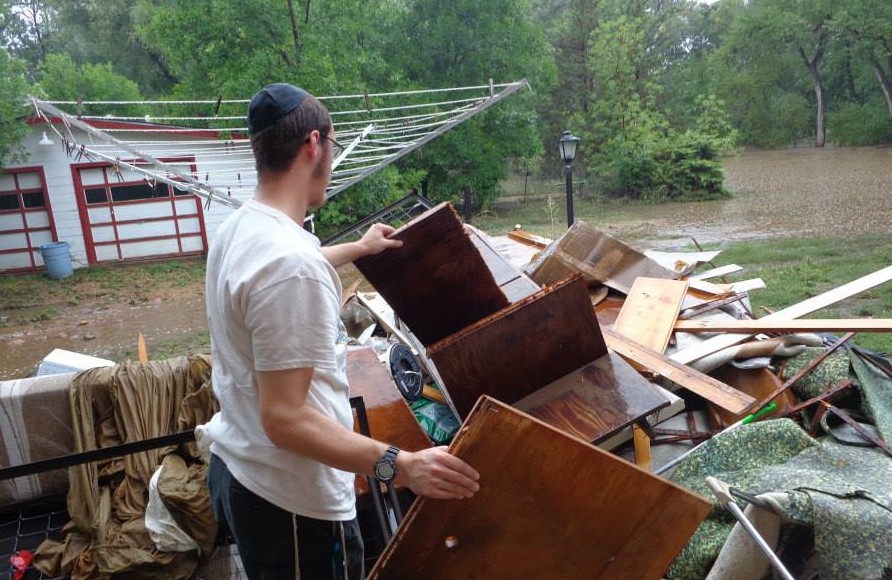 Some of the congregations rented facilities for the services because their buildings were too flood damaged. Members of congregations that were forced to cancel their services were welcomed at other services or were hosted at services in Denver, according to the Boulder Jewish News.

Congregation Bonai Shalom held services on the campus of Naropa University as planned, even though the university was closed, according to the newspaper.

Some 300 worshipers attended Yom Kippur services in the lobby of the Chabad on Campus center in flooded Boulder, Colo. The lobby of the synagogue building is above the flood line, according to  Chabad.org, which reported Sunday on the services.

Rabbi Yisroel Wilhem, co-director of Chabad of the University of Colorado, said many were unable to leave their homes to attend services, but others came because of the tragedy of the flash flooding that continues to batter the Boulder area.

Rabbi Yaakov Borenstein, co-director of the Chabad Jewish Center in Longmont, Colo., was forced to evacuate his home late Thursday night, according to Chabad.org, booking the last room at the hotel in which he had booked a room to host the center’s Yom Kippur services.

At least five synagogues suffered flood damage to basements and social halls. The Boulder Jewish Community Center’s parking lot flooded, and access to the building was cut off, according to the Boulder Jewish News.

Rain continued to fall Sunday in Colorado, with the death toll as high as six and at least 1,000  people unaccounted for, according to reports.