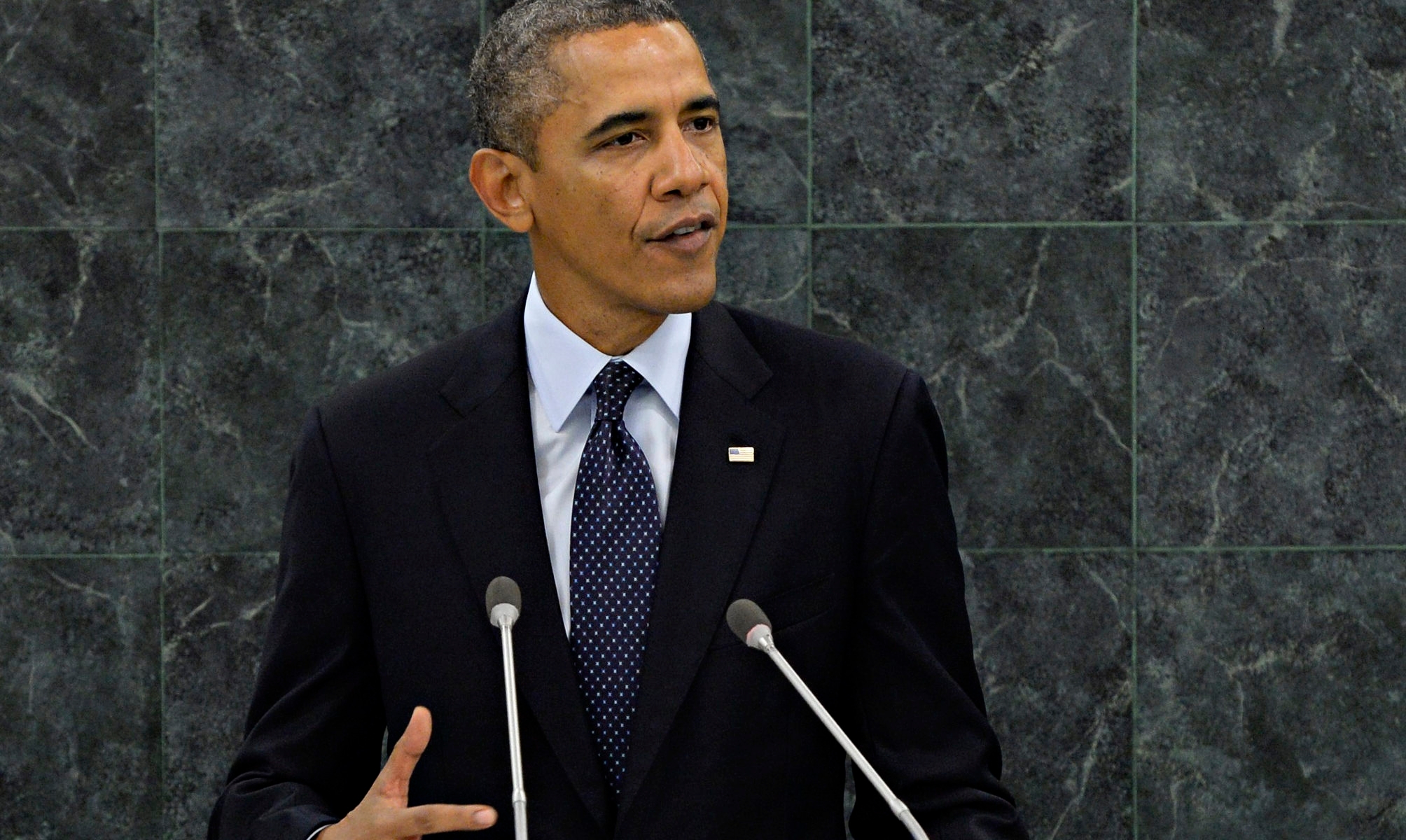 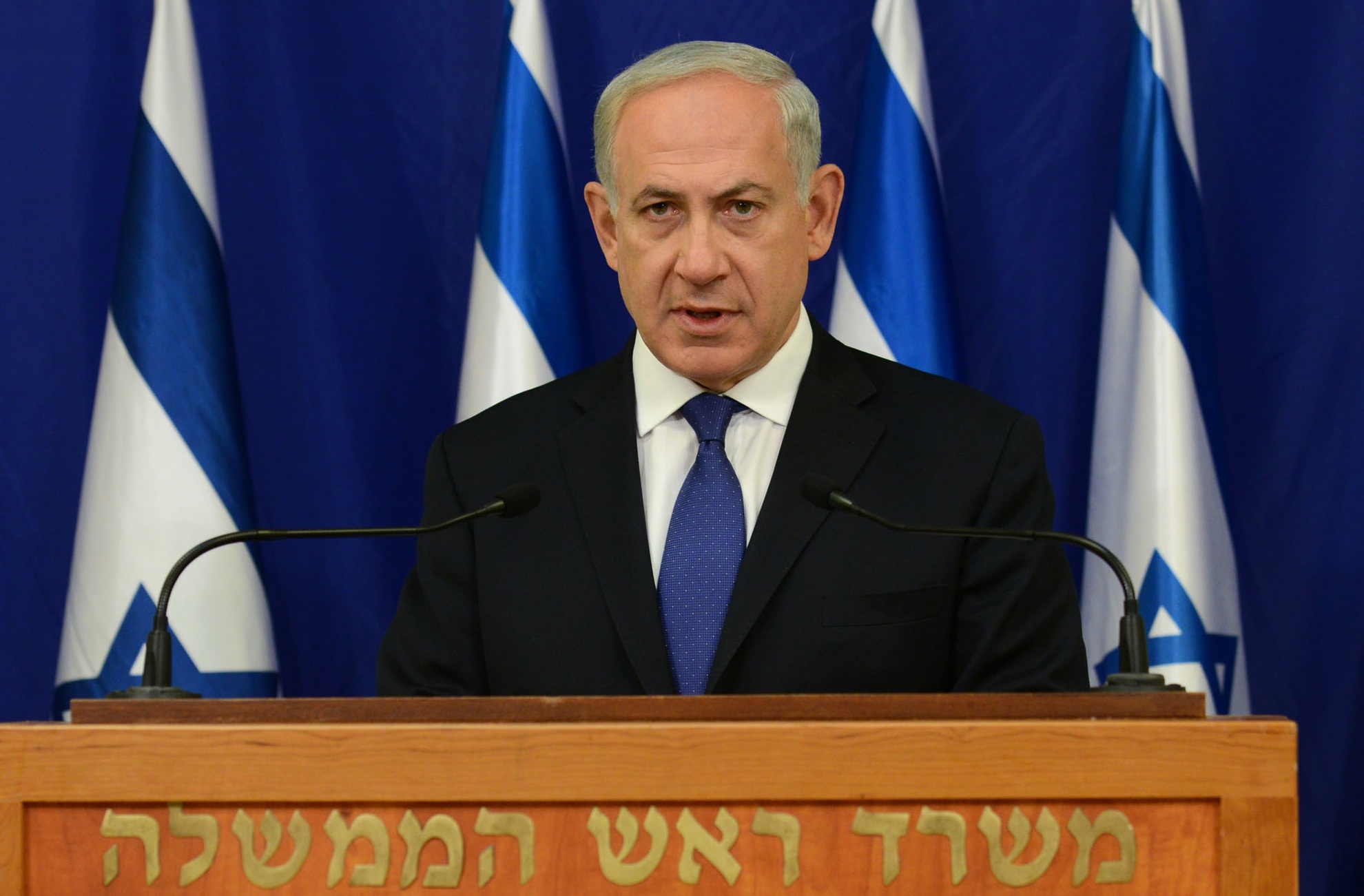 WASHINGTON (JTA) — The good news for Israel in President Obama’s speech at the United Nations was his insistence that any steps Iran might take to solve the standoff over its nuclear program must be transparent and verifiable.

The bad news was that Obama wasn’t clear about what those steps should be.

Israeli Prime Minister Benjamin Netanyahu, in a one-minute video posted online Tuesday after the Obama speech to the General Assembly, welcomed the parameters outlined by the president and made clear he wanted to know more.

But he also reiterated Israeli skepticism that conciliatory gestures by the recently elected president of Iran, Hassan Rouhani, reflects anything more than a skillful charm offensive aimed at easing Western pressure while the pursuit of nuclear weapons continues unimpeded.

“Like North Korea before it, Iran will try to remove sanctions by offering cosmetic concessions while preserving its ability to rapidly build a nuclear weapon at a time of its choosing,” Netanyahu said. “Israel will welcome a genuine diplomatic solution that truly dismantles Iran’s capacity to develop nuclear weapons, but we will not be fooled by half-measures that merely provide a smokescreen for Iran’s continued pursuit of nuclear weapons, and the world will not be fooled either.”

As in recent years, the U.S.-Iran diplomatic drama commanded center stage at the annual September gathering of world leaders at the United Nations. In his speech, Obama devoted much time to discussing Iran, expressing his willingness to reach a diplomatic settlement that would permit the Islamic Republic access to peaceful nuclear energy while ensuring that it does not acquire a nuclear weapons capability.

“To succeed, conciliatory words will have to be matched by actions that are transparent and verifiable,” Obama said.

Netanyahu, who is scheduled to meet Obama at the White House on Sept. 30 — the day before the Israeli leader speaks to the General Assembly — said he welcomed Obama’s insistence on verifiability.

“I look forward to discussing this with the president in Washington next week,” Netanyahu said.

“We insist that the Iranian government meet its responsibilities under the Nuclear Non-Proliferation Treaty and U.N. Security Council resolutions,” Obama said in his speech.

Neither provision includes a total ban on uranium enrichment, although the Security Council resolutions do call for a suspension of enrichment pending fuller transparency.

There were signals in Obama’s speech that he was listening to pleas by Netanyahu for a robust posture ahead of any Iranian deal-making.

The president was explicit that the United States was prepared to use military force to secure its interests in the Middle East. He also repeatedly cautioned against the “development” of nuclear weapons, adopting an Israeli rhetorical device implying that action to stop a nuclear weapon could come well before Iran is poised to get one.

In the past, Obama has spoken of keeping Iran from “acquiring” a weapon.

Still, the administration acknowledged daylight between the Israeli and U.S. perspectives.

“They’re skeptical of Iranian intentions — which is understandable, given their history with Iran — but we do see the potential for progress, certainly more so than we have in the last several years, since we had a negotiation with them in 2009,” said a senior administration official in a background briefing, a transcript of which was released Tuesday by the White House. “And we’re going to test that in the weeks ahead.”

Pro-Israel groups have taken up Netanyahu’s demand, made Sept. 17, that any diplomatic deal must include an end to enrichment and the removal of enriched uranium. A memo Monday from the American Israel Public Affairs Committee called for intensifying sanctions unless Iran suspends enrichment and removes its already enriched uranium.

In his U.N. speech, Rouhani emphatically embraced the transparency sought by Obama and, just as emphatically, rejected the idea that Iran would suspend all uranium enrichment.

“Iran’s nuclear program — and for that matter, that of all other countries — must pursue exclusively peaceful purposes,” Rouhani said. “I declare here, openly and unambiguously, that notwithstanding the positions of others, this has been, and will always be, the objective of the Islamic Republic of Iran.

“Nuclear weapon and other weapons of mass destruction have no place in Iran’s security and defense doctrine, and contradict our fundamental religious and ethical convictions. Our national interests make it imperative that we remove any and all reasonable concerns about Iran’s peaceful nuclear program.”

“Nuclear knowledge in Iran has been domesticated now and the nuclear technology, inclusive of enrichment, has already reached industrial scale,” he said. “It is, therefore, an illusion, and extremely unrealistic, to presume that the peaceful nature of the nuclear program of Iran could be ensured through impeding the program via illegitimate pressures.”

Western diplomats reportedly are ready to accommodate enrichment at between 3.5 and 5 percent — well short of the 20 percent Iran says it needs for medical research and the 90 percent required for weaponization.

Stephen Rademaker, a nuclear negotiator during the President George W. Bush administration and now a lobbyist with the Podesta Group, said that given Iran’s past record of obfuscations, any deal that includes enrichment should be treated with great skepticism.

“In theory, if they enrich only to the 3.5 percent level and respect that, it could work,” Rademaker said. “But the fear is that if they accumulate more and more 3.5 percent material and they employ more efficient centrifuges, then their ability to get close to nuclear weapons state increases exponentially.”

Israel’s insistence on ending such enrichment is a non-starter, said Alireza Nader, an Iran expert at the Rand Corp., a think tank with close ties to the U.S. defense establishment.

But the international community could take steps to limit Iran’s capability to weaponize its nuclear technology, including limiting the number of centrifuges operating in the country, removing stockpiles of enriched uranium from the country and a rigorous inspections regime.

“I don’t think the Iranian regime is bent on assembling weapons no matter what the cost,” Nader said. “They will not risk the regime’s existence to do this.”

David Makovsky, an analyst at the Washington Institute for Near East Policy, a think tank with close ties to both the Obama and Netanyahu governments, says it makes sense to test Rouhani’s rhetoric.

“We should see if Iran’s urgency to get out under sanctions matches Israel’s urgency to slow the pace,” he said.