Netanyahu warns: If necessary, Israel will stop Iran on its own 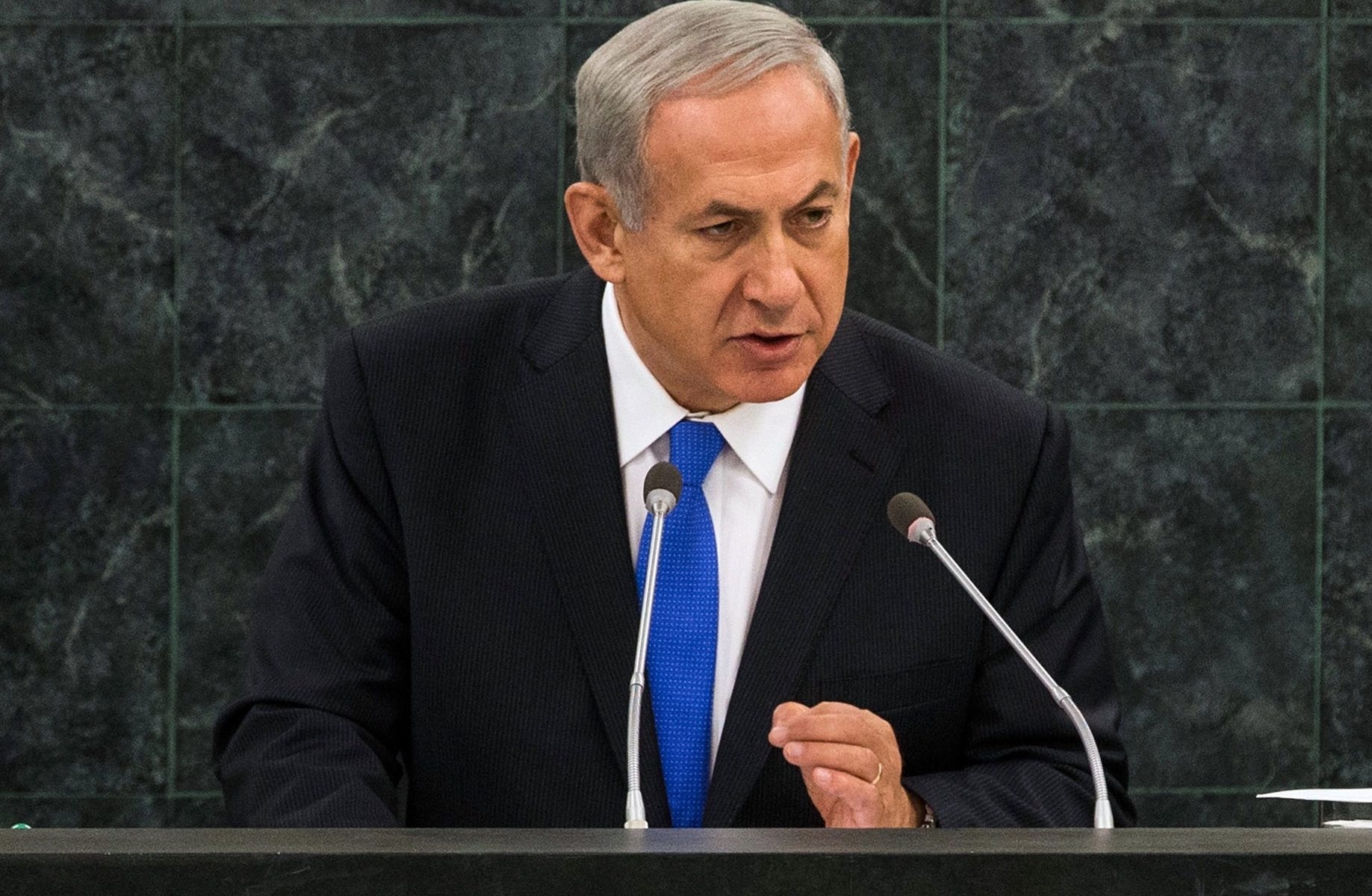 WASHINGTON (JTA) — Israel is  prepared to strike on its own if Iran is poised to obtain a nuclear weapon, Prime Minister Benjamin Netanyahu told the United Nations General Assembly.

“Israel will not allow Iran to get nuclear weapons,” Netanyahu said Tuesday in his speech, the last address at this year’s opening of the General Assembly in New York. “If Israel is forced to stand alone, Israel will stand alone, but in standing alone Israel will know we are defending many, many others.”

In a reply, an Iranian official said his country’s nuclear program was peaceful but also warned Netanyahu not to attack.

“The Israeli prime minister had better not think about attacking Iran, let alone planning it,” said the official speaking for Iran from its desk in the General Assembly.

Netanyahu’s pledge to act alone if necessary came a day after his meeting with President Obama in which the prime minister sought assurances that the United States would maintain a credible military threat against Iran, even as it opens up diplomatic engagement with the Islamic Republic.

Netanyahu urged the international community not to believe the professions of moderation offered by Iran’s newly elected president, Hassan Rouhani.

Netanyahu delivered a mixed message in addressing the principal disagreement between him and the Obama administration over Iranian uranium enrichment.

On the one hand, Netanyahu kept emphasizing that he wanted to see the “weapons” or “military” program ended, which may have hinted at a degree of flexibility on his part. Successive U.S. administrations have accepted the concept of an Iranian civilian nuclear program.

On the other hand, Netanyahu maintained his opposition to any Iranian uranium enrichment.

Western powers reportedly are ready to allow Iran to enrich to 3.5 percent, well short of its current 20 percent level and the 90 percent required for weaponization.