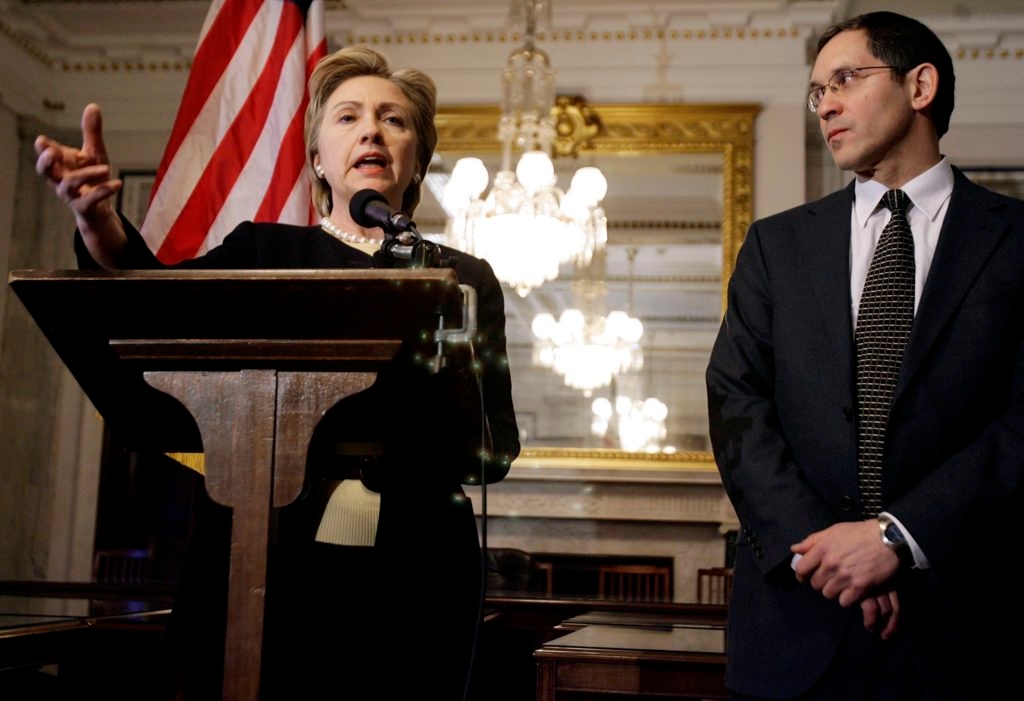 TEL AVIV (JTA) — In late July, the Palestinian Authority’s official television channel featured a girl reciting a poem with the words “our enemy is Satan, Zion with a tail.”

Two days earlier, the Palestinian Authority minister of religious affairs had compared the recently restarted Israeli-Palestinian peace negotiations to an ancient treaty signed and then broken by the Prophet Muhammad, who went on to conquer those he had pledged to leave in peace.

And every week, Palestinian Authority television hosts four programs focusing on freed Palestinian prisoners or the families of those still held in Israeli jails.

These examples are part of a recently released report covering the period from July to September compiled by Palestinian Media Watch, a nonprofit that looks for evidence of what it considers “hate incitement against Israel and Jews” in official Palestinian Authority media.

To PMW founder and director Itamar Marcus, the tenor of Palestinian media is evidence that whatever its leaders might profess about their desire for peace, the Palestinian Authority remains deeply hostile to Jews and Israelis. But few media analysts seem to agree.

Two other major Israeli organizations that monitor Palestinian media — MEMRI and Keshev — say the examples cited by Marcus are either misinterpreted or isolated incidents. In August, a Tel Aviv judge wrote that Marcus did not quote the largest Palestinian media and took examples out of context.

“The expert Marcus’ testimony is not balanced, and is essentially biased, especially as it’s clear that he used quotations from insignificant newspapers,” the judge, Dalia Ganot, wrote.

Negative portrayals of Jews and Israelis in official Palestinian media and school textbooks have long been a concern of American and Israeli officials. One of the first conditions of the 2003 “road map” to restart Israeli-Palestinian peace talks was a requirement that both Israelis and Palestinians end the incitement against each other.

In 2009, then-Secretary of State Hillary Clinton said the United States would deal only with Palestinian leaders who recognized Israel and committed to nonviolence. Members of Congress have signed multiple letters denouncing Palestinian incitement.

Those concerns were inspired in part by the rhetoric of the late Palestinian leader Yasser Arafat, who while ostensibly pursuing a peace settlement with Israel was making fiery statements in Arabic on Palestinian television calling for Israel’s destruction.

Palestinian Authority President Mahmoud Abbas has largely eschewed his predecessor’s occasionally bloody rhetoric, instead emphasizing a desire for a two-state solution to the conflict and repeatedly denouncing violence against Israel. In his Sept. 26 address to the United Nations, Abbas said the Palestinians “firmly repudiated violence and affirmed an ethical, principled rejection of terrorism in all its forms.”

Moreover, a comprehensive study of Palestinian and Israeli textbooks funded by the U.S. State Department this year found that Palestinian textbooks largely do not demonize Israel or incite hatred.

“Dehumanizing characterizations of the other are rare in both Israeli and Palestinian schoolbooks,” the study found.

“As a policy they’re very careful not to incite,” said Yaakov Cohen, an expert on Palestinian media with the Middle East Media Research Institute. “Abu Mazen” — Abbas’ nom de guerre — “has his own line. He’s against a return to the violent conflict. He always talks about not going back to an intifada.”

Still, Marcus is unconvinced. He noted that on the day Abbas addressed the U.N. General Assembly, a Fatah official spoke in Abbas’ name at a memorial service for a terrorist, whom the official called “the most noble of the noble.”

“There is an official policy of the P.A. to incite hatred against Israelis and to glorify people who’ve killed Israelis as heroes,” Marcus said.

Marcus’ view is supported by the Zionist Organization of America, which in a news release this month noted a recent Facebook post by a member of Abbas’ Fatah faction praising the attacker of a 9-year-old Israeli girl.

“The P.A. is not a peace partner,” the ZOA concluded. “It is the incubator of war and hatred.”

Critics note that Israelis also engage in rhetoric that arguably qualifies as incitement.

In July, Israeli Economy Minister Naftali Bennett was widely criticized for saying he had “killed lots of Arabs in my life, and there is absolutely no problem with that.” In September, Moshe Feiglin, a Knesset member from Prime Minister Benjamin Netanyahu’s governing Likud party, responded to President Obama’s United Nations speech by noting the “historic truth: that there is no ‘Palestinian’ nation, no ‘Palestinian’ history and no ‘Palestinian’ national aspirations.”

The State Department study also found that schoolbooks in both Israel and the Palestinian territories “present unilateral national narratives that present the other as the enemy.”

“Both sides bear responsibility for violence and breaking agreements,” said Yizhar Be’er, a former journalist and the CEO of Keshev, an Israeli civil liberties organization that monitors the press. “We need to look at every statement against what else was published. What was there besides that? Was that the only thing in the media?”

Mousa Rimawi, the general director of MADA, a Palestinian organization that advocates for press freedom, said the perspectives reflected in media coverage emerge from discrepancies between the Israeli and Palestinian narratives.

“When there are some rocket attacks from Gaza, you find [Israeli] journalists and politicians who ask the government to invade Gaza or retaliate in massive actions, and when that happens they kill and injure thousands of Palestinian civilians,” Rimawi wrote in an email to JTA. “Palestinian media outlets host released prisoners because they consider them fighters for freedom, not terrorists.”