In music and life, Neshama Carlebach following in father’s footsteps 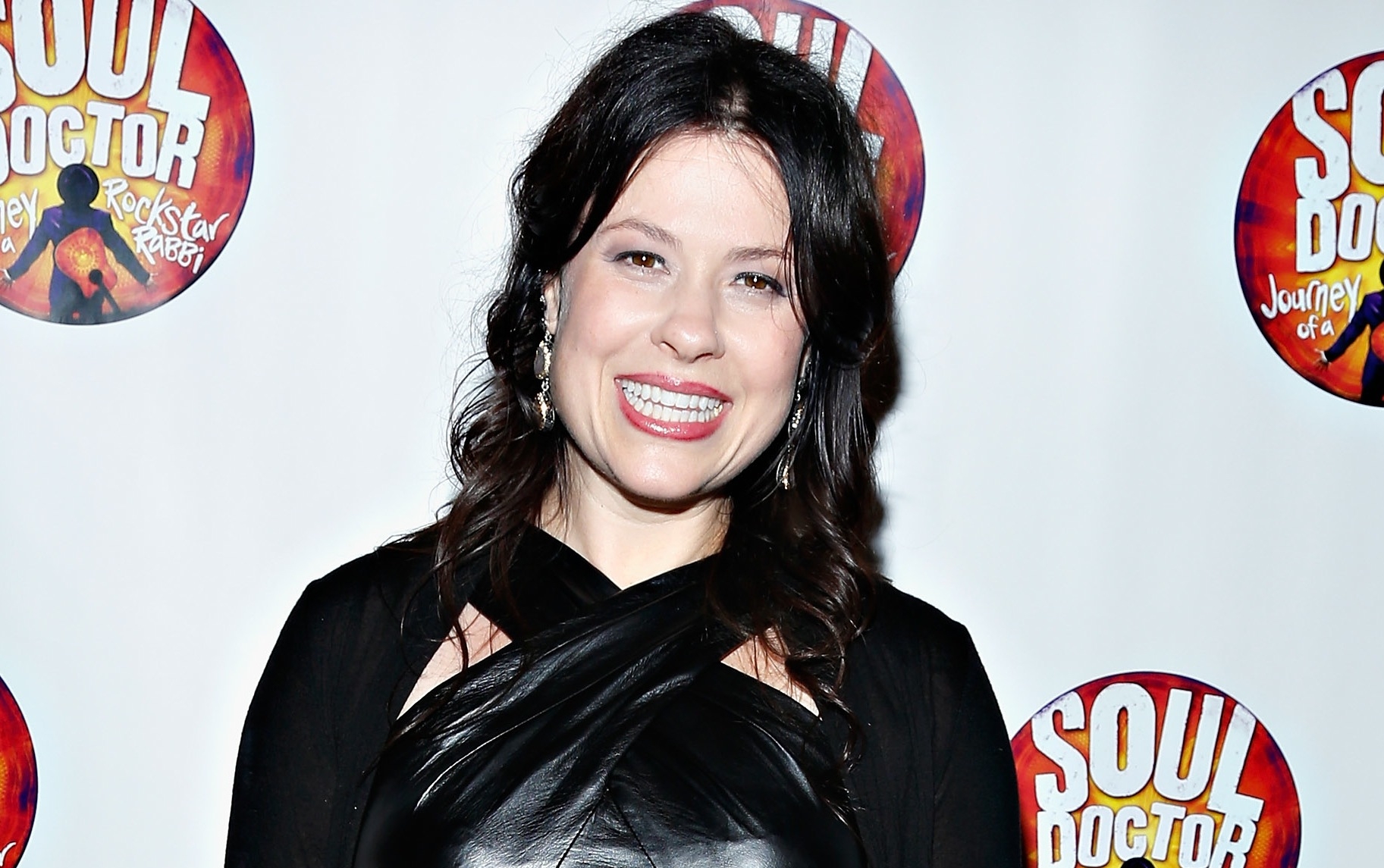 (JTA) — As the August premiere of the Broadway musical “Soul Doctor” drew to a close, the daughter of the show’s subject, the late Rabbi Shlomo Carlebach, took to the stage.

Neshama Carlebach invited the cast and audience to join her in singing her father’s legendary hit, “Am Yisrael Chai,” which became widely recognized as an anthem for the Soviet Jewry movement. The refrain, “Od avinu chai,” translates as “Our father lives on” and is derived from the question Joseph asks his brothers in the book of Genesis.

Although “Soul Doctor” is slated to close on Sunday after 32 preview performances and 66 regular performances, there was no mistaking the significance of the lyrics.

“This was the culmination of 10 years of work,” Carlebach told JTA. “It was a moment of triumph for my father that he was on Broadway. But it was another step in the journey. I know there is more work to be done.”

The work Carlebach speaks of is the perpetual “fixing of the world,” or tikkun olam, the healing of broken hearts and rectification of injustices that her father, a famed Jewish troubadour and spiritual leader who died 19 years ago this month, emphasized throughout his career. His legacy continues to be celebrated by an ever-growing stream of Carlebach-inspired bands, in memorial events around the world and in yet another biography — Natan Ophir’s “Rabbi Shlomo Carlebach: Life, Mission, and Legacy

But as interest in her father continues to grow, Carlebach is battling obstacles not entirely unlike those that once dogged her father, from the endless pirating of his music to her marriage — which, like that of her parents, ended in divorce.

True to her roots, Carlebach’s work as a female performing artist is grounded in Jewish tradition. Yet she continually breaks new ground. Last year, she performed at an interfaith peace summit at Mt. Fuji, Japan and at the gates of Auschwitz on Yom Hashoah. She has recorded an album and performed widely with an African-American Baptist church choir. This weekend, she will headline the United Synagogue of Conservative Judaism centennial in Baltimore with Josh Nelson, who produced her upcoming album, “Soul Daughter,” inspired by the Broadway show and scheduled for release before hannukah. The pair will also perform at the Union for Reform Judaism biennial in December.

“The fact that she is bringing her own creations woven with her father’s legacy is exactly why she is the perfect person to be with us, in what we are co-creating — an infusion of the ‘inherited ancient’ and the ‘radically new,’” says Lau-Lavie.

In 1994, the year her father suffered a fatal heart attack on an airplane, Neshama, then a teenager, joined him on stage for the first time during what became his last tour. Together, they broke the taboo of kol isha, the Orthodox prohibition of women singing before men.

With her father’s passing, Neshama immediately stepped in as a solo act, fulfilling his existing bookings. She has performed ever since, touring widely and releasing eight albums.

“If I had been the first Orthodox woman singing in the 1950s, I may not have gone anywhere,” she says. “I sense that there is a new opening for women. We are not done with our revolution.”

Breaking the Orthodox sound barrier isn’t the only path Carlebach is trailblazing. Together with her younger sister, Nedara “Dari” Carlebach, a married mother of two who resides in Israel largely out of the public eye, they are gathering their father’s intellectual property into a comprehensive archive. Under the auspices of the Jerusalem-based Carlebach Legacy Trust, the sisters have amassed photographs, audio and video recordings, and spiritual teachings. In 2012, in conjunction with Urim Publications, the trust released the first of several volumes of their father’s biblical commentary, “Evan Shlomo: The Torah Commentary of Rabbi Shlomo Carlebach,” edited by Shlomo Katz.

“The full image of our father is still hidden to most people,” Dari told JTA. “It’s even hard for us to grasp how much he brought to the world.”

A mother of two, Neshama’s oldest son, Rafael, 6, is a drummer who has apparently inherited his grandfather’s musicality. Rafael plays percussion on the “Soul Daughter” recording of “The Song of Shabbos,” which Shlomo composed at the funeral of his father, addressing the late Rabbi Naftali Carlebach beyond the grave.

“My father said, ‘Because everything was lost in the war, you didn’t leave me riches, diamonds or real estate. You left me Shabbos.’ On the spot, this song came to him,” Neshama Carlebach said. “And now, I sing for my father. The circle feels complete to have my son perform on that song.”

The track is one of 30 featured in “Soul Doctor.” Originally conceived as a one-woman show in which Carlebach sang and shared her father’s stories, it evolved over time into a musical.

The show is built around Shlomo’s friendship with gospel and jazz legend Nina Simone, a tradition of cross-cultural collaboration Neshama carries forward with The Green Pastures Baptist Church Choir on her seventh album, “Higher & Higher

At the 2011 Grammy Awards, the album was honored as a sixth-time entrant, an early form of recognition in the process toward becoming an official nominee. But the record didn’t yield sales on par with her previous collections, which have sold more than 1 million copies combined.

Carlebach attributes the response to interreligious fear, which her father also endured. “The back-up singers on his first album were from the churches my father loved to visit in New York City, but nobody spoke about it,” Carlebach says.

In contrast, Carlebach has been increasingly public about her ongoing interfaith collaboration with the choir. At her invitation, the choir’s Reverend Roger Hambrick participated in Lab/Shul’s Yom Kippur afternoon services.

“It was awesome. He sang solo and with her and it was very moving,” Lau-Lavie says. “They got the crowd of 1,000 on their feet just before Neila. There were many tears.”

When Carlebach looks at her mission in the aftermath of her father’s, their style is one and the same.

“We are trying new things and breaking barriers,” Carlebach said. “That is definitely who he was and the kind of person I want to be.”

(Lisa Alcalay Klug is the author of “Hot Mamalah” and “Cool Jew: The Ultimate Guide for Every Member of the Tribe.”)