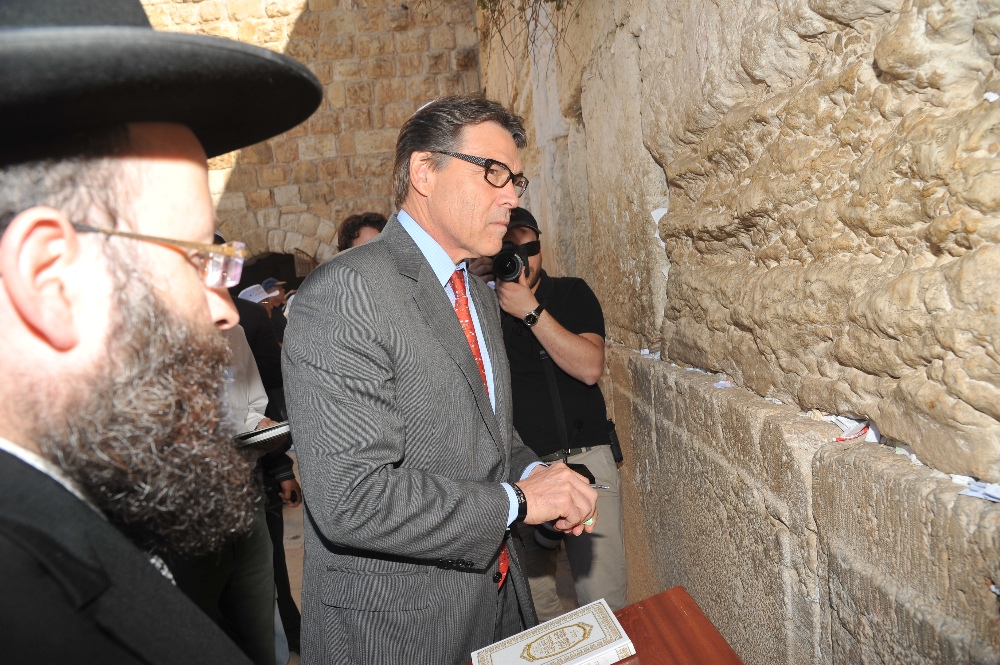 Perry, who has visited Israel multiple times, was in the country this week to announce the planned Nazareth campus of Texas A&M University. But he also had meetings with Israeli leaders, including on Monday with Prime Minister Benjamin Netanyahu. He will meet later this week with President Shimon Peres.

Perry is being accompanied by Fred Zeidman, a major GOP campaign donor, and Matthew Brooks, the director of the Republican Jewish Coalition.

Sandoval is making his first visit to Israel, where he is studying desert farming techniques. He met with Peres on Sunday.

Perry failed in his bid for the 2012 GOP presidential nomination, but he has a strong fundraising base and will not run next year for a fourth term as governor, freeing him to devote himself to a ’16 bid.

Sandoval is considered a rising Latino star who can appeal to Democrats in a swing state.