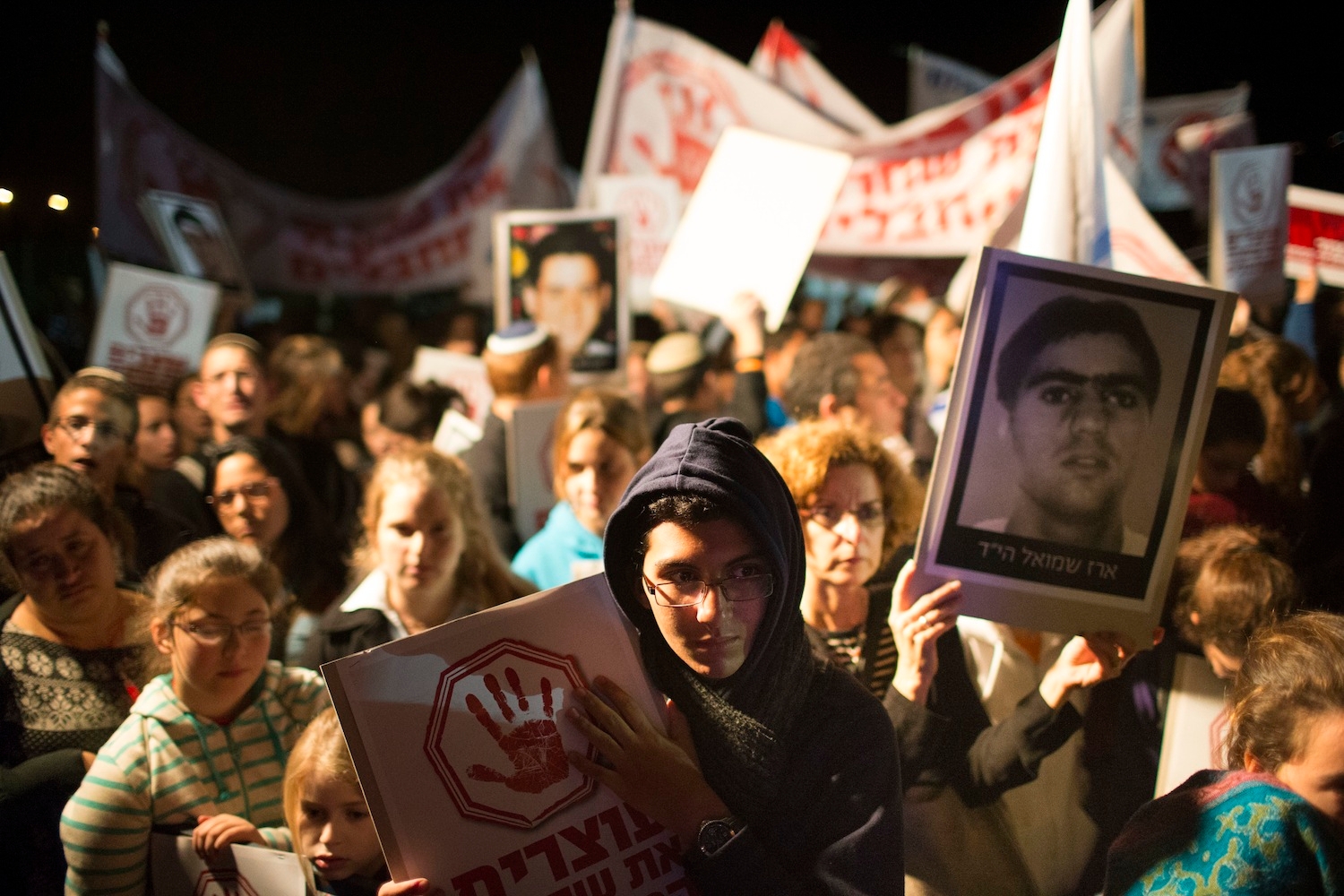 JERUSALEM (JTA) — Israel’s peace talks with the Palestinians remain mostly shrouded in secrecy, but one thing is certain: The Palestinian prisoner release that paved the way for their resumption is increasing tensions in Israel’s governing coalition.

Israel completed the second stage of the four-part release on Tuesday, setting free 26 prisoners who had committed crimes — mostly murders — before the Israeli-Palestinian peace process began in 1993. The first stage of the prisoner release occurred in August.

The government approved the release in July in a bid to jump-start the peace talks. But the move elicited harsh protests within the ruling coalition as well as on the Israeli street.

After the government announced the second phase of the prisoner release on Sunday, Economy Minister Naftali Bennett, chairman of the right-wing Jewish Home party, proposed a law to prohibit any future Palestinian prisoner releases. The Cabinet voted 8-5 against the proposal; the opposition included Prime Minister Benjamin Netanyahu.

“The decision to release prisoners is one of the toughest decisions that I’ve made as prime minister,” Netanyahu told a meeting of his Likud-Israel Beiteinu faction on Monday, according to reports. “My heart is with the bereaved families, and the heart hurts. We must navigate a complex international arena.”

An estimated 3,000 demonstrators, among them relatives of the prisoners’ victims, protested the release on Monday night. On Tuesday, a group of relatives unsuccessfully petitioned Israel’s Supreme Court to stop the release.

Also Tuesday, an unidentified group placed signs on the graves of soldiers at Jerusalem’s Mount Herzl cemetery. They read: “Sorry we forgot. For us, your death was for nothing.”

Although U.S. Secretary of State John Kerry has insisted on complete confidentiality, Israel’s Channel 2 reported this week that the Palestinian Authority reportedly has demanded that land swaps in the West Bank not exceed 2 percent — a provision Netanyahu’s coalition would likely oppose.

Bennett, whose party voted in July against the prisoner release, wrote on Facebook that releasing prisoners is “immoral and weakens Israel.”

“The goal is to establish a red line once and for all,” he wrote after his proposal  was rejected. “Israel has been disrespecting itself for 20 years with prisoner release deals, and it’s time to put an end to it. We will continue to fight this in every democratic way possible.”

Bennett’s vocal opposition to the release has brought tensions in Netanyahu’s governing coalition to a head. Along with Jewish Home, the coalition includes Justice Minister Tzipi Livni’s Hatnua party, which campaigned on a platform of reaching a peace treaty with the Palestinian Authority. Livni is heading Israel’s delegation to the talks.

“The government, as opposed to one of its member parties, acts according to the national interest and not according to a cynical partisan interest,” Livni wrote on Facebook, in a dig at Jewish Home. “This government is advancing a diplomatic process, which is in the national and security interests of Israel.”