For Messianic Jews, Bush speech a coup but acceptance elusive 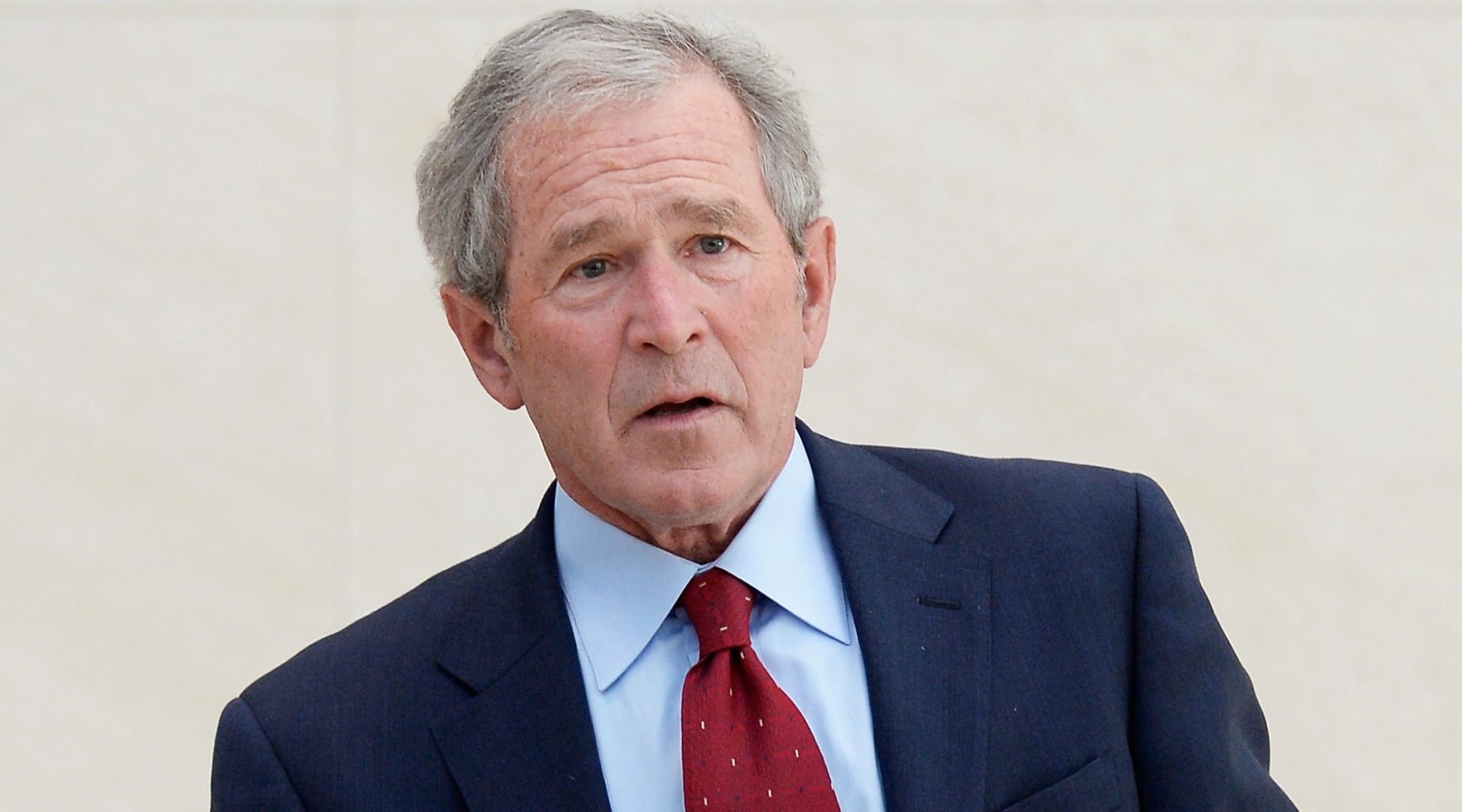 WASHINGTON (JTA) — George W. Bush granted Messianic Jews a brief shining moment in the spotlight last week — and then just as quickly sent them back into the shadows.

The Messianic Jewish Bible Institute in Dallas had advertised Bush as the keynote speaker at its annual fundraiser on Nov. 14, prominently featuring the former president’s appearance on its website alongside pages describing the group’s mission to bring “Jewish people into a personal relationship of faith with Yeshua the Messiah.”

But after a reporter for Mother Jones wrote about the fundraiser, any mention of the dinner disappeared from the institute’s site. Otherwise solicitous staff refused comment. Bush went ahead with the speech behind closed doors.

The turn of events is emblematic of what Messianic Jews have faced since their emergence in the 1960s: a tantalizing taste of acceptance followed by a pronounced repudiation by the mainstream Jewish community.

“I think there’s a distinction between the gatekeepers and the general community within the wider Jewish community,” said Rabbi Russ Resnik, the director of the Union of Messianic Jewish Congregations, an association of some 70 Messianic synagogues around the country. “The gatekeepers have to be vigilant and at times overdo the vigilance. But the wider community is receiving and friendly.”

Messianic Jews embrace Jesus as the messiah but hew to Jewish traditions, observing Jewish holidays and reciting Hebrew prayers in services. Many, but by no means all, are born Jews who have come to accept Jesus and see their practices as legitimate expressions of Judaism.

Mainstream Jewish groups generally have rejected Messianic Jews, seeing them as luring Jews into Christianity under the pretense that they can maintain their Judaism even while accepting belief in Jesus.

Messianic Jewish Bible Institute officials declined several JTA requests for comment. But in a statement Monday, Jonathan Bernis, the institute’s chairman, said criticism of his group reflected an intolerance of its beliefs.

“The idea seems to be that it is somehow ‘intolerant’ for Jewish believers in Jesus to share their convictions with other Jews,” Bernis said. “The real intolerance is coming from those who apparently think that no Jewish person should ever be exposed to the claims of the most famous Jew who ever lived.”

Rabbi David Wolpe of Sinai Temple in Los Angeles said it was “laughable” to suggest that American Jews are not regularly exposed to the claims of Jesus.

“It is dishonest, deliberately or inadvertently,to say that one can live in a Jewish faith community and accept another scripture or accept a different God,” Wolpe told JTA. “It’s striking that for thousands of years the definition of being Christian was believing in Jesus, and all of a sudden they’ve discovered, no, you can do that and be Jewish.

“It is, whether they realize it or not, a marketing tool, not a discovery.”

It’s not clear if Bush initially understood what an appearance at a Messianic Jewish event would signify. Sources close to the former president said that an aide recommended accepting the engagement without understanding Jewish sensitivities. Bush went ahead, the sources said, not because he favored the movement’s mission of proselytizing but because he thought backing out would be bad form.

“Someone looking at this in the American context, who is not well versed in Jewish history, does not look at this and say that is a nuclear issue,” said Tevi Troy, a former deputy health secretary and top liaison to the Jewish community under Bush. Troy emphasized that his boss has always been sensitive to Jewish concerns.

Resnik estimates there are some 20,000 Jews affiliated with Messianic congregations, but he estimates the number of Jewish believers in Jesus could be much higher. The recent Pew Research Center survey, which caused such angst among American Jewish leaders, actually was heartening to Messianic Jews with reporting that 34 percent of respondents believed it was possible to believe in Jesus and be Jewish. Many Jews understood the finding to reflect the view that beliefs have no bearing on a person’s Jewish status.

“No one could ignore the Pew survey that came about,” said Mitch Glaser, the director of Chosen People Ministries. “Thirty-four percent of the aggregate community believes you can be Jewish and believe in Jesus. It’s almost undeniable now in the Jewish community. We’re a vital community and we are attracting President Bush and others who want to speak to us.”

Despite their rejection by mainstream Jewry, Messianic Jews are not entirely outside the tent. Resnik says members of his congregation donate to local federations and are accepted to a degree as volunteers, making fundraising calls, visiting the Jewish elderly and teaching English to Jewish immigrants from the former Soviet Union.

Jewish security professionals also reach out to Messianic congregations in cases of perceived security threats against the Jewish community, according to the Secure Community Network, the security arm of national Jewish groups.

Yaakov Ariel, a professor of religious studies at the University of North Carolina, says there are signs that Jewish groups have grown more accepting of Messianic Jews in recent years. Ariel notes that a recent call by a British Reform rabbi to be more accepting of the movement stirred little outcry. The World Congress of Jewish Studies, which takes place every four years in Jerusalem, featured a panel on Messianic Jews this year — something Ariel has been seeking for decades.

“It is to be expected,” Ariel said. “There are hundreds of Messianic congregations in America. They have been on the scene for years.”

The major stumbling block remains the Messianic doctrine of proselytizing. Resnik says Messianic groups try to keep a low profile in mainstream Jewish settings, but proselytizing remains a core principle. Especially irksome are bids to convert what are seen as vulnerable populations, Russian and Ethiopian Jews in particular. The Dallas group Bush addressed touts its efforts in that regard prominently on its website.

Mainstream Jewish concerns about conversion inhibit what could be a useful relationship with a movement that over the decades has accrued a good deal of credibility within the Christian world, according to Messianic Jews.

“We’re loyal Jews who have an interest in Israel,” Glaser said. “We should be viewed as allies and not opponents.”

Resnik says proselytizing should not be the determining factor for mainstream Jews in considering a relationship with Messianic Jews. The Jewish establishment also should take into account the longing for Jewish connection and community among Messianic Jews, he said.

“We feel there’s a lot we can do and a lot of engagement we can have with the wider Jewish community other than propagating our Messianic faith,” he said.