Op-Ed: How Mandela won over the Jewish community 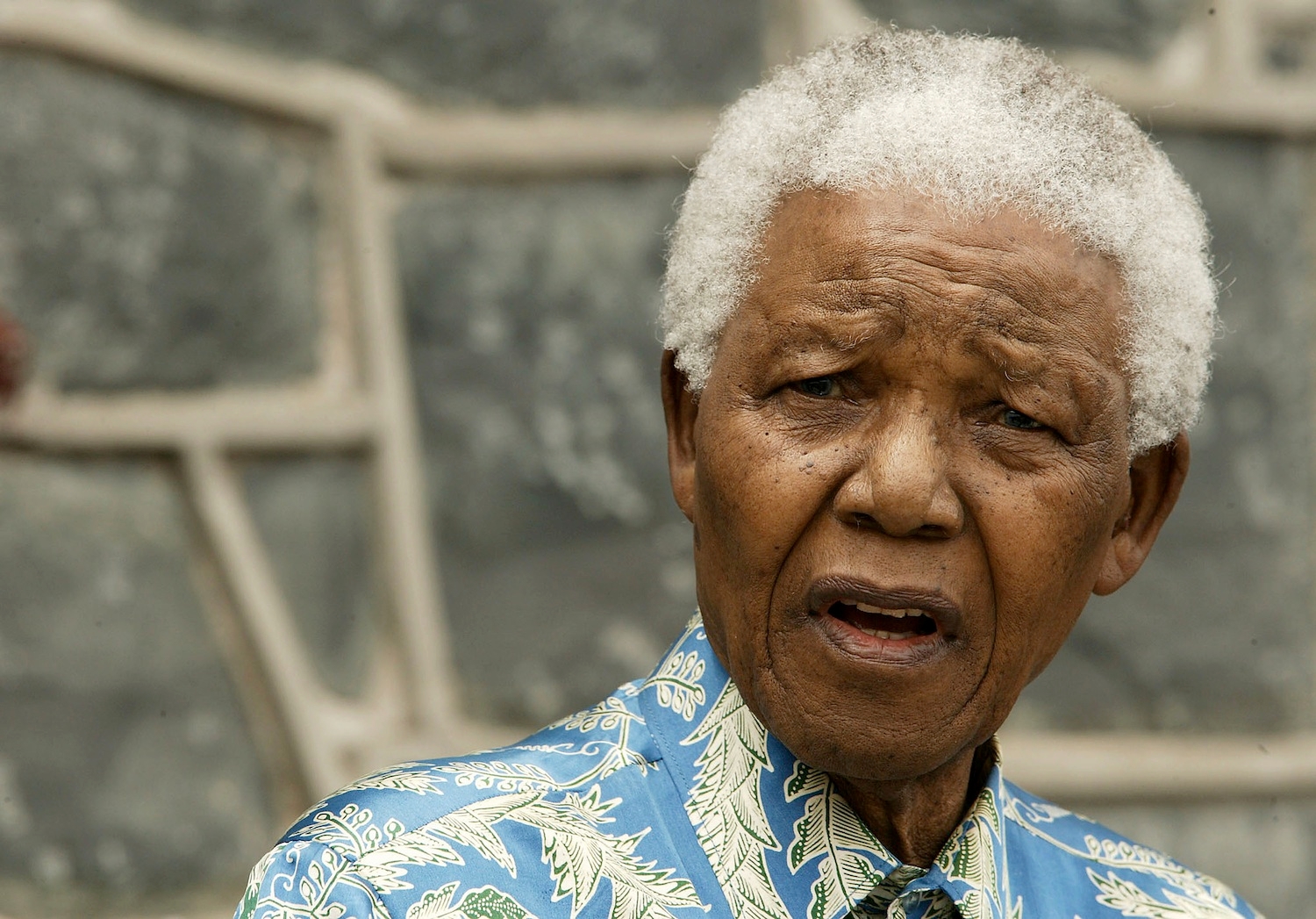 Nelson Mandela speaks at a press conference on Nov. 28, 2003 for an AIDS benefit concert on Robben Island where he was imprisoned for 18 years. (Getty Images)
Advertisement

NEW YORK (JTA) — Nelson Mandela will always be remembered as a symbol of courageous resistance to the racist policies of apartheid South Africa. He was a true hero of conscience. But he also will always have a special place in the memory of the Jewish community.

I first met Mandela in Geneva in 1990 as part of a delegation of American Jewish leaders. My colleagues and I spent 2 1/2 memorable hours with the then newly free African National Congress leader. It was a warm session with good personal feelings on all sides.

Mandela, who died last week at 95, understood far more than we anticipated about the Jewish experience and the meaning of Israel as a Jewish state. He expressed deep appreciation for the Jewish community of South Africa’s support for him during the long years of his imprisonment and expressed a desire to reciprocate that friendship and appreciation.

Over the years, the Jewish community had not always seen eye to eye with Mandela. Many in the community were unhappy with his support for the Palestine Liberation Organization, and particularly his embrace of then-Palestinian leader Yasser Arafat.

Another concern was that Mandela, in repeatedly referring to Israel as a “colonialist” regime, seemed to be questioning the fundamental legitimacy of the Jewish state. It was difficult for American Jewish leaders to consider joining in the welcome for this great freedom fighter without having a better understanding of his views toward Israel and the Jewish community.

There were concerns as well about how Mandela would be received on his first visit to the United States. Clearly he was a hero to the African-American community. But for the Jewish and Cuban communities it was a far different matter. The Cuban community was angry over his close ties to Castro, and the Jewish community had serious concerns because of his ties to Arafat.

The 1990 meeting was pivotal to clear the air and better understand the man. The encounter was magnificent in the sense that Mandela said to us, “Look, I appreciate what the Jewish community has done for me. On the other hand, if the test of my friendship with you is that I have to be an enemy of your enemy, then I cannot be your friend.”

Referring to his personal struggle and years in imprisonment and isolation, he said, “I needed the support of anybody I could get. And Arafat gave me support. And Castro gave me support.”

At the same time, Mandela understood that while Israel was being boycotted by most of the countries in the world, the white South African government was one of the few countries that was dealing with it. Mandela said he understood that relationship, too.

“I’m not angry at you and Israel because Israel was dealing with the apartheid South African government,” he told us. “Therefore, don’t be angry at me because I was dealing with Castro and Arafat. If you can understand that, we can go forward.”

This was quintessential Mandela. It was that kind of pragmatic approach to life and to relationships that really explain what he achieved with South Africa’s post-apartheid Truth and Reconciliation Commission. It was not a matter of hatred, or of vengeance or getting even. It was a matter of addressing pragmatic, practical realities.

At our meeting, Mandela spoke not only of his unequivocal support for Israel’s right to exist but also of his profound respect for its leaders, including David Ben-Gurion, Golda Meir and Menachem Begin. He also assured us that he supported Israel’s right to security and to protect itself from terrorism.

We came away from that encounter with no doubt about his recognition of the legitimacy of the Zionist endeavor and the right of the Jewish people to a state in the Middle East.

It was also during the meeting that I first suggested that Mandela should meet with a fellow prisoner of conscience of our generation, Natan Sharansky. To the African-American community, Mandela was their prisoner of conscience. Sharansky was ours. I told Mandela that I believed it would be appropriate for them to meet and exchange their experiences and dialogue toward mutual understanding and common ground. He agreed, having avidly read Sharansky’s book, “Fear No Evil,” while in prison.

Through the assistance of Harry Belafonte, we ultimately arranged the meeting, which took place on June 29, 1990 at the Biltmore Hotel in Los Angeles.

It was a very emotional meeting between the two prisoners of conscience and a poignant moment for the African-American and Jewish communities. We embraced two of our modern-day heroes. When I look back on my life’s accomplishments, that moment was among the most deeply meaningful and personally significant.

Nelson Mandela’s strength of character, commitment to justice and abiding passionate belief in the commonality that binds all humanity are the touchstones of every great leader. He will be long remembered in the Jewish community both for his legacy of ending apartheid and building a free and democratic South Africa, and for maintaining close ties of friendship to Israel and the Jewish community.

(Abraham H. Foxman is the national director of the Anti-Defamation League.)