Iran sanctions have majority backing in Senate, but not enough to override veto 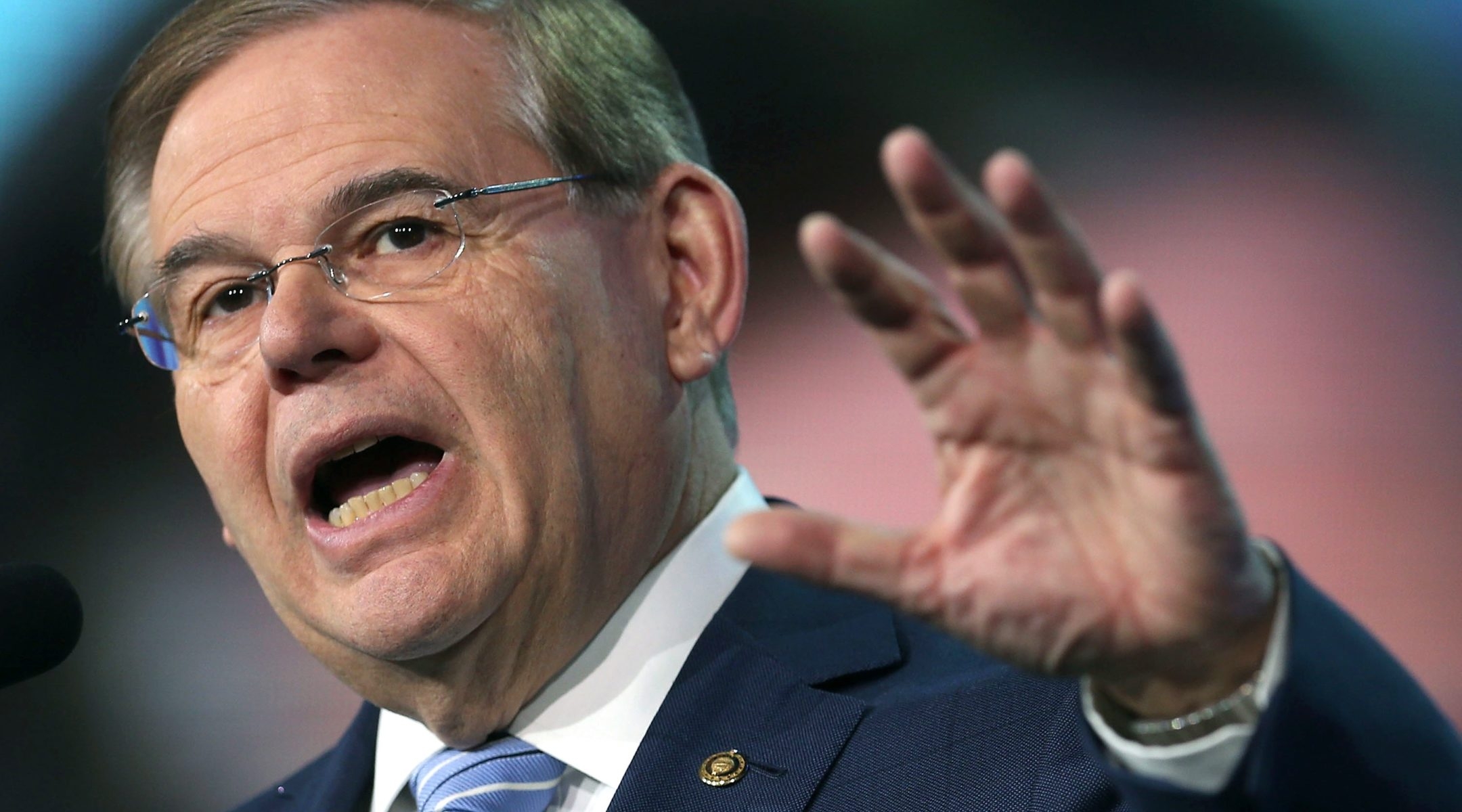 WASHINGTON (JTA) — More than half the United States Senate has signed on to a bill that would intensify sanctions against Iran. But in a sign of the so-far successful effort by the White House to keep the bill from reaching a veto-busting 67 supporters, only 16 Democrats are on board.

The number of senators cosponsoring the bill, introduced by Sens. Mark Kirk (R-Ill.) and Robert Menendez (D-N.J.), reached 58 this week, up from just 33 before the Christmas holiday break.

Notably only one of the 25 who signed up in recent days — Sen. Michael Bennet (D-Colo.) — is a Democrat, a sign of intense White House lobbying among Democrats to oppose the bill.

Backers of the bill say it would strengthen the U.S. hand at the negotiations. But President Obama has said he would veto the bill because it could upend talks now underway between the major powers and Iran aimed at keeping the Islamic Republic from obtaining a nuclear bomb. A similar bill passed this summer by the U.S. House of Representatives had a veto-proof majority.

On Thursday, the White House said backers of the bill should be upfront about the fact that it puts the United States on the path to war.

“If certain members of Congress want the United States to take military action, they should be up front with the American public and say so,” Bernadette Meehan, the National Security Council spokeswoman, said in a statement posted by The Huffington Post. “Otherwise, it’s not clear why any member of Congress would support a bill that possibly closes the door on diplomacy and makes it more likely that the United States will have to choose between military options or allowing Iran’s nuclear program to proceed.”

A number of pro-Israel groups, led by the American Israel Public Affairs Committee, are leading a full-court press for the bill’s passage, with prominent Jewish leaders in a number of states making calls and writing letters to holdouts. Dovish Jewish groups such as J Street and Americans for Peace Now oppose the bill.

The bill would expand sanctions in part by broadening existing definitions targeting energy and banking sectors to all “strategic sectors,” including engineering, mining and construction. It would also tighten the definition of entities eligible for exceptions and broaden the definition of targeted individuals who assist Iran in evading sanctions.

“We encourage Congress to support the President’s foreign policy initiative by making stronger measures available should they be required,” the statement said. “Final action on the legislation should be dependent upon Iran’s full compliance with its obligations.”

Rabbi Jack Moline, the NJDC’s executive director, accused AIPAC and the American Jewish Committee of “strong-arm tactics, essentially threatening people that if they don’t vote a particular way, that somehow that makes them anti-Israel or means the abandonment of the Jewish community.”

David Harris, the AJC’s executive director, said he was “shocked” by Moline’s allegations.

“We support the Iran sanctions bill, as do a bipartisan majority of U.S. senators,” he said. “Can a group differ with him on a critically important issue like Iran, where potentially existential issues are at stake, without being maligned or misrepresented, or is that the price we’re supposed to pay for honest disagreement?”

Despite its majority, the law faces significant Senate opposition. Ten committee chairmen in the Democratic-led Senate have pushed back against new legislation in a letter to Sen. Harry Reid (D-Nev.), the Senate majority leader. One of the committee chairman, Sen. Tim Johnson (D-S.D.) of the banking committee, has the parliamentary power to hold the bill.