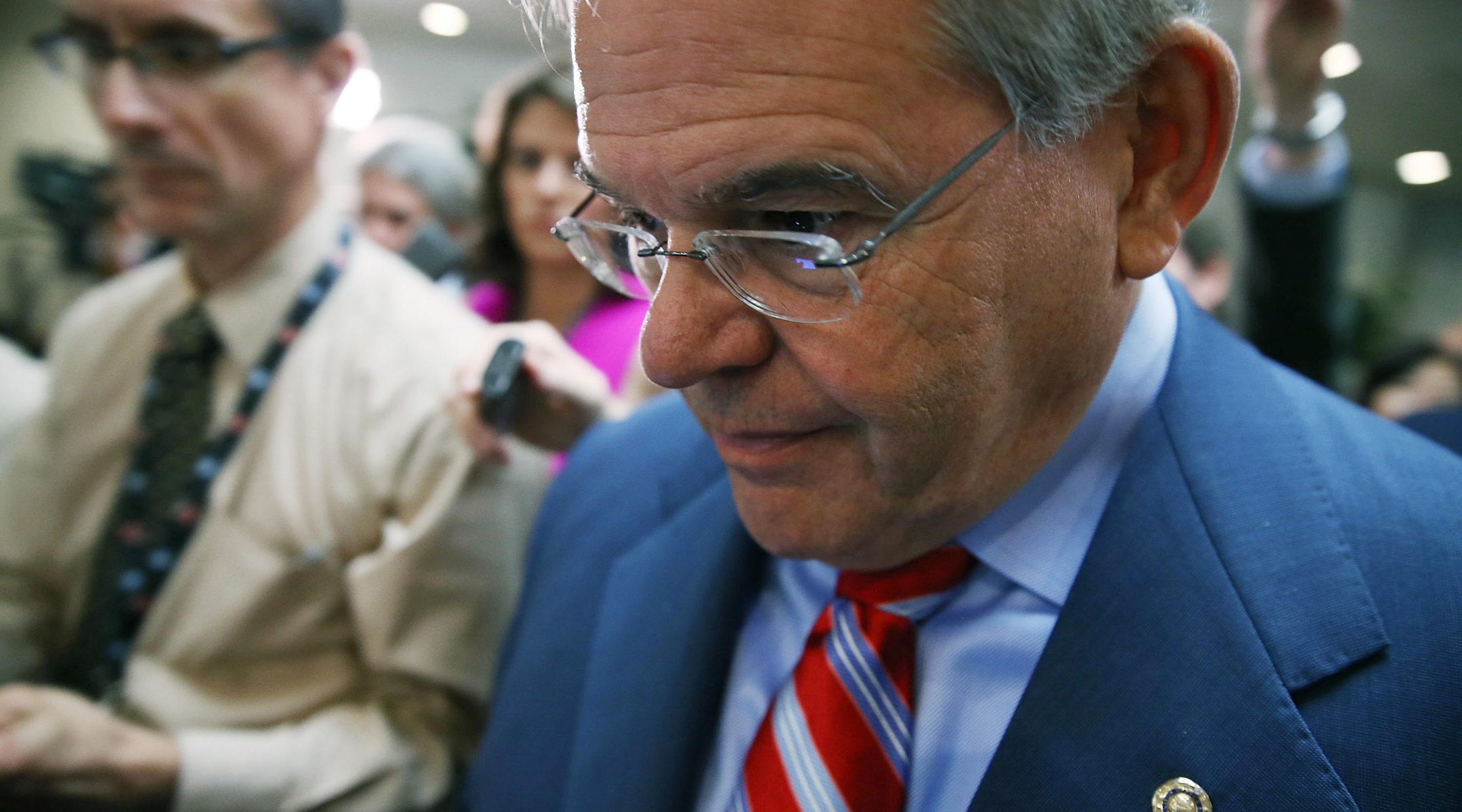 But in the American Israel Public Affairs Committee’s face-off with the Obama administration over new Iran sanctions, congressional support may not be so readily available and keeping a low public profile is proving impossible.

According to congressional insiders and some of the pro-Israel lobbying group’s former senior executives, AIPAC may soon face a tough choice: Stick out the battle over sanctions and potentially face a reputation-damaging defeat, or reach out to the White House and find a way for both sides to save face.

“I don’t believe this is sustainable, the confrontational posture,” said Steve Rosen, a former AIPAC foreign policy chief known for his hawkishness on Iran.

The Obama administration has taken a firm line against the sanctions bill backed by AIPAC, warning that the legislation would harm prospects for a achieving a diplomatic solution on the Iranian nuclear issue. Meanwhile, the confrontation has landed AIPAC squarely in the media spotlight and drawn pointed criticism from leading liberal commentators.

AIPAC has been stymied by a critical core of Senate Democrats who have sided with the Obama administration in the fight. While AIPAC’s bid to build a veto-busting majority has reached 59 — eight short of the needed 67 — it has stalled there in part because Democrats have more or less stopped signing on.

Sens. Mark Kirk (R-Ill.) and Robert Menendez (D-N.J.), the bill’s sponsors, rounded up 15 Democrats when the bill was introduced on Dec. 19, just before Congress went on its Christmas recess. Since Congress returned this month, however, they have added just one Democrat, Michael Bennet of Colorado.

AIPAC, however, says its bid to pass sanctions is on track.

“Our top priority is stopping Iran’s nuclear program, and consequently we are very engaged in building support for the Menendez-Kirk bill which now has the bi-partisan co-sponsorship of 59 senators,” AIPAC’s spokesman, Marshall Wittman, wrote in an email to JTA. “This measure would provide our negotiators with critical leverage in their efforts to achieve a peaceful end to Iran’s nuclear weapons program.”

But in a recent interview with The New Yorker, President Obama appeared confident that backers of the bill would not reach a veto-proof majority.

“I don’t think a new sanctions bill will reach my desk during this period, but if it did, I would veto it and expect it to be sustained,” Obama said.

A source close to AIPAC said the stall in support for the legislation is due in part to the fact that of 10 committee chairmen opposed to the bill, four are Jewish and have histories of closeness to the pro-Israel community.

Non-Jewish lawmakers tend to take their cues on Israel-related issues from their Jewish colleagues — a common template with lawmakers from other communities — and this is no different, the source said.

AIPAC’s determined push on sanctions is drawing some anger from Democrats. A number of party insiders say that staffers on Capitol Hill are referring openly to AIPAC as an antagonist on the Iran issue in private conversations.

“Now it just looks like AIPAC is backing a partisan bill rather than pushing a bipartisan policy to stop Iran,” said a former Democratic Hill staffer who deals in Middle Eastern issues and, like many others, asked not to be identified because of the issue’s sensitivity.

AIPAC’s efforts have spurred surprisingly blunt criticism from sources that are more known for caution on such matters. The new director of the National Jewish Democratic Council, Rabbi Jack Moline, earlier this month in an interview with JTA accused AIPAC activists of using “strong-arm” tactics on uncommitted senators.

Douglas Bloomfield, who served as AIPAC’s legislative director in the 1980s and is now frequently critical of the group, warned that with most Democrats inclined to back Obama on this issue, the confrontational posture taken by AIPAC could wound its reputation down the road.

“There could be repercussions across the board with a lot of members of Congress the next time they say they want them to go to the barricades,” he said.

AIPAC already is taking some high-profile hits on TV, with liberal commentators accusing the lobby of trying to scuttle a diplomatic settlement with Iran.

“The senators from the great state of Israel are against it,” comedian Jon Stewart said last week on “The Daily Show,”accompanied by a graphic of a map of Israel emblazoned with the AIPAC logo. MSNBC host Chris Hayes said the 16 Democratic senators backing the sanctions bill are “afraid” of AIPAC.

Rosen said that such exposure, while irritating to AIPAC, would not be a factor in getting the lobby to shift course. More serious would be calls from donors to the group who have ties to Democrats. AIPAC’s reputation as having bipartisan support — a critical element of its influence — could be put at risk.

“AIPAC puts a premium on bipartisan consensus and maintaining communication with the White House,” said Rosen, who was fired by AIPAC in 2005 after being investigated in a government leak probe, though the resulting charges were dismissed and he later sued AIPAC unsuccessfully for damages.

Rosen noted AIPAC’s forthcoming policy conference in March; such conferences routinely feature a top administration official — the president or  vice president, the secretary of state or defense. At least one of these failing to appear “would be devastating to AIPAC’s image of bipartisanship,” he said.

A way out for the group would be to quietly negotiate a compromise behind the scenes with the White House, Rosen said.

“They don’t want to be seen as backing down,” he said of his former employer, “but the White House is good at helping people backing down without seeming to back down.”

AIPAC hardly stands alone in advocating the sanctions, said an official from another Jewish group, noting that support for the bill spanned the breadth of the community from the right-wing Zionist Organization of America to the consensus-oriented Jewish Council for Public Affairs. None of these groups, including AIPAC, wanted a confrontation, the official said.

“It’s awkward, and the pro-Israel organizations have been looking for a way to climb down from this question,” said the official, who asked not to be identified.

However, the official said, the Obama administration has taken a confrontational approach. The official cited a pointed remark by National Security Council spokeswoman Bernadette Meehan who suggested earlier this month that congressional backers of the sanctions legislation actually favor war with Iran and “should be up front with the American public and say so.”

“There seems to be a concerted effort by the White House to say we’re not going to blink,” said the Jewish organizational official.

Notably, a top White House official in an off-the-record conference call last week with Jewish leaders dialed back such accusations, saying that backers and opponents of the bill both wanted a peaceful resolution to the Iranian nuclear issue.

Others, however, argue that the conflict with the White House was not necessarily bad for AIPAC.

“When they are being attacked, they come out on top from a fundraising point of view,” said a former AIPAC official speaking on condition of anonymity.

An aide to a Republican senator who backs the sanctions said that in the long run, AIPAC’s better bet was to align itself with Congress rather than the White House.

Morris Amitay, a former AIPAC executive director, said the lobby’s natural approach toward the executive branch was to influence its adversary, Congress.

“AIPAC’s relationship with the White House has never been kissy-kissy,” said Amitay, who now leads a pro-Israel political action committee. “And if you look at where Congress is today on Israel issues, the peace process, Iran, AIPAC is doing a terrific job.”