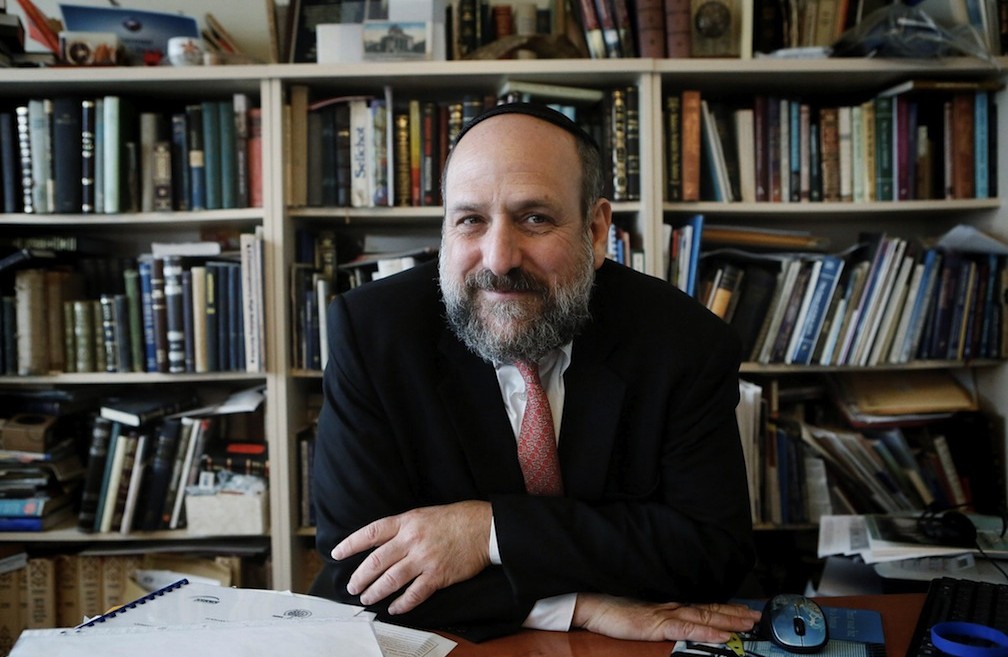 (JTA) — Amid reports that kosher slaughter is continuing in Poland despite its prohibition, the country’s chief rabbi suspended an aide who appears to have misrepresented the practice to government inspectors.

The aide, Michael Alper, wrote a letter to Polish veterinarians in which he asked for permission to slaughter 250 cows after stunning them with electricity, in accordance with Polish law. The November 2013 letter, which was obtained by JTA, carried Alper’s title of “Rabbinate coordinator for Kosher production in Poland.”

But if the animals had undergone kosher slaughter, or shechitah, they could not have been stunned because Jewish law requires animals be conscious when they are killed, Poland’s chief rabbi, Michael Schudrich, told JTA on Tuesday.

“Stunning cannot be used in shechitah, and saying it was used is a very serious mistake,” Schudrich said. “What he [Alper] has written is completely unacceptable and he has been suspended from his position pending an investigation.”

Alper’s letter was leaked to the media amid claims that kosher slaughter has continued in Poland despite a 2012 court ruling that went into effect in January 2013 and effectively prohibited Jewish and Muslim ritual slaughter. The court ruling nullified a 2004 government directive that had exempted Muslims and Jews from the Polish legal requirement of stunning before slaughter.

Poland’s Channel 1 last month ran promotional videos for a program reporting that kosher slaughter was allegedly continuing in Polish slaughterhouses. The show was supposed to air Feb. 4 but was postponed.

A source involved in the show’s production told JTA on condition of anonymity that the program involved three slaughterhouses where animals underwent kosher slaughter without stunning but whose slaughter was reported to authorities as having been performed after stunning. Alper did the reporting of the supposed stunning, the source said.

Before his suspension, Alper was Schudrich’s representative to slaughterhouses and the Polish agriculture ministry.

“I am writing to request to carry out the slaughter of 250 heads of cattle on Nov. 23, 2013, with use of electric current to render the animals unconscious,” Alper wrote in the letter obtained by JTA.

Schudrich would neither confirm nor deny claims that commercial kosher slaughter had taken place in Poland after January 2013. But he said that “the court’s ruling in 2012 is not a ban. It is a case of conflicting rulings that is being reviewed by the Constitutional Court.”

JTA has obtained pictures of meat labeled as kosher and produced in Poland after January 2013. One package appeared to carry certification from Rabbi Yehuda Osher Steiner of the Manchester Beth Din in Britain.

The Manchester Beth Din did not answer inquiries from JTA about that certification in time for publication.