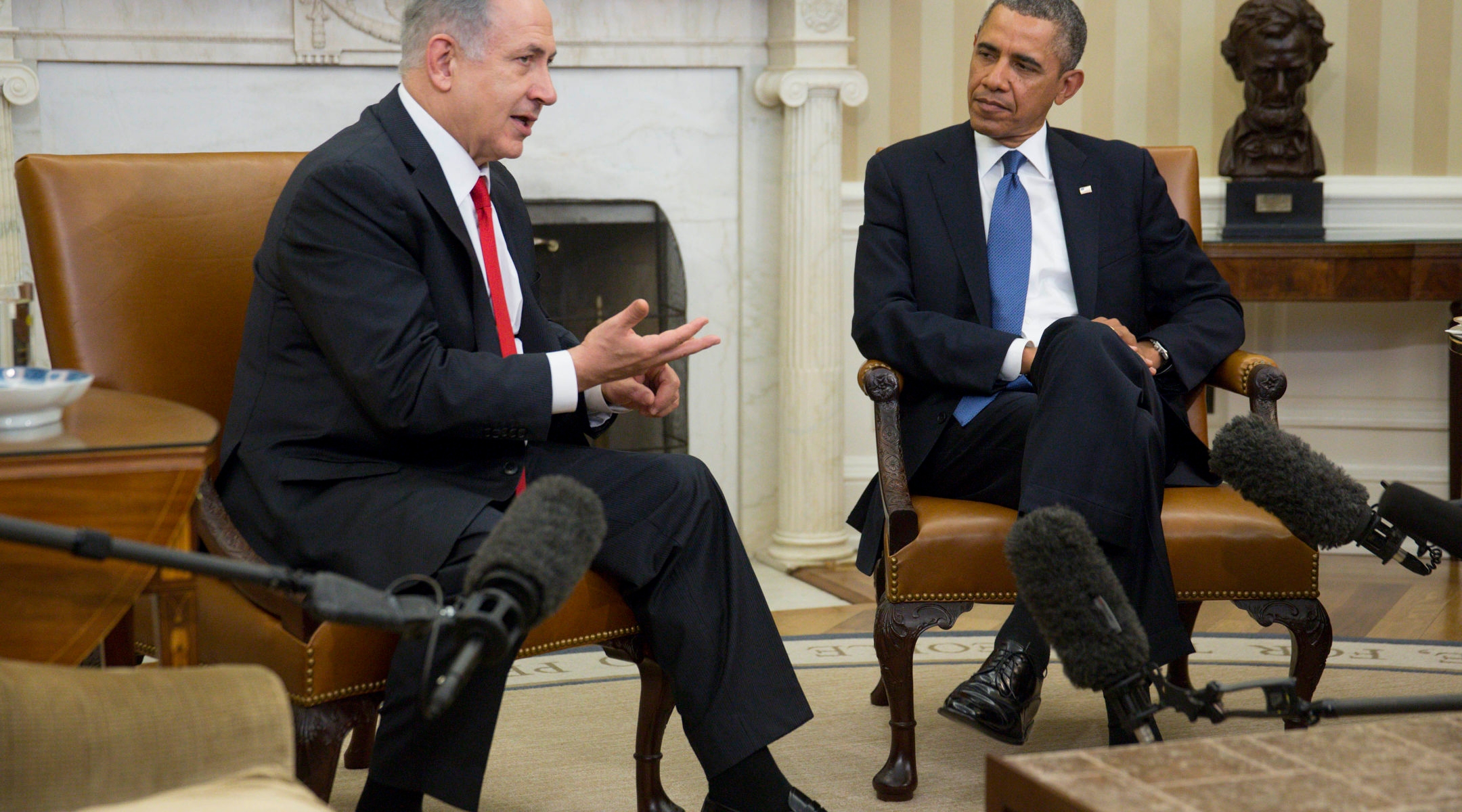 WASHINGTON (JTA) — Prime Minister Benjamin Netanyahu told President Obama that Israel cannot let Iran get a nuclear bomb and said an end to uranium enrichment is an Israeli demand of any agreement with Iran.

“If Iran is prevented from enriching uranium and dismantles fully its military nuclear capability,” Israel would accept the deal, the Israeli prime minister told Obama on Monday when they met at the White House in the Oval Office.

Obama and U.S. officials have said that Iran is likely to be left with a limited enrichment capability as part of any deal.

“Israel cannot permit such a state to have the ability to make a bomb,” Netanyahu said. “We just cannot be brought back to the brink of destruction. I as the prime minister of Israel will do whatever I must to defend the Jewish state.”

Netanyahu also appeared to push back against warnings from Obama in an interview published Sunday by Bloomberg View that Israeli settlement expansion and a failure to achieve a peace agreement with the Palestinians would lead to Israel’s international isolation.

“Israel has been doing its part, and I regret to say the Palestinians haven’t,” Netanyahu said, saying he expected an end to Palestinian incitement and recognition of Israel as a Jewish state.

“That’s what the people of Israel expect me to do, to stand strong against criticism, against pressure.” he said.

Obama refrained from pushing back in the Oval Office appearance, confining his remarks to pledging to keep Iran from obtaining a nuclear weapon and commending Netanyahu for his commitment to the peace process.