Top 10 JTA stories from a century of Purims 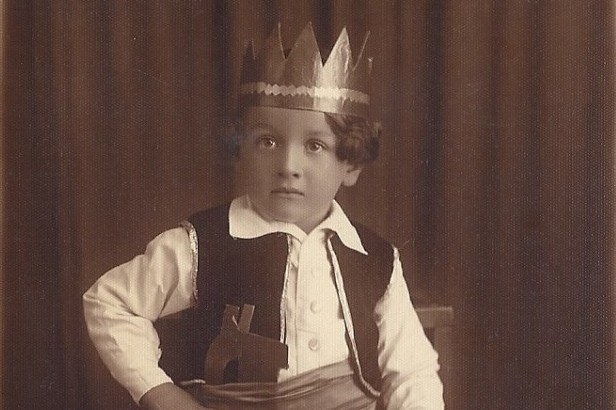 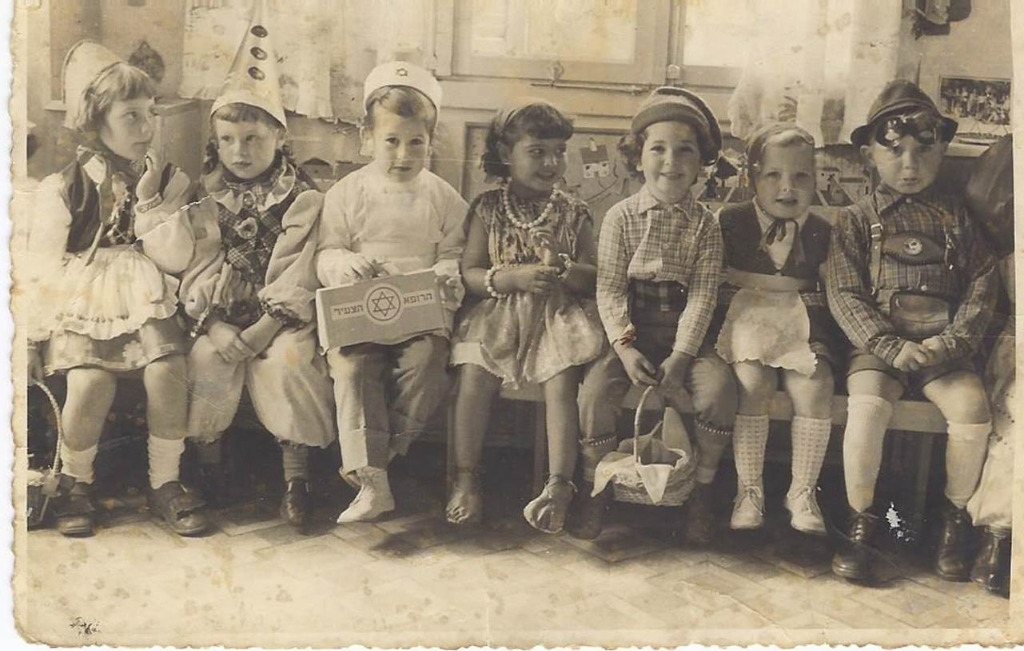 When the words “Jewish history” crop up, “non-stop-funfest” are not the first words that spring to mind.

Nonetheless, this earnest yet frolicsome reporter has dug deep into JTA’s archives and come up with 10 of our most charming, ridiculous and occasionally adorable Purim stories from the past 97 years. Presented in chronological order:

2) 1929: “Zeppelin Passes Over Tel Aviv During Purim Fete”
In my very serious research for this post, I encountered the word “fete” dozens of times. Why don’t we have fetes anymore, American Jewry? Maybe that’s the reason for our much-written-about decline. Also, look! A zeppelin!

3) 1931: “A Merry Purim in Palestine: Thousands of Arabs Come to Tel Aviv for Celebrations: Carnival Fun Undamped by Rainfall”
A past vision of carnivalesque coexistence can be glimpsed in this delightful vintage JTA post. Apparently, “Rain fell during the big carnival procession in the streets but in no way damped the spirits of the revelers.”  Many were dressed as court jesters. Adorable.

4) 1933: “Chicago to Have First Purim Frolic”
Courtesy of the Chicago Jewish Chronicle and something called the “Pens, Pins and Pots Club of Chicago,” this exclusive event came with a stern warning: “Those who are not blessed with a sense of humor and cannot appreciate a little ‘kibitz’ shall refrain from making reservations.”

5) 1945: “Belated Purim Services Held in Goebbels’ Castle by American Jewish Troops”
“Lighthearted” might be a bit of a stretch for this story. But it’s hard to imagine the triumph and emotion felt by American Jewish troops as they celebrated a belated Purim, after a week of heavy battle, in a castle owned by Joseph Goebbels. This is a must-read, and check out this moving quote: “Jewish and non-Jewish soldiers were in the audience, and the Jews explained to their Christian comrades about Haman and why it was so fitting that Purim services should be held in a castle belonging to Goebbels.”

6) 1962:  “Jewish Commuters Celebrate Purim on Train; Megillah Read by Rabbi”
An inspiring tale of a Megillah reading on the Long Island Railroad in the early ’60s. Groggers were apparently included, making the noise, drinking and chaos level roughly similar to a typical LIRR Saturday night.

7) 1969: “Irish Jews Celebrate St. Patrick’s Day and Purim With a Reigning ‘Colleen Queen'”
A magnificent organization called “The Loyal League of Yiddish Sons of Erin,” an organization of Jews born in Ireland, took it upon themselves to combine two famously drunken holidays. Despite the chaos that no doubt ensued, they took the time to crown a “Colleen Queen Esther”! No word on whether they baked up any green hamantaschen, though.

8) 1975: “Pennies for Heaven”
In this Peretz-esque story, three Lubavitcher Hasidim were stopped by a cop suspicious of the fact that their car was “sagging under the weight of nearly 300,000 pennies” intended for distribution to charity on Purim:

Our representative told him, “We are Lubavitcher Hasidim and crime is the furthest thing from our minds,” Rabbi Butman said. At that, the officer put away his gun and said, “I’m sorry for the trouble.”

9) 1989: “Esther, Rambo and Even Snow Mark Purim Holiday in Tel Aviv”
Nostalgic for the ’80s? Then this is the Purim story for you. Apparently, kids in 1980s Israel dressed up as Rambo “and even miniature versions of Alexis and Crystal from television’s ‘Dynasty’ series.” Also, a Mount Hermon ski resort dumped a ton of artificial snow for kids to play in! Don’t stop believin’, Tel Aviv.

10) 1994: “The Vodka Is Coming, the Kosher Vodka Is Coming”
Ending on a boozy note, this piece narrates the tale of a German Jewish family famous for their kosher Polish vodka who started peddling their potent product in America. Aiming to “make Jewish culture known via vodka” (oy), the Nissenbaums gave several brands Jewish names. The kicker? “These vodkas all contain 40 percent alcohol. But if that is too weak for your tastes, try the Purim version, which contains 50 percent alcohol.”