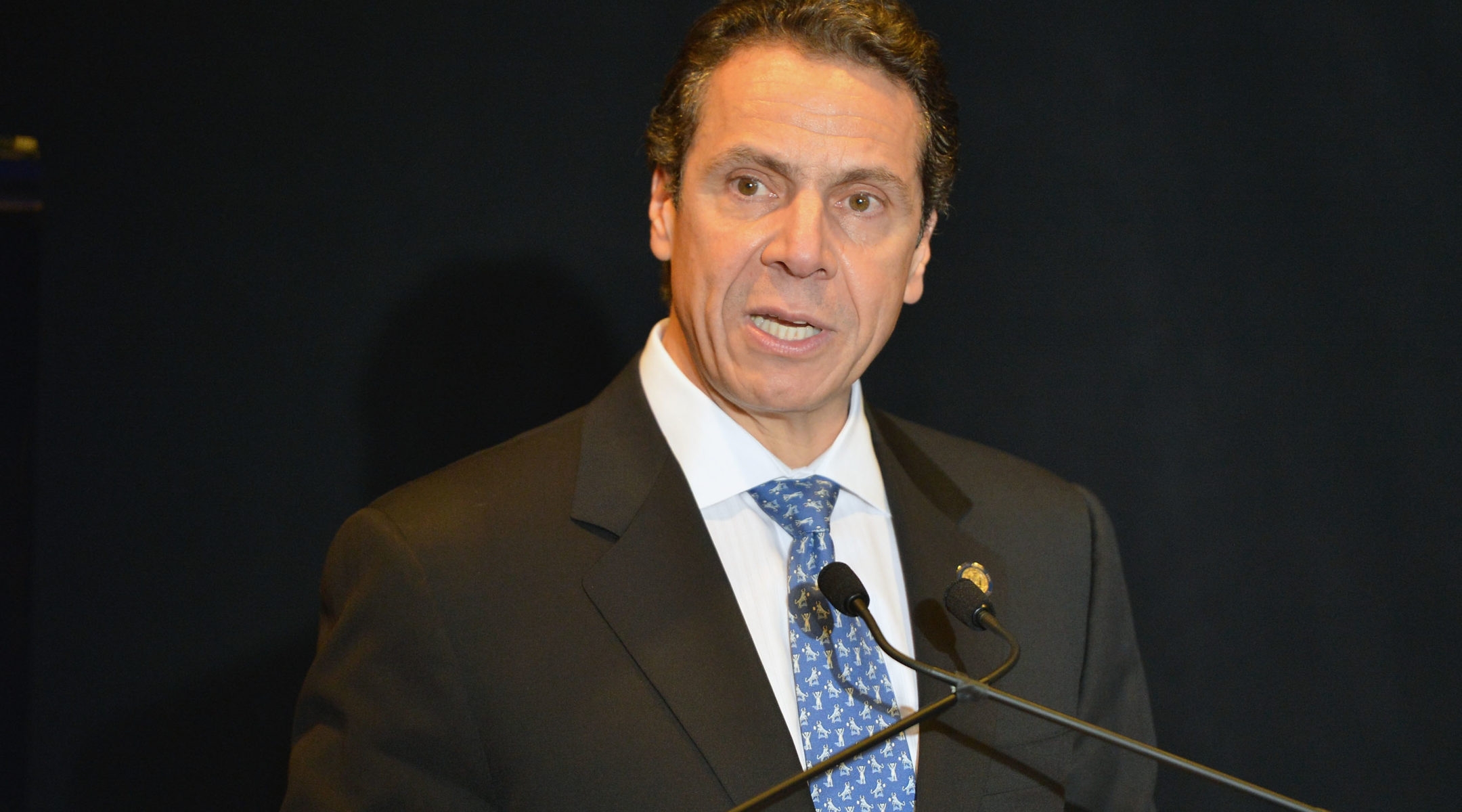 ALBANY, N.Y. (JTA) — Washington has little trouble commanding the collective attention of the organized Jewish community. But for those who care about increasing funding for Jewish education, reining in out-of-control costs at day schools and seeking to ease crushing tuition burdens, the place to watch this month is Albany.

Right now several education initiatives are being considered in New York’s state capital that have national implications for Jewish schools.

A proposed education tax credit, if enacted, would immediately be one of the nation’s largest new programs to support nonpublic schools. The State Senate legislation proposal would allow up to $275 million to be donated for scholarships at private schools over the next two years. Children whose families earn up to $500,000 would be eligible to take advantage of the scholarships.

In addition, a universal pre-kindergarten program backed by Gov. Andrew Cuomo seems likely to pass this year. A statewide universal pre-K program has the potential to provide funding for our youngest children at their earliest entry point for Jewish education.

Meanwhile, a new funding formula for the Comprehensive Attendance Policy and Mandated Services Reimbursement programs, two state initiatives providing funding for anti-truancy programs and mandated services required of private schools, is in the mix as well. These programs are already part of nearly every school’s budget, but an increase in funding — now being negotiated among state government leaders — would help schools tremendously.

Finally, the State Assembly’s Democratic majority, led by Speaker Sheldon Silver, is calling for a $317 million allocation to nonpublic schools from the governor’s proposed $2 billion school technology bond. Put another way, that means $770 per private school student in New York State. That’s a real infusion to help upgrade the technology that will prepare our students for tomorrow’s job market.

Several other states already have some of the kinds of programs pending in Albany. Pennsylvania’s education tax credit program has yielded millions of dollars in scholarship funds for Jewish day schools over the past seven years, and Florida’s tax credit scholarship programs have done the same there. New Jersey provides some funds for technology needs in nonpublic schools as well as pre-K funding in select counties.

New York State, however, is home to a majority of the country’s Jewish day school students. Under the current tax credit proposal, the potential funding for New York Jewish day schools — and the number of children benefiting — could easily dwarf all existing state programs. The tax credit program could provide millions of dollars for scholarships to our community’s middle-income families, relieving schools of a significant portion of that responsibility.

The adoption of such a program in New York could have a transformative effect nationally. While Florida is reliably Republican, and Pennsylvania is a swing state, New York is a solidly “blue” state. If New York passes such a wide-ranging educational tax credit, it would signal to other state legislatures — irrespective of their partisan tilts — that such a program is an acceptable method of providing more educational opportunity.

The universal pre-K initiative would also be a game changer for Jewish education. Last year Jewish Federations of North America called for free Jewish preschool for every Jewish family. This legislation would provide an opportunity to make that proposal a reality in New York State.

The passage of any of the educational initiatives being discussed in New York would have a profound impact on the state’s Jewish community. The passage of all these initiatives could reverberate in state capitals around the country. Wherever we live, we should be watching closely and adding our voices in support of legislative efforts that have the potential to change Jewish education for generations.

(Maury Litwack is the director of state political affairs for OU Advocacy, the nonpartisan public policy arm of the Orthodox Union.)