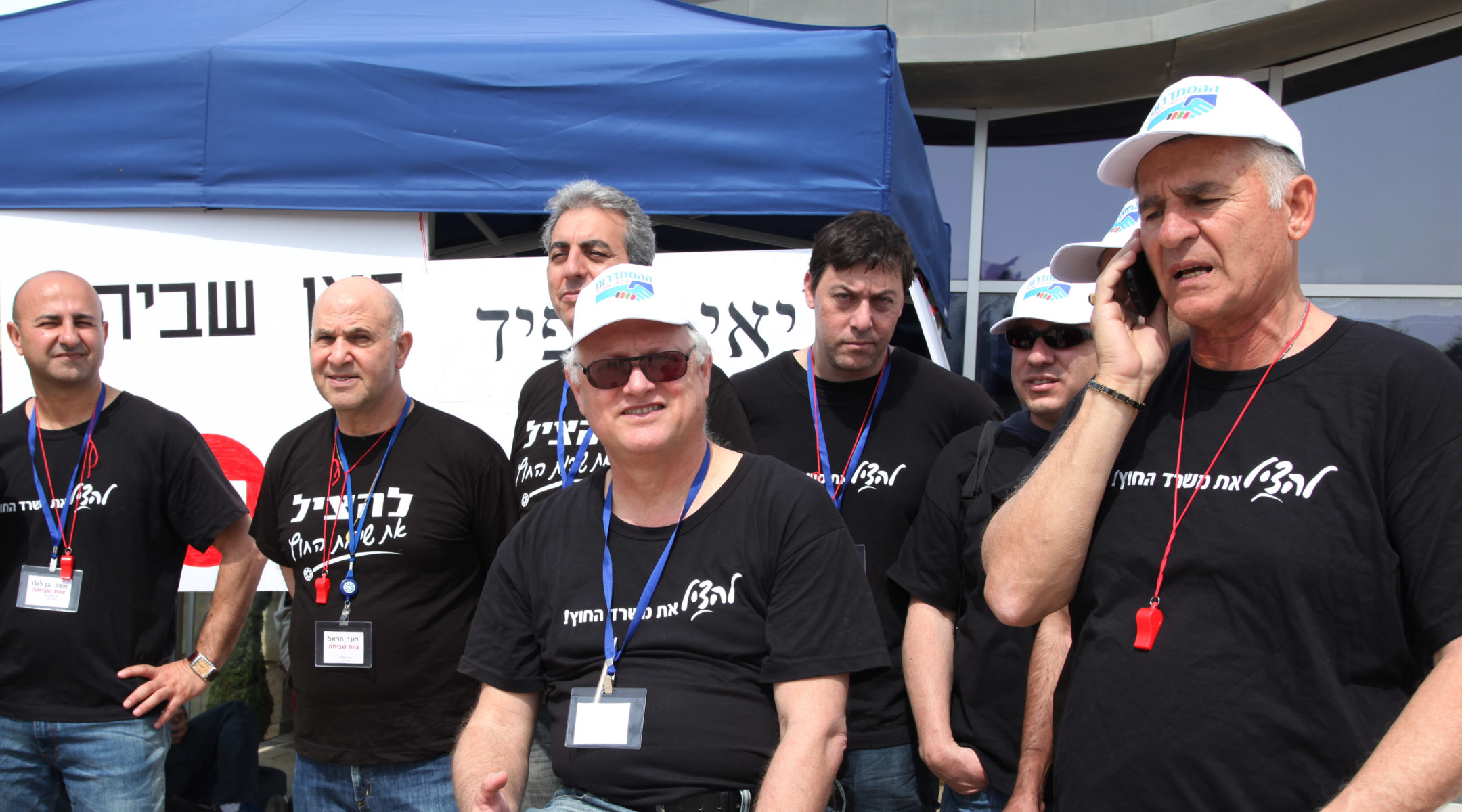 JERUSALEM (JTA) — Employees of the Foreign Ministry in Israel declared a general strike, shutting down the country’s 103 embassies, consulates and diplomatic missions around the world.

The strike, which is open ended, was called on Sunday following two weeks of labor sanctions and seven months of mediation.

Employees are protesting, among other things, salary cuts, low pensions and poor compensation packages offered to spouses of overseas diplomats. They have been trying for more than a year to improve their working conditions.

The strike could torpedo a planned visit by Pope Francis in May. Limited sanctions initiated two weeks ago caused Prime Minister Benjamin Netanyahu to cancel a trip to Latin America.

Damage to Israel’s economy due to the work dispute has totaled millions of dollars.