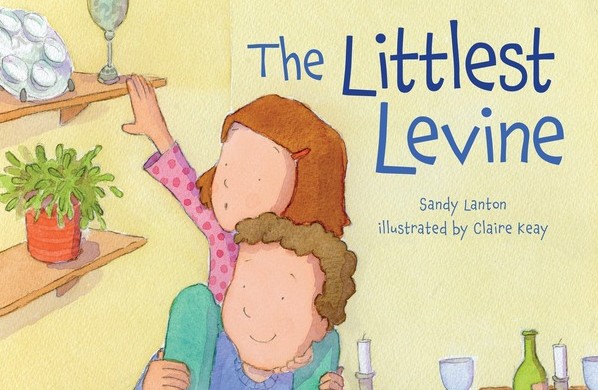 In "The Littlest Levine," young Hannah prepares for her moment in the seder spotlight with her grandfather. (Courtesy Kar-Ben Publishing)
Advertisement

BOSTON (JTA) — Frolicking frogs and magical matzah balls are featured in this season’s crop of new Passover books for children that are sure to engage, inform, entertain and inspire. 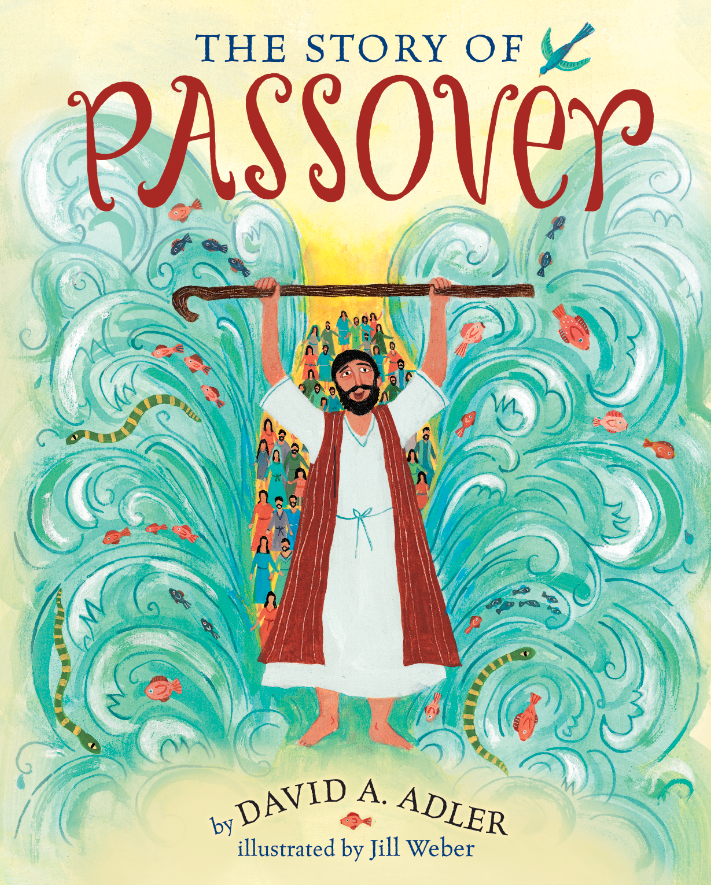 David A. Adler in “The Story of Passover” provides little-known answers to some intriguing questions. (Courtesy Holiday House)

He says he likes to appeal to readers of any Jewish background, whether from traditional, observant Jewish families or those who are interested in learning about Passover.

“I like my books to be open and acceptable to all,” Adler tells JTA.

With his author’s note on the seder, Adler offers little-known answers to intriguing questions that spark the curiosity of a broad audience.

Other titles this year include “Frogs in the Bed,” offering an engaging book version of a lively Passover song, and “Stone Soup with Matzoh Balls,” which provides a delightful spin on a familiar folk tale.

Passover, which this year begins on the evening of April 14, provides an endless source of inspiration for writers of children’s books. Among the dozens that line library shelves, some recount the biblical Exodus, others retell Jewish folktales or tales of Elijah the Prophet, who figures so prominently in the seder.

Contemporary stories depict families celebrating Passover, and activity books and children’s Haggadahs promise to engage kids with puzzles, songs and jokes through the long night of the Passover seder.

The winner of the 2014 Sydney Taylor Book Award for young readers given by the Association of Jewish Libraries is a Passover story, “The Longest Night,” by Laurel Snyder, illustrated by Catia Chien. The beautifully illustrated book is told in poetic rhyme from the perspective of a young girl as if she were an Israelite slave living through the Exodus from Egypt.

The following is the new crop of children’s books for Passover:

The story that is retold at the Passover seder begins 3,000 years ago in the biblical days of Jacob as he settles in Egypt. Readers learn how the Israelites become slaves and follow Moses as he is raised by Pharaoh’s daughter in the palace and later as he leads the Israelites out of Egypt.

Weber’s detailed illustrations evoke the color palette and landscape of ancient Egypt . She gently conveys the suffering of the Egyptians through the plagues and the triumph of the Israelites in a fantasy-like drawing as they cross the Red Sea into freedom.

Frogs in the Bed
My Passover Seder Activity Book
Ann D. Koffsky, based on the song by Shirley Cohen Steinberg
Behrman House ($7.95); ages 4-7

Young kids will have fun with the frolicking frogs in a book that also includes a comic book story and activities for before or during the seder. Koffsky’s colorful, cartoon-like illustrations animate the song. Cute frogs turn up everywhere Pharaoh goes. They also pop up out of chandeliers and juggle fruit.

The book includes the Four Questions, as well as mazes and other seder-related distractions. An easy set of instructions with shapes to trace lets kids make their own jumping froggy. The sheet music is included. 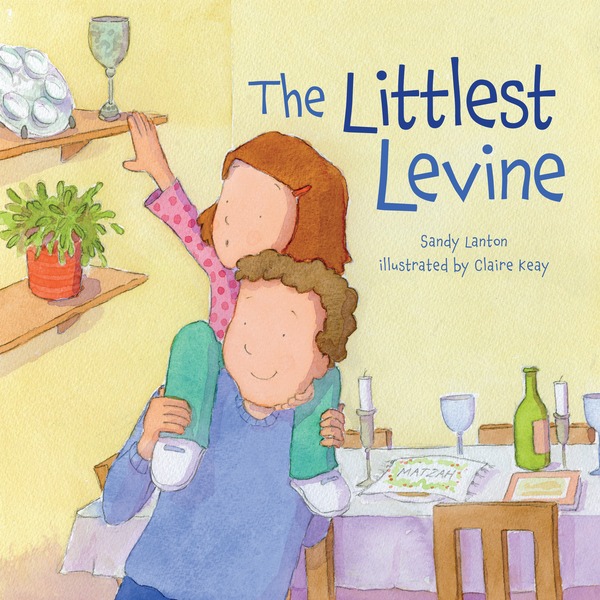 In “The Littlest Levine,” young Hannah prepares for her moment in the seder spotlight with her grandfather. (Courtesy Kar-Ben Publishing)

Hannah Levine is not happy about being the littlest (and youngest) one in her family, with two older siblings who do all the things she isn’t allowed to do yet. Her grandfather, who lives with the family, keeps reassuring her, “Your holiday is coming, my littlest Levine.” As Passover nears, he makes her feel special, teaching her the Four Questions. When it’s time for the seder, Hannah is ready to enjoy the spotlight.

This charming intergenerational story will strike a chord for many kids and may help those who are a tad reluctant to recite the Four Questions. Keay’s brightly colored illustrations are active, warm and upbeat.

Max is ready for Passover.The endearing young boy knows the Four Questions and can tell his baby sister why Passover is different from all other nights. He’s also eager to bake his artist mom a Passover birthday cake. But with the baby in the house, his dad gets a bit distracted.

Losing patience and with little time to spare, the ingenious young fellow takes matters into his own hands. He creates a memorable cake all by himself. The recipe for a Hurry, Hurry, Hurry Cake is included. Santoso’s bright, lively illustrations place readers right in the action.

In Jewish folk tradition, Chelm is known as a make-believe town filled with naïve fools who, despite themselves, manage to impart wisdom with a huge dose of humor. In this delightful story, Linda Glaser gives a Chelm spin to a tale told in many cultures around the world.

On the eve of Passover, a poor ragged stranger arrives in the village and asks if anyone will invite him in to share the holiday. He quotes from the Haggadah, “All who are hungry come and eat.” He sparks their interest by telling them he can make a pot of matzah ball soup from only a stone. With clever prodding, he gets the villagers to create a huge pot of delicious soup, with light and fluffy matzah balls. Maryam Tabatabaei’s expressive illustrations are a perfect match for the humorous story, evoking the Old World village with a playful tone.

This colorful photo essay narrated by a young person offers up something new and unexpected for the holiday. “Why is this seder different from all others?” the book asks on its opening page. “Because this year we are celebrating Passover in the desert.”

Readers of all ages will be fascinated as they follow Rabbi Jamie and a large group of people on a hike through the sands and magnificent stone arches that fill Israel’s Moab desert landscape. The adventure invites readers to imagine what it might have been like for ancient Israelites to wander the desert in the Exodus story.