From farm to seder table: Locally grown matzah on the rise 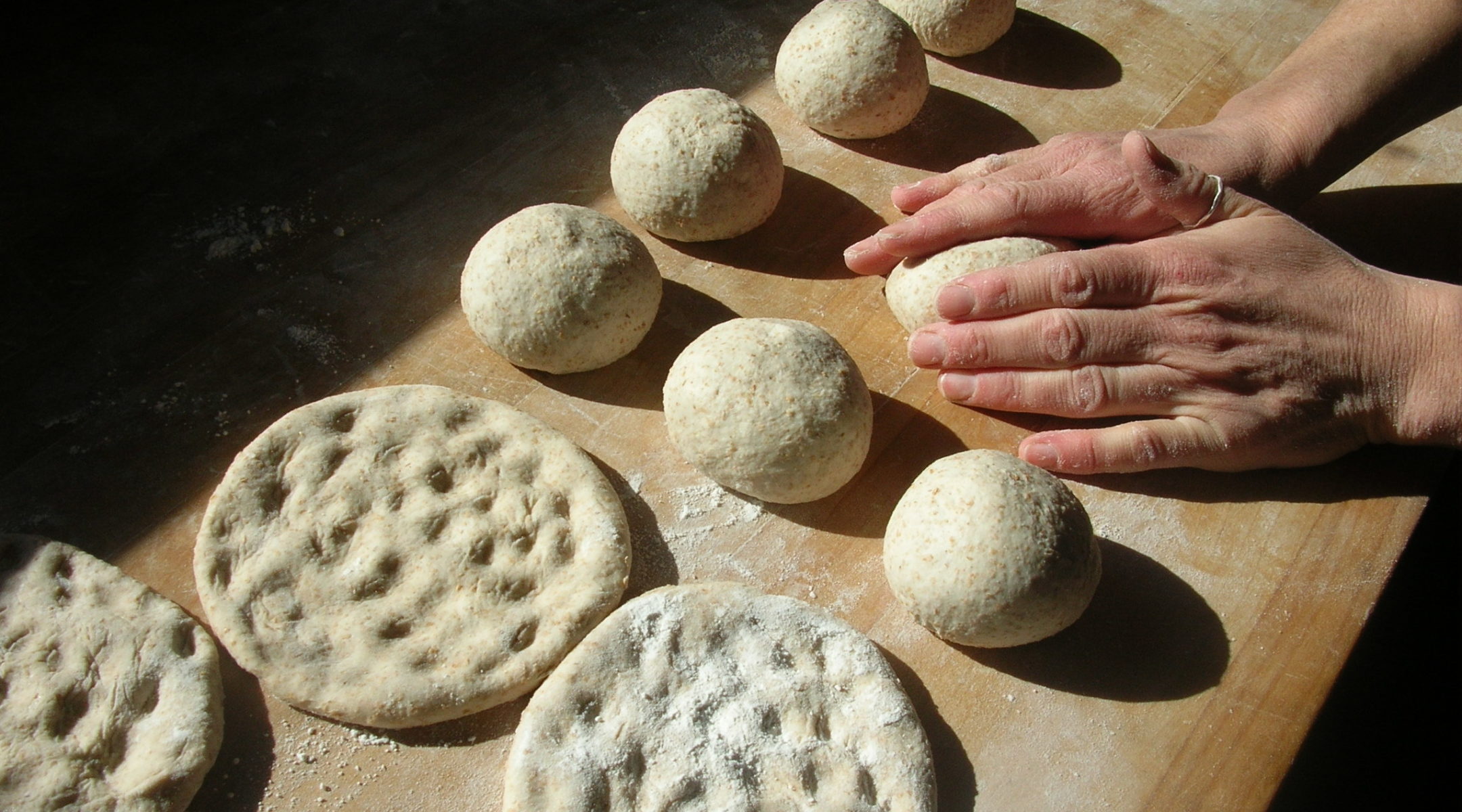 NEW YORK (JTA) — In their small farmhouse bakery in Vermont, Doug Freilich and Julie Sperling work round the clock producing matzah in the period preceding Passover — a matzah that feels ancient and modern at once.

Using a mix of grain they grow on their own farm and wheat sourced from other local farmers, the couple create hundreds of pieces of the wholesome unleavened bread they call Vermatzah.

“The idea came because of our initial interest in growing grains, looking at them from the harvest to the baking in a very simple sense, and highlighting grains that have good flavor,” Freilich told JTA. “We celebrate our own Passover each year, we go through the matzah-making ritual for both the spring awakening and remembering the storytelling of this holiday.”

Freilich and Sperling, co-owners of the Naga Bakehouse in Middletown Springs, Vt., are among American Jewish bakers looking at new ways to create matzah in ways that dovetail with the concerns of an age of foodies and locally sourced groceries.

They are joined in the process by their teenage children, Ticho and Ellis.

“Between the four of us, we are working each and every piece by hand: they are handmade with fingerprints, and heart, and soul,” Freilich said. “Our matzahs are tinted and kissed by the fire of the wood oven.”

At the end of the labor-intensive process, each matzah is wrapped in parchment paper and hand tied before being sent off — with a bonus seed packet of wheatberries from the family’s farm — to prospective customers throughout the country.

Vermatzah is primarily available in Vermont, New York and Massachusetts, but Freilich says a huge increase in Web orders means the product is now making it across the United States.

Freilich and Sperling have been making Vermatzah for six years. Now others are beginning to embrace matzah’s role in the farm-to-table trend.

The Yiddish Farm, an eclectic collective in Goshen, N.Y., that combines Yiddish language instruction with agriculture, is producing its own matzah this year baked with grain grown in its fields.

The matzah will be whole wheat and shmurah — a ritual designation for matzah that refers to a process of careful supervision which begins when the matzah’s grain is in the field and doesn’t stop until the matzah is baked. The process involves planting, combine-harvesting, reaping, milling and sifting at the Yiddish Farm, according to the Forward.

The end result is a locavore’s matzah dream that will travel from Goshen, in upstate New York, to Manhattan and New Jersey prior to Passover.

For Anne Kostroski, the owner of Crumb Bakery in Chicago, making her own matzah has less to do with food ideology than more practical matters.

“I don’t like eating store-bought matzah because I think it tastes awful,” she said, laughing.

Kostroski, 41, has been making her own signature matzah for nearly 10 years, since her conversion to Judaism in the mid-1990s.

“The matzah I make is made with honey, locally sourced eggs, black pepper and olive oil,” Kostroski said. “It’s flat and crunchy, but not as dry as the regular store-bought plain matzah. There’s a hint of heat and sweetness that makes matzah more interesting.”

For Kostroski, matzah making has been a part of her Jewish journey, even when she hasn’t been able to attend synagogue regularly under the strain of a baker’s life. Matzah creates a feeling of connection with history and tradition, she explains.

And her homemade matzah, which she sells at farmer’s markets, her Chicago eatery, the Sauce and Bread Kitchen, and by pre-order — is made lovingly and painstakingly by hand.

“I came across this recipe in 1995 and I started making it, and I’ve been making it ever since,” Kostroski said. “People are not expecting different types of matzah — they expect something flavorless, and it doesn’t have to be.”