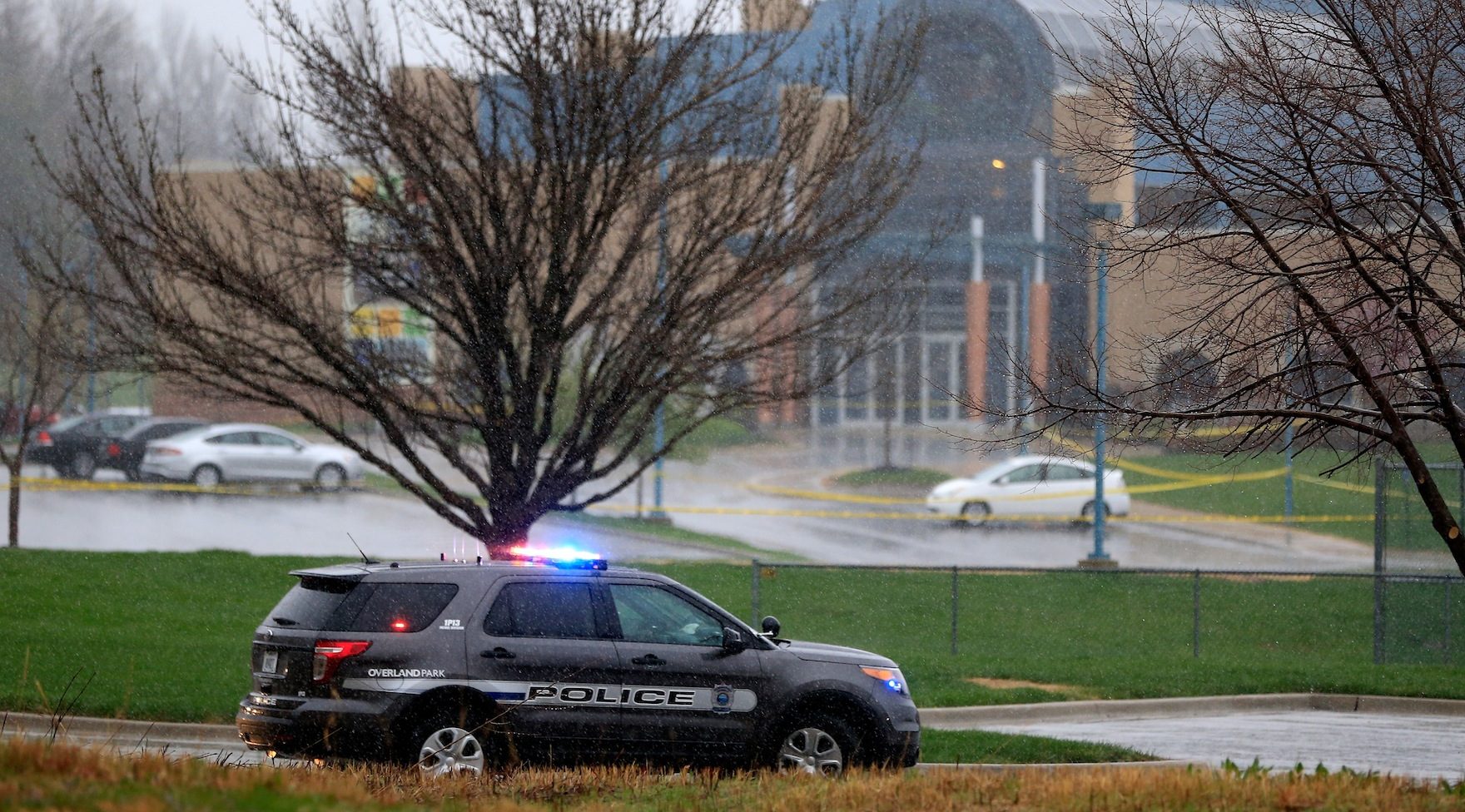 (JTA) — Three people were killed in shootings by a gunman at a JCC and a Jewish assisted-living facility in suburban Kansas City, Kan.

One person was in police custody for the shootings on Sunday at the Jewish Community Center of Greater Kansas City in Overland Park, Kan., at about 1 p.m. and at Village Shalom in Leawood three blocks away, according to local news reports.

The dead were a teenager auditioning for a show at the JCC and his grandfather, and a female resident of the retirement community.

Overland Park Police Chief John Douglass said at a news conference that the man in custody was in his 70s, had a beard and was not from Kansas. He said the gunman used a shotgun; police were investigating whether he also used a handgun and an assault rifle.

The suspect was later identified as Frazier Glenn Miller, 73, of Aurora, Mo., a white supremacist.

The chief said it was too early to call the attack a hate crime and that there was no indication the gunman knew his victims.

“It’s too early in the investigation to try and label it,” Douglass said, adding however that with “two Jewish facilities, one might make that assumption.”

The Secure Community Network, the security affiliate of national Jewish groups, asked communities nationwide to increase security measures, but urged Jews to attend services and other Passover-related events as they had planned before the shooting.

“They need to review secure plans and reach out to police partners to ensure that they work closely with the Jewish community over the next couple of says — review, test and exercise their response plans,” SCN director Paul Goldenberg told JTA. “They need to trust their instincts and err on the side of caution.”

“The community has worked really really hard to maintain a safe environment and we have worked with them,” he said.

Goldenberg said it was critical that Jews carry on with their Passover plans.

“The Passover celebration is a precious moment for American Jews, and an act such as this should not keep from keep from synagogues, celebrations and Jewish centers,” he said.

Rabbi Herbert Mandl, who works with the Overland Park police, told CNN that the gunman asked people if they were Jewish.

“If you answered yes, you were shot,” Mandl said.

Miller was apprehended at a nearby elementary school and was heard yelling “heil Hitler,” according to KSHB-TV.

Karen Aroesty, the director of the local Anti-Defamation League office, cautioned against drawing conclusions about the attack until more details were known.

“People have anxiety, and when there is a Jewish institution involved, the first reflex is to go the negative as soon as possible,” she said.

Douglass echoed the caution, saying, “While there is a lot of innuendo and a lot of rumors floating around, there is really not a lot of information.”

“The law enforcement response so far has been very quick and substantive,” she said.

Both victims were killed outside the JCC.

“My son and I were walking into the Jewish Community Center this afternoon for an umpire clinic, around the west side, and all of the sudden we heard a gunshot, a pretty loud gunshot,” Mike Metcalf, an area resident, told Fox News. “I turned to look to my right and I can see a man standing outside a car with a shotgun, what to me looked like a shotgun, and there was somebody laying on the ground.”

A JCC member, Mark Brodky, told a KSHB photographer that the gunman shot the windows out of his car after pointing the gun at him.

The assisted-living center remained under lockdown following the attack, which came a day before the start of Passover on Monday evening.