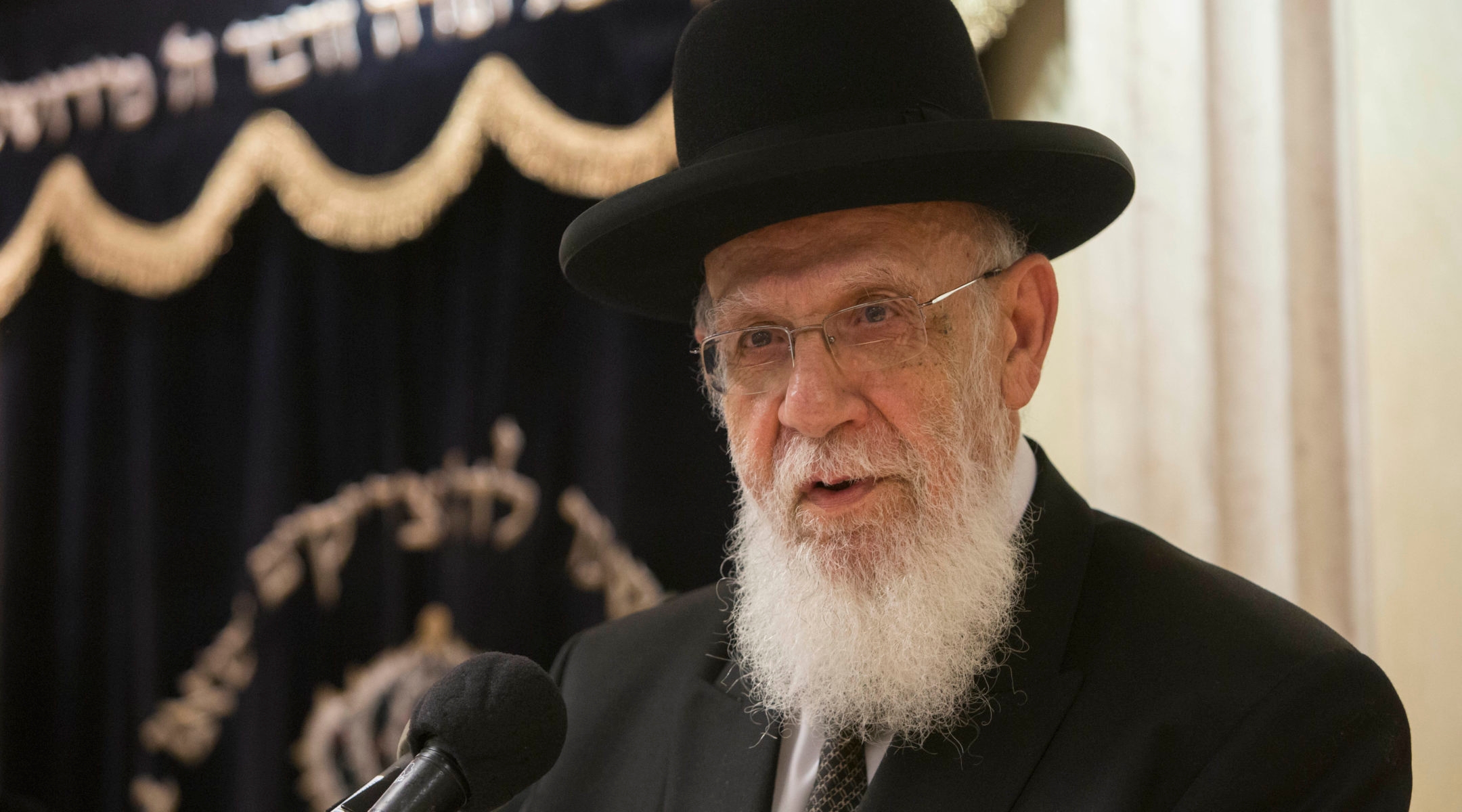 Rabbi Shalom Cohen of the Shas Party Council of Torah Sages and head of the Porat Yosef yeshiva speaks in Jerusalem in July 2013. (Yonatan Sindel/Flash90)
Advertisement

(JTA) — Shalom Cohen, a rabbi known for his hostility toward modern Orthodox and secular Israeli Jews, was appointed spiritual leader of the Orthodox, Sephardi Shas Party.

Shortly after being announced as Yosef’s successor, Cohen reiterated his criticism of Israeli Jews who are not haredi.

“They hate us, all the ignoramuses of the Jewish Home and Yesh Atid,” Cohen said, referencing the Zionist Orthodox party headed by Naftali Bennett and the secularist party headed by Yair Lapid, respectively. “There is no difference between the two. The Ha-Kadosh barukh Hu [God] wants us to stay away from them. They are there, we are here. They will pursue their nonsense, we will pursue our holy Torah.”

Cohen, who is considered a close ally of Shas political boss Aryeh Deri, last year called Zionist Orthodox Jews “Amalek” — an extinct people that the Torah singles out for total annihilation for what is described as their cruelty to Jews.

According to Army Radio analyst Yair Sharki, Cohen’s first speech as spiritual leader marked a more separatist and hardline world view than that of Yosef.

Shas’ political party, the “World Union of Sefardi Observers of the Torah,” currently has 11 seats out of 120 in the Knesset and is not part of the coalition. Its pragmatic approach to issues connected to security and peace and other subjects that are not connected to religion and welfare has allowed it to join rightist as well as leftist coalitions, where it has used its clout to promote the movement’s massive welfare and religious education systems.

This strategy and several corruption scandals by Shas politicians have antagonized many secular and moderate religious Israelis, who form the voter bases of Yesh Atid and the Jewish Home, respectively.

Yesh Atid, which is a coalition party, has vowed not to stay in government if Shas joins.