Op-Ed: The pulpit isn’t the place for Israel criticism 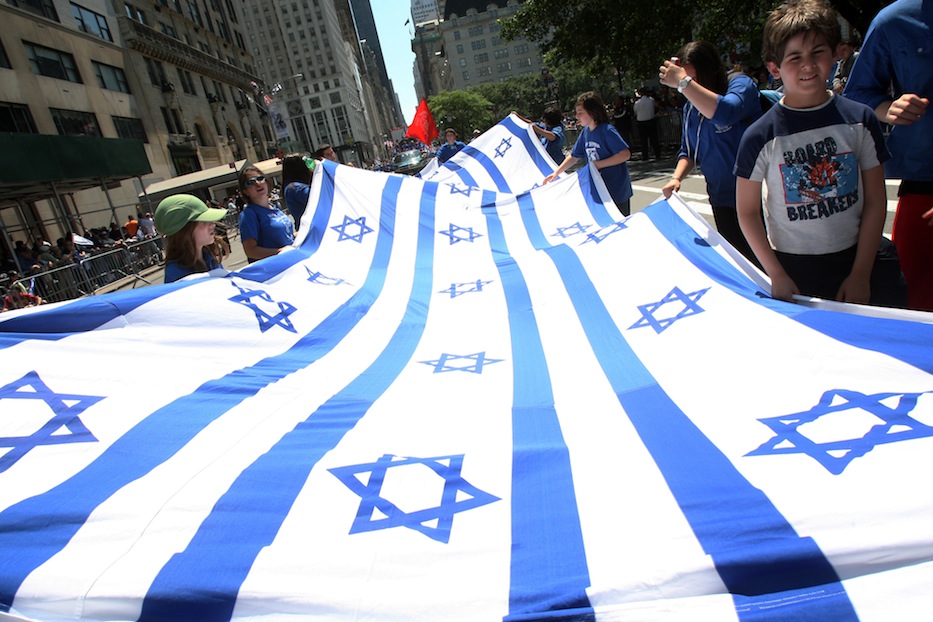 Participants in the annual Salute to Israel Parade march in New York on May 31, 2009 in New York. (Hiroko Masuike/Getty Images)
Advertisement

NEW YORK (JTA) — Freedom of the pulpit is a cherished Jewish value, yet some rabbis hesitate to share their “true views” about Israeli policy from the pulpit, as a study last year from the Jewish Council for Public Affairs found.

There is virtue in such reticence.

Israel needs many things, but one thing it does not need is more public criticism, which is ubiquitous. Some is legitimate but lacks context. Much of it is exaggerated, unfair, uninformed or plainly wrong.

Increasingly, it lurches from offensive to anti-Semitic, rationalizing the shortcomings of Israel’s adversaries and ignoring the worst abuses of others, focusing exclusively and obsessively on the Jewish state. This willful blindness finds expression in such things as the blatantly anti-Semitic “study guide” on Zionism circulated by the Presbyterian Church (U.S.A.) and the immoral, hypocritical and pernicious boycott, divestment and sanctions movement, which denies the legitimacy of a democratic Jewish state, even alongside a Palestinian one.

Some organizations on the left define themselves as pro-Israel but welcome, defend and provide a forum to BDS supporters, engage in public criticism of Israel heedless of how it is exploited by its adversaries, prescribe policies its government should follow and urge the United States to pressure Israel to adopt them. Others, on the right, profess to love Israel but oppose compromises its government is prepared to make for peace and agitate against such measures.

All such entities exhibit implicit disrespect for Israel as a democracy. They believe they understand Israel’s best interests better than Israel does, that Israel cannot be trusted to do the right thing absent outside influence, and that they know best what risks Israel should take and sacrifices it must make, even though they will not have to face or bear them.

I prefer, instead, to heed the approach outlined by the Central Conference of American Rabbis in its Centenary Platform on Reform Judaism and Zionism. This document lists “political support” as the first of “our obligations to Israel.”

Indeed, Israel’s security depends on broad bipartisan political support for the U.S.-Israel alliance, regardless which party controls Congress, the White House or the Knesset.

This is especially urgent when the leaders of Iran, the foremost state sponsor of terrorism, deny the Holocaust and quite evidently seek the capacity to threaten or perpetrate another. And when the latest round of U.S.-sponsored Israeli-Palestinian peace talks teeters on the brink in the face of Palestinian Authority President Mahmoud Abbas’ updated version of Khartoum’s three No’s: no recognition of Israel as a Jewish state, no compromise on the claimed “right of return,” no commitment that a peace agreement would end the conflict.

I am not suggesting that we pretend Israel is perfect, ignore the complex moral challenges it faces, disregard its occasional failures or excesses in the exercise of power, or encourage unquestioning approval of whatever its government does. Ardent support for Israel does not permit us to deny that Palestinians, too, have rights that deserve acknowledgment and suffer hardships no one would willingly bear.

But, for example, when Israel’s security barrier is described with preposterous obscenities like “apartheid wall,” we are morally obliged to make it clear that Palestinian terrorism preceded the security barrier and not the other way around. Whatever one’s view of settlements and “the occupation,” they are not the conflict’s origins but its manifestations, and they will not be resolved by boycotts, denunciations or unilateral measures, but only by a permanent peace agreement that the parties alone can achieve.

Ecclesiastes notes, “There is … a time for silence and a time for speaking.” The challenge for rabbis, individually and collectively, is determining which time it is, and when the time comes for words, to choose them with utmost care.

Where Israel is concerned, rabbis have a primary duty: to nurture ahavat yisrael — love for, identification with and attachment, loyalty and commitment to the Jewish state, its imperfections notwithstanding. The highest and best use of our pulpits and voices is not to focus on Israel’s flaws but its virtues, to rebut distortions, oversimplifications and falsehoods, to provide context and perspective.

Our job as rabbis is to acquaint people with the vibrant democracy that guarantees freedom of speech, press, religion and assembly, and where women, Arabs, religious minorities and gay and lesbian persons enjoy rights, protections and opportunities unknown elsewhere in the region. It is to highlight the Israel that has sent humanitarian aid and emergency relief missions to more than 140 countries, rescued tens of thousands of Ethiopian Jews and recently provided medical care to more than 700 wounded Syrians. It is to showcase the Israel whose myriad innovations in science, medicine and technology are contributing so much to humanity.

As rabbis, we should be reminding the world that Israel is infinitely more than the sum of its conflicts.

(Rabbi Richard A. Block is president of the Central Conference of American Rabbis.)