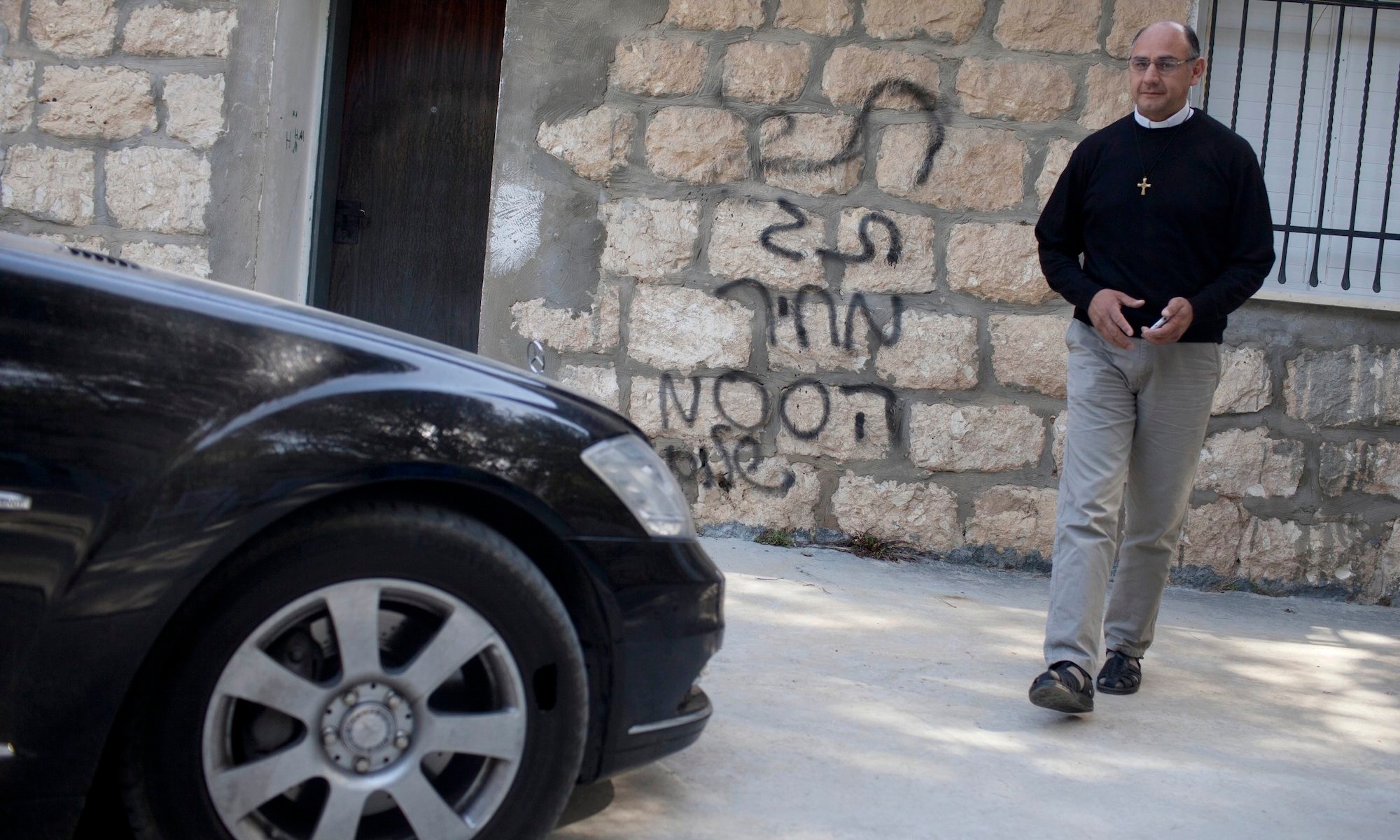 Slashed tires and hate-graffiti spray painted on the Catholic monastery of Deir Rafat, located outside of Jerusalem. April 1, 2014. (FLASH90)
Advertisement

(JTA) — Israel’s justice minister and chief negotiator with the Palestinians, Tzipi Livni, said the peace process may fail because of radical settlers.

“This is a hardcore ideological group whose center is in a certain settlement in Judea and Samaria, which does not accept any authority,” Livni, the leader of the Hatnua Party, said Friday in an interview with Army Radio.

She singled out the perpetrators of “price tag” attacks, assaults or cases of intimidation directed at Palestinians, security forces or left-wing Israelis.

“They want to prevent us from leading reasonable lives here and object to the values of the State of Israel, in which we believe,” she said, referring to the perpetrators of “price tag” attacks. “Politically, too, they are the ones who would prevent us [from reaching] a settlement.”

On Thursday, a Nazareth court extended by seven days the remand of a 25-year-old man who was arrested while slashing tires of cars belonging to Arab Israelis. The man, who was not named in reports by Israeli media, is denying any wrongdoing.

A court in Jerusalem on Thursday released the right-wing activist Amihai Matoki, whom police suspect of trying to burn down a mosque in the central city of Umm al Fahm last month.

A third suspect, Eliraz Fein, was released to house arrest pending an investigation into statements that endorse targeting Israeli troops. Police say that Fein, who lives in the West Bank settlement of Yitzhar, made them in writing while corresponding online with other settlers.